East Africa: Is Rwanda and Uganda Starting a Chill in Their Relationship? 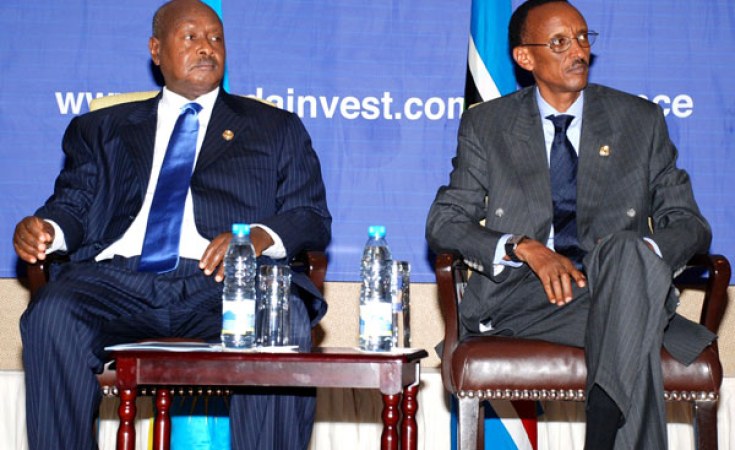 Uganda and Rwanda enjoy a very close, strategic relationship. Many of RPF's founders had their start in NRA and the bush war in 1981-1985. After RPF's initially botched invasion of Rwanda in 1990, NRA came to their rescue and riding on the ancient regime's bloody call to arms to execute Tutsi's and moderate Hutu's captured state power.

The rise and rise of Rwanda and story of the rise, regression, not so fanciful rise of Uganda have been written about many times, no need to repeat anything here. After a few years of visiting Kigali, appreciating the good and not so good things about it, and living in Uganda, a few things are clear.

First is the fusion of the historical and political identities of the leadership both in Rwanda and Uganda and the legitimacy it confers upon them. In Rwanda, there is a formal end to the post-colonial identity, the former Belgian colony with strong French ties and affiliated institutions that is more or less in place after Rwanda became a member of the Commonwealth.

In Uganda, this colonial history has waned slowly. Uganda still carries bags for the West, but the national identity is now more closely aligned with NRM's own assumption of power. Where RPF has thrived on purges, in Uganda, men and women of honour periodically board and fall of the bus.

Both Kagame and Museveni are strong characters, yet Museveni occasionally allows the citizens to spit on him, fold their hands as his convoy shuttles between Kampala and Entebbe, occasionally peering behind a newspaper.

In the Uganda-Rwanda relationship, diplomatic ties have gone through a number of phases, but Rwanda-Uganda affairs are primarily transacted through the presidents themselves. Foreign minister Sam Kutesa is married to a Rwandan national, but one would hardly say the Foreign ministry is a major contact for bilateral relations.

Then it gets tricky, for years, with Ugandan government support, government engineered a new ethnic identity, Bafumbira to cater for residents of the southwest district of Kisoro. It was only in the CA when Banyarwanda settled in other parts of Uganda mostly Buganda rebelled and included Banyarwanda as an ethnic group in the Constitution.

This is one of the undercounted groups in Uganda [others are the Acholi, Itesots, Bakonjo and Baganda], who moved more in strange places. The war nearly disbanded Acholi hegemony and sustained cattle rustling ravaged Teso. The Bakonjo are "locked up" in a shrinking territory with relatives in the Congo and Ankole.

Many Banyarwanda live in Uganda and will continue to do so. In recent years, a quiet diaspora has been growing, people regularly travel from Uganda to attend weddings in Rwanda and a lesser extent Burundi. Many passport carrying Rwandans have lived full lives in Uganda and retired in Rwanda, former policemen, labourers and civil servants.

Their cousins settled in Uganda and after many years, travel home to catch up with family. This movement is mostly free. In the opposite direction is a partly true phenomenon of traffic into Uganda that is more controlled. Rwanda does not have the luxury of dishing out travel privileges for regime enemies and tricky persons leaving the country. These people are not poor and as the episode of Andrew Kaweesi's murder last March are very connected all the way to the top.

In intelligence, this creates a double agent problem. The smart people on this side of the border and the intelligence services are just slowly appreciating this problem. Rwanda expects almost 100 per cent sympathy in its efforts to keep Kigali kosher. In Uganda, falling off the bus into a ditch is not a big deal.

There is no news about a former minister wearing lugabire or riding shotgun on a boda boda. In Rwanda things are handled a bit differently if not violently. People in Uganda with ties to Rwanda sometimes look the other way, the way police may have accepted rendition and a very tricky interface with the guys across the border.

Inevitably personnel changes may have squeezed "pressure" on the other side.

Mr Ssemogerere is an Attorney-at-Law and an Advocate.

Why Museveni Called Off Trip to Free Trade Meeting

No Problems Between Rwanda and Uganda - Museveni
Tagged:
Copyright © 2018 The Monitor. All rights reserved. Distributed by AllAfrica Global Media (allAfrica.com). To contact the copyright holder directly for corrections — or for permission to republish or make other authorized use of this material, click here.