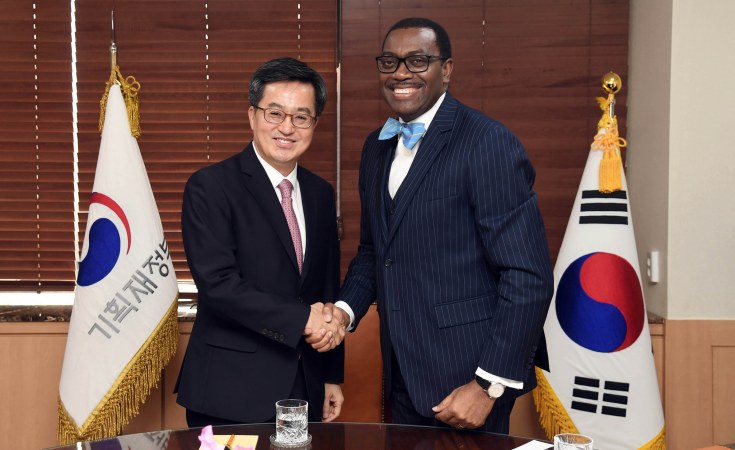 While Africa has enjoyed strong economic growth for almost two decades, the continent has not seen a commensurate rise in industrialization. On average, African industry generates merely US$700 of GDP per capita, which is barely a fifth in East Asia (US$3,400). In addition, African exports consist of low technology manufactures and unprocessed natural resources, which represent more than 80 percent of exports from Algeria, Angola or Nigeria, for example.

Africa's rapid industrialization holds the potential for a win-win scenario - for the world, and certainly for the continent. It would also help raise productivity by spurring technological progress and innovation while creating higher-skilled jobs in the formal sector; promote linkages between services and agricultural sectors; between rural and urban economies; and among consumers, intermediates and capital goods industries. Industrialization will also make the prices of manufactured exports less volatile or susceptible to long-term deterioration than those of primary goods, as well as help African countries escape dependence on primary commodity exports.

The theme is generating a lot of interest at a time when Korean and Asian companies are increasingly active in Africa. What lessons can Africa learn from Korea's development experience? Can relations between both regions, built on a win-win formula, enable Africa claim a more significant share of world trade? Can Afro-Asian commercial and financial ties favor the development of the African private sector? What are the most effective policy levers that could foster structural transformation on the continent? How can the continent learn from the experiences of Korea and leading African nations such as Mauritius, Morocco, Ethiopia, and Rwanda in the industrialization process? These and other questions will be debated during the African Development Bank Annual Meetings in Busan.

The Annual Meetings are one of the largest economic gatherings on the continent. Thousands of delegates, Heads of State, public and private sectors stakeholders, development partners and academics, will reflect on Africa's industrialization - one of the Bank's High 5 strategic priorities and an avenue to improve the living conditions of Africans. 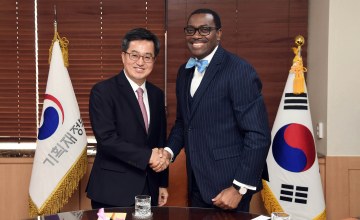 During the meetings, the Bank will organize a series of knowledge events to generate new ideas for developing and financing Africa's industrialization. Highlights of the meetings will include a high-level presidential panel on Accelerating African Industrialization: Bringing the future to the present. The panel will be a platform for political leaders from Africa and Korea to present their visions and strategies for industrialization as well as ideas for overcoming implementation challenges.

The Bank will launch the updated version of the African Economic Outlook (AEO) 2018 - the Bank's flagship economic publication. Several knowledge events are on the programme such as Pathways to Industrialization, where panelists will deliberate on the various trajectories African countries can follow towards sustainable industrialization. A panel on Future of Work and Industrialization will examine how Africa can adapt its educational systems and workers' skills to suit new economic realities, particularly for industrial development of the continent, among other sessions.

Journalists willing to take part in the Meetings are requested to send to the Bank a designation letter from their news organization at the following address: (media@afdb.org). Upon receipt of the letter, the Bank will send a personal code that will allow online registration. Online registration will close on May 13, 2018. Journalists from countries without Korean diplomatic representation should register early enough in order to get assistance from the Bank in obtaining a visa should they need one.

The African Development Bank will not cover transport and subsistence costs for journalists travelling to Busan.