The Congress of Northern Nigeria Christians, CNNC, Monday called on President Muhammad Buhari to do all within his powers to rescue Miss Leah Sharibu, the only Christian girl yet-to- be released by Boko Haram insurgents after the Dapchi school girls' abduction.

At a briefing in Kaduna, spokesman of the group, Larry Yammai said while it expressed joy with the parents of the other Dapchi girls over the release of their daughters, the hanging fate of the Christian girl still in captivity was a cause for concern.

Yammai said while the group rejoiced that other Dapchi students had been released and reunited with their families, the fate of Sharibu was still hanging in uncertainty.

"CNNC notes with great concern the abduction of yet another set of school girls. While we rejoice that almost all the girls have been released, we are heavily saddened that our daughter, Miss Leah Sharibu is still been held because of her faith.

"The truth is very obvious that the destruction project of Boko Haram is very much targeted at Christians. CNNC strongly condemns this evil tendency and urges President Buhari to urgentlyy intervene for the immediate release of this young girl," Yammai said.

On the Chibok girls, the CNNC spokesman said the group appreciated the effort of the Buhari government but went further to demand that the remaining Chibok girls and other victims be released without delay.

"It is ironical that the detained terrorists are being released in greater numbers in the name of de-radicalization while their captives are still being held," he lamented.

The CNNC, he added, also condemned the persisted herdsmen killings on a daily basis across the Middle Belt region and parts of some states in the south of the country.

The group also condemned what it described as lopsided appointments by the President, noting that, "qualified and loyal citizens from the North who are Christians are often turned away in their legitimate quest for jobs because of their faith."

"By the same reason, they are denied promotions. This unfair treatment should not have any place in the 21st century when all nations are seeking for quality and experience hands to develop themselves. Northern state government should please look into this matter and ensure that equity prevails in employment practices."

Nigeria's Freed Dapchi Girls Too Scared to Return to School 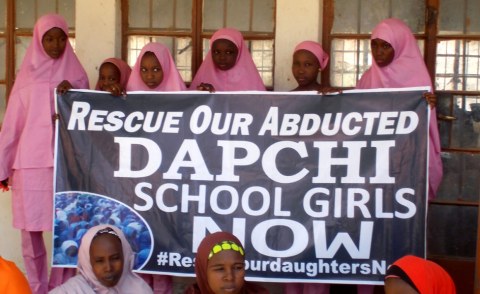 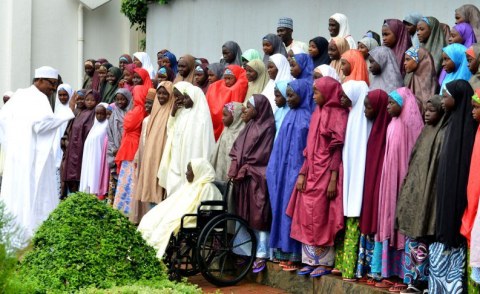 Nigeria's Dapchi Girls Defy Boko Haram, Return to School
Tagged:
Copyright © 2018 Vanguard. All rights reserved. Distributed by AllAfrica Global Media (allAfrica.com). To contact the copyright holder directly for corrections — or for permission to republish or make other authorized use of this material, click here.