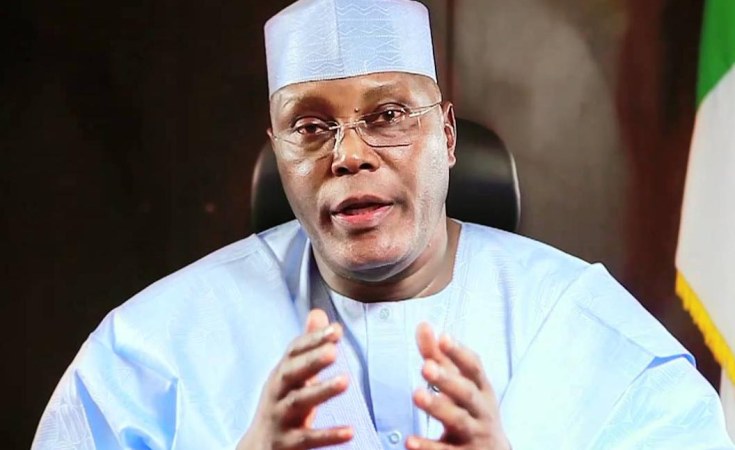 A former Vice President, Atiku Abubakar, on Tuesday formally declared his intention to run for president at the 2019 general elections.

He made the declaration in Port Harcourt, Rivers State, a report monitored on Channels Television said.

Mr. Abubakar was vice president between 1999 and 2007 on the platform of the Peoples Democratic Party (PDP).

In December, he dumped the ruling All Progressives Congress (APC) and returned to the PDP. Mr. Abubakar said he was on a mission to put Nigeria on the path of growth and set if free from the path of "serial failure" foisted on it by the ruling party.

According to him, since APC came to power about three years ago, it had destroyed all the major sectors, especially education, health and infrastructural sectors through inadequate budgetary allocations and releases.

"Since 2015, we have not seen a 100 kilometres road constructed by the APC federal government anywhere in the country. I have never seen Nigeria so divided along religious, ethnic and regional lines, as a result of the mismanagement of the APC."

He said he chose to make his presidential intention to run for president public in Rivers State because he believes Governor Nyesom Wike was the live wire of the party.

Mr. Abubakar was in Rivers State with some of his supporters, including a former National Chairman of the PDP, Okwesilieze Nwodo, a former governor of Ogun State, Gbenga Daniel, a former Attorney-General and Minister of Justice, Michael Aondoakaa, and a former senator, Abdul Ningi.

Responding, Mr. Wike noted that Mr. Abubakar was one aspirant feared by the APC.

He however said contrary to what the former vice president said, all genuine members of the PDP were its live wire.

The governor said the PDP was prepared to oust the APC from power in order to rescue Nigeria from the maladministration foisted on Nigerians by the Buhari administration.

Stating that the chances of the PDP in the 2019 elections were bright, Mr Wike asked PDP members not to jeopardise those chances.

"Every presidential aspirant must see himself as a member of the larger PDP family," he said.

"We must do everything to ensure that PDP returns to the Presidential Villa in 2019.

"Only one aspirant will become a candidate. We will do everything to ensure that the party comes out with a candidate that has a track record to upstage the APC."