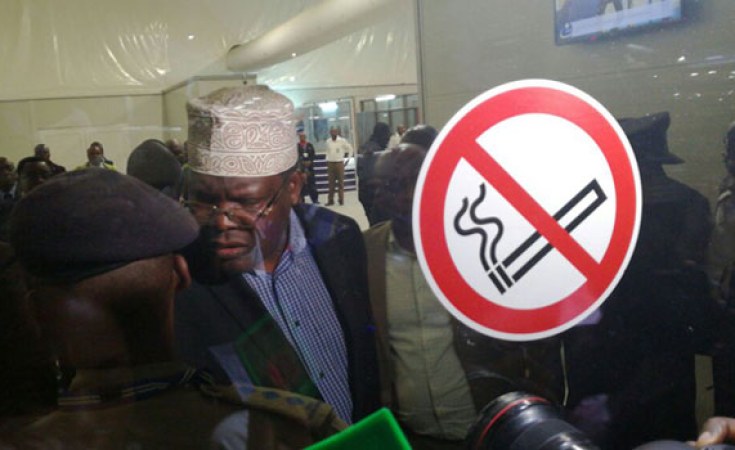 Nairobi — Controversial lawyer Miguna Miguna has received a reprieve following a High Court order directing that he be released immediately.

The ruling by Justice Roselyn Aburili also directs that he appears in court on Wednesday.

The fiery lawyer has been held for hours since his arrival Monday at the Jomo Kenyatta International Airport after he failed to surrender his Canadian passport and to apply for a temporary visa.

"It is hereby ordered that the petitioner Mr. Miguna Miguna who is currently held incommunicado at JKIA be forthwith released to appear before the court tomorrow 28th March 2018 for interpartes mention of this petition and application at 9am before the duty judge," reads a section of the ruling.

The self-declared General of the outlawed National Resistance Movement failed to sign forms for the regularization of his Kenyan citizenship in order to be cleared leading to a standoff, day two.

Kenyan Govt 'Drugs', Deports Miguna to Dubai
Tagged:
Copyright © 2018 Capital FM. All rights reserved. Distributed by AllAfrica Global Media (allAfrica.com). To contact the copyright holder directly for corrections — or for permission to republish or make other authorized use of this material, click here.