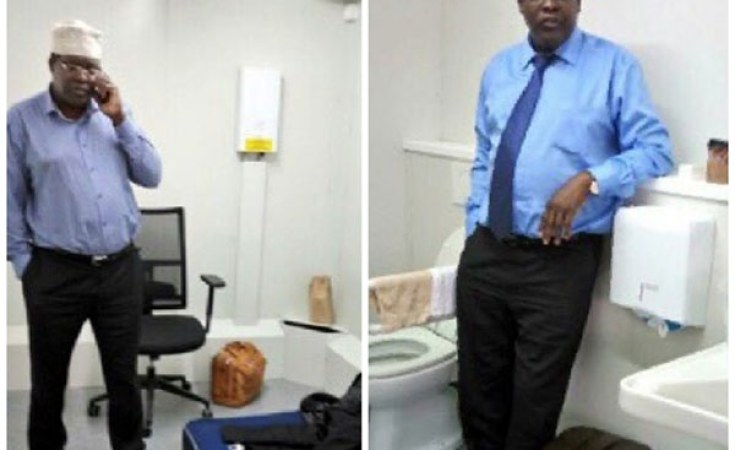 Photo: Daily Nation
Dr Miguna Miguna in the "toilet" cell in which he spent 72 hours at Jomo Kenyatta International Airport in Nairobi before he was deported on March 28, 2018.
The Nation (Nairobi)
By Nation Reporter

Lawyer Miguna Miguna has been deported again, despite a court order directing the government to release him.

One of his lawyers, Mr Nelson Havi, confirmed that Dr Miguna was ejected Wednesday evening via a Dubai-bound EK722 flight.

"The three are hereby convicted accordingly and should appear before this court tomorrow at 10am," Justice Odunga ruled.

Judge Odunga criticised the three officials for disobeying the court with impunity.

In their defence, two junior State lawyers claimed the trio were unreachable because they were attending a General Service Unit graduation.

I Was Drugged Before Deportation - Miguna