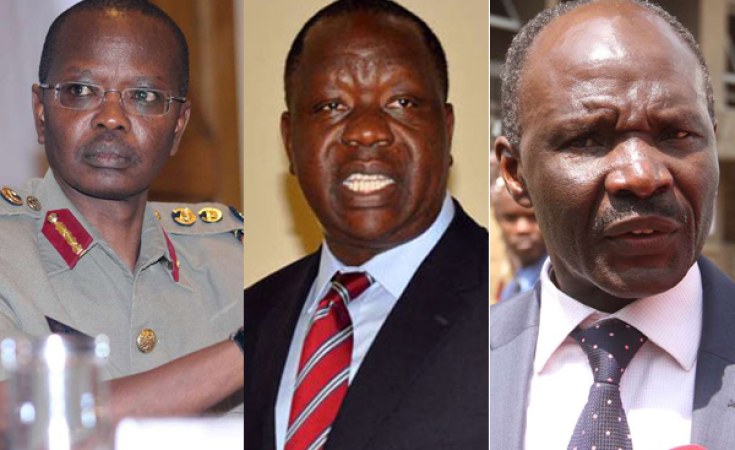 Even though it is still unclear whether the three will appear in court as ordered, Justice Odunga said he would still proceed with the sentencing if they do not show up.

"The said respondents must personally appear before this court at 10am for sentencing and further orders. In default of their appearance the court will proceed to mete out appropriate sentences, their absence notwithstanding," said Justice Odunga.

Whilst the judge had further ordered that the opposition activist should not be removed from the court's jurisdiction, his lawyer confirmed late Wednesday night that he had been deported to Dubai.

This is the second time, the lawyer has been deported despite the court issuing orders requiring him to be presented in court.

When Justice Luka Kimaru ordered that he be presented in court in February when he was first arrested and detained in several police stations, the immigration officials and the Interior Ministry had him deported to Canada.

And despite various court rulings hitting the government on the manner in which he has been handled as well as his deportation, it still remains unclear whether this time round the contempt will be purged.

The judge had earlier in the day summoned the CS, IG and Immigration boss to appear in court in the afternoon as well as release the lawyer.

But none of this happened and the court was later told that the three were attending a General Service Unit (GSU) graduation.

On Wednesday, the state told court that Dr Miguna had not been processed at the Jomo Kenyatta International Airport hence his continued detention almost 72 hours after landing back on Kenyan soil.

The court heard that "there are underlying reasons as to why he was being detained awaiting to be processed".

The court was further told to await filed responses from the Government with clear explanations on Dr Miguna's detention at JKIA, which it termed as a 'no man's land'.

In a ruling that put the government in the spotlight and more specifically the Interior CS for disobeying court orders, Justice Odunga pointed out that unless the activist was released, the State would also not be granted audience in court.

Dr Miguna's lawyers were reportedly clobbered and chased away from JKIA on Wednesday night as they went to serve orders issued by Justice Odunga.

Passport Found So Off to Canada (Again) For Kenya's Miguna
Tagged:
Copyright © 2018 The Nation. All rights reserved. Distributed by AllAfrica Global Media (allAfrica.com). To contact the copyright holder directly for corrections — or for permission to republish or make other authorized use of this material, click here.