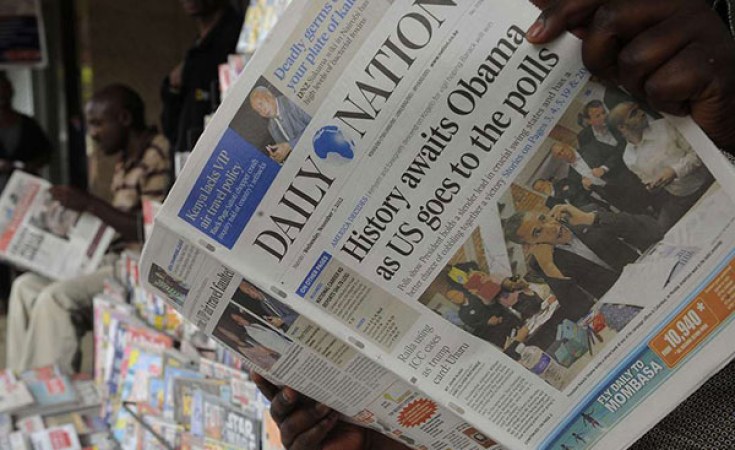 The resignation of several Kenyan columnists, citing concerns over increased media regulation and a 'worrying pattern' of government influence, has put the issue of press freedom back in the spotlight.

In a joint statement released on Tuesday, the group accused the government of meddling with the objectivity of the Nation Media Group (NMG), pointing to several incidents in recent years, including the firing of a managing editor who was critical of President Uhuru Kenyatta and the decision not to renew the contract of popular political cartoonist Gado.

The eight include Lynne Muthoni Wanyeki, the Africa director of the Open Society Foundation, George Kegoro, the executive director of the Kenyan Human Rights Commission, and Nic Cheeseman, a professor of democracy at Birmingham University.

A 'worrying pattern' of government influence

The columnists said increasing government influence over the media was the main reason for their resignation.

"A worrying pattern has emerged where it appears the executive government is able to influence who works for or contributed to NMG," the statement read.

"Censoring individual columnists signals official intolerance for dissenting views and suggests executive willingness to go to any length — even co-opting editors — to achieve its aims."

NMG responded by denying the accusations and claiming it was founded on the "bedrock" of editorial independence.

"We wish to reiterate that overall we have honored our obligation to respect their views and did not tamper with their positions except to correct basic errors," it said.

There have been a number of accusations in recent months that the government has been cracking down on press freedom in Kenya.

The Committee to Protect Journalists (CPJ) called on authorities to investigate an alleged assault on journalists by police at the Jomo Kenyatta International Airport earlier in the week as they attempted to cover the return of an opposition politician.

Back in January, three of Kenya's biggest TV stations were temporarily shut down after they confirmed plans to cover the  mock presidential inauguration of opposition leader Raila Odinga. The move was widely condemned internationally by the United Nations, United States and human rights watchdogs.

The country is still reeling from the dramatic federal election in 2017, which saw the first round of voting overturned by the Supreme Court and the second attempt boycotted by opposition leader Raila Odinga, who claimed the process would not be free and fair.

Regional director of ARTICLE 19 East Africa, Henry Maina, says the resignations were not surprising, given the current state of affairs within the NMG.

"State and economic actors have a strong stranglehold on editorial positions," Maina told DW, "The NMG has had issues since 2013 and we have had many incidents where senior reporters were laid off and the NMG had to start employing people to fill those slots, meaning that they undertook very calculated measures to remove reporters who were thought to be problematic to the system."

Maina suggests the government's intolerance to media independence — particularly when it comes to covering political stories — can be linked to the fallout from last year's elections.

"Perhaps this is a result of having a government that was legally elected but lacks total legitimacy across the country," he said, "So it looks for an opportunity to silence all voices of dissent, or platforms for voices of dissent, as a way of pacifying the nation so that there is only one narrative, and that is the narrative of the government."

A throwback to the Moi era?

This isn't the first time Kenyan media have been forced to deal with repressive tactics on the part of the government. Former President Daniel arap Moi, who served as the country's second president from 1978 to 2002, was known for repressing journalists who were critical of his government. Henry Maina doesn't think it's too soon to start drawing comparisons.

"What we've seen are similar tactics which were used by President Daniel arap Moi," he told DW, "Some of those tactics were initially employed by the government from 2013. And we don't see those tactics changing following last year's election."

Maina is concerned that Kenya's media landscape is transforming for the worse.

"We are in the month of March and we have already recorded about 32 incidents, while in previous years we would have recorded around 15 incidents for the entire year," he said, "Kenya's media landscape is a success story when it is taken at face value, but it has serious structural problems. We see that Kenya is getting closer to countries like South Sudan and Somalia, which are known to be at war. For a country at peace to have such a number of incidents is very worrying."

Kenyan journalists have expressed their intention to engage in dialogue with state and security agencies in an attempt to hold those who violated journalists' rights to account. But Maina says the Kenyan public is still not fully on their side due to the highly partisan nature of politics in the country.

"[The public] are divided nearly in the middle over the issue," he told DW "There are those who will support the government purely because of their partisan nature, as opposed to doing so based on principle." 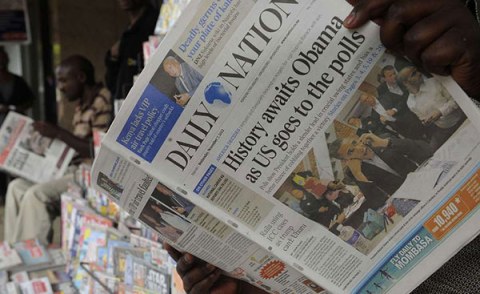 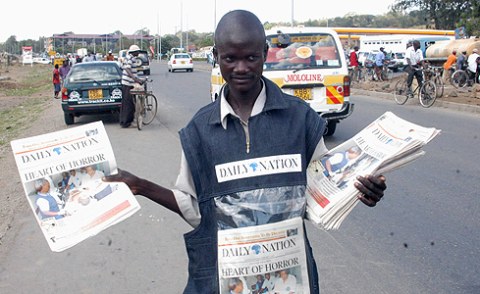 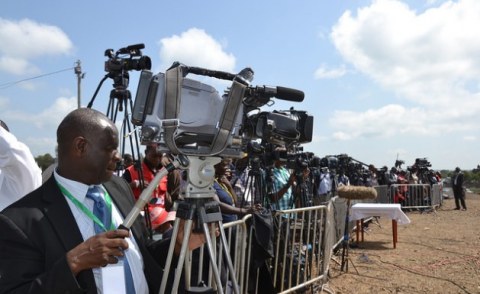 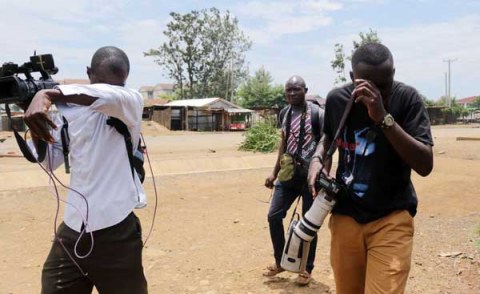 Tanzania, Kenya's Press Freedom In the Spotlight
Tagged:
Copyright © 2018 Deutsche Welle. All rights reserved. Distributed by AllAfrica Global Media (allAfrica.com). To contact the copyright holder directly for corrections — or for permission to republish or make other authorized use of this material, click here.