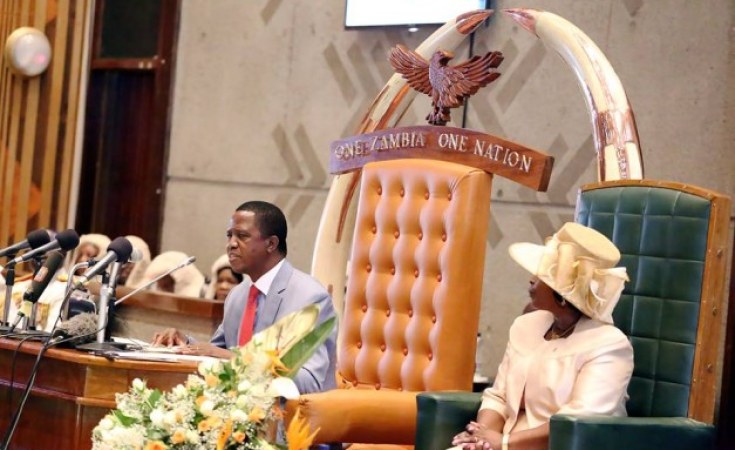 The United Party for National Development (UPND) members of Parliament were yesterday left feeling frustrated when their proposed motion to impeach President Edgar Lungu was put back indefinitely after being told Parliament needed time to study the matter.

To compound their disenchantment, Parliament is expected to adjourn sine die today.

The UPND Members of Parliament (MPs) were geared to debate the motion and, possi bly, vote on it yesterday itself, confident they had the required signatures to back up what they said believe to be strong enough grounds for the move to go through.

UPND spokesperson Charles Kakoma said the MPs were ready to debate the motion, but felt frustrated that Parliament said it needed time to study the issue.

He said the UPND had satisfied all the requirements for moving an impeachment motion including a detailed stipulation of the offences it alleges have been committed by President Edgar Lungu against the Constitution and collecting the required number of signatures.

Mr Kakoma claimed deliberate that attempts were being made to delay the motion.

"Parliament sent a letter to Honourable Garry Nkombo acknowledging receipt of the motion, but indicating that they were still studying the motion before it is tabled for debate," he said.

Mr Kakoma said the National Assembly of Zambia should have put the motion on the Order Paper for debate yesterday because the House was adjourning today.

The motion to impeach President Lungu alleges that the President breached the Constitution when he stayed in office while the petition against his Presidency was in court in 2016.

According to the letter from Parliament, the motion was grave and it required time to study it.

The motion was not put on the order paper for yesterday.

Meanwhile, during Parliament yesterday, deputy Speaker Catherine Namugala informed Mr Nkombo that the Constitution does not give a time-frame within which a motion can be tabled in the House.

Ms Namugala said there was nothing irregular or illegal not to receive a response to move the UPND motion.

This was in her ruling to a point of order raised by UPND Monze central MP Jack Mwiimbu, who sought clarity why Mr Nkombo even after following all Parliamentary procedures on a motion anchored on Article 108 of the Constitution relating to impeachment of the President, the Speaker's office did not respond to warrant him to move his motion.

But Ms Namugala said, though Mr Nkombo complied with all provisions to move his motion and adhered to Constitution provisions, the same Constitution did not give a time-frame within which that motion could have been tabled in the House.

She said the point of order raised by Mr Mwiimbu was therefore inadmissible.

She earlier also ruled that suspected Patriotic Front (PF) members that gathered outside the main entrance of Parliament be removed following a claim by Mr Mwiimbi, in his point of order that Mr Nkombo was threatened by same cadres.

Police officers in full riot had earlier sealed-off the main entrance of Parliament to prevent jubilant suspected PF cadres that gathered outside from entering the premises.

Previous Story
Next Story
Opposition Knows Impeachment Will Fail, So What's Its Game?

Opposition Knows Impeachment Will Fail, So What's Its Game? 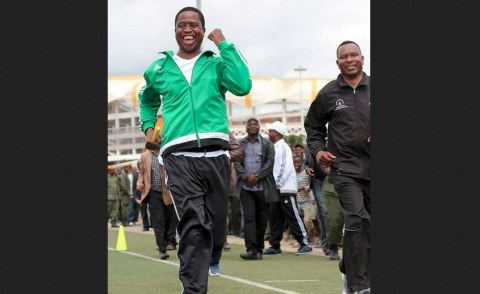 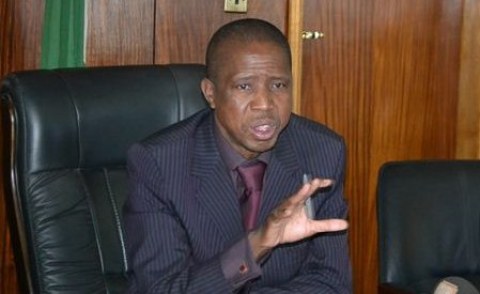 Will Zambia See Another Lungu Presidential Bid?
Tagged:
Copyright © 2018 The Times of Zambia. All rights reserved. Distributed by AllAfrica Global Media (allAfrica.com). To contact the copyright holder directly for corrections — or for permission to republish or make other authorized use of this material, click here.