Kenya: Miguna Miguna Calls on World to Intervene in His Case 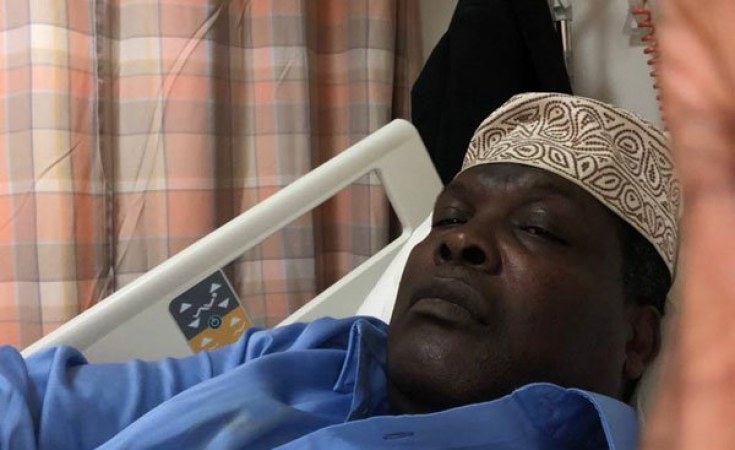 Lawyer and Nasa activist Miguna Miguna now wants the international community to intervene and get him back to Kenya, saying he is suffering.

Speaking from a Dubai hospital, Dr Miguna on Thursday said he has no travel documents and no one was there to facilitate his travel.

The lawyer insisted that he would only board a plane heading to Nairobi.

"I'm not going to agree to board anything, because this is against my will. I'm sick I can't even walk. I can't see, they took (away) my glasses, they took everything from me," he said.

Currently, Dr Miguna, who complained of body pains, is hospitalised in the United Arab Emirates.

In a statement to newsrooms, the lawyer said he had gone through basic tests which confirmed that police injured him as bundled him into EK722 Emirates flight from Nairobi to Dubai.

"About 50 heavily armed thugs, led by the uniformed Somali policeman who had commanded them on Monday, wrestled me to the ground and sat on me as a group of four different thugs injected substances into my soles, arms, hands, both sides of my ribs and basically all over my body until I passed out," he said.

He added, "Today, at around 5:25am, after the Emirates had landed and passengers were disembarking, I regained consciousness and asked a person seated next to me, who also appeared like a flying squad officer, where we were. He told me that we were in Dubai."

"I have refused to leave the international section of the airport. I will and must return to Kenya as a Kenyan citizen by birth as various courts have ordered."

Miguna's Full Statement - How I Found Myself in Dubai