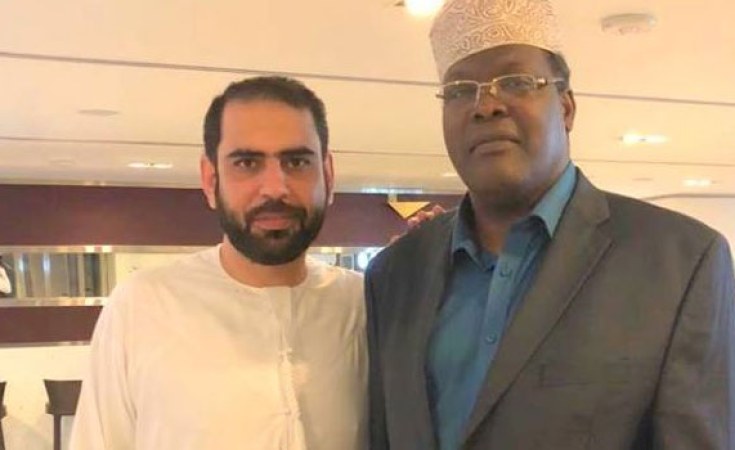 A religious leader has pleaded with the Government and Kenyans to forgive lawyer Miguna Miguna.

Anglican Church of Kenya Bishop Lenson Okello of St Philips Church in Likoni said Kenyans should forgive him as it is Easter, a holy period for Christians.

"The resurrection of Jesus brings forth a new beginning for peace and love. Instead of fighting with Dr Miguna, the Government should recognise him.

"Frustrating Dr Miguna does not solve anything; sit and solve the issues in a Godly way. We can disagree and differ but at the end of the road we can sit down, talk and foster peace," he added.

The bishop also urged Kenyans to forgive those who have wronged them and reconcile with their neighbours to foster peace, unity and prosperity.

Christian's worldwide mark the death and resurrection of Jesus Christ during the Easter period.

"Jesus lost his life but in his resurrection good things happened. All denominations should learn to forgive and love one another.

"[In] the period of Easter we remember the love Jesus had for us. Seek redemption from any kind of bitterness. Pray, foster love, peace, unity and forgiveness. Tolerate and forgive your brother," the cleric said during the Easter service in Likoni.

Bishop Okello said the handshake between President Uhuru Kenyatta and ODM leader Raila Odinga was a sign of reconciliation and he urged other Kenyans to follow suit.

"The handshake happened during the period of lent - a sign of healing and reconciliation. The 2017 general election harboured a lot of hatred, bitterness and hopelessness among Kenyans but it is time to get over it and move on," Bishop Okello said.

He urged Kenyans to give President Uhuru and his deputy William Ruto time to work and bring development.

He cautioned Kenyans over politicking for 2022, saying it is too early for campaigns.

"God punishes anyone who does not respect the Government. Anyone who wants to poke holes at the Government must use the right mechanism according to the Constitution," he added.

Last Thursday, security agents arrested 119 suspects in a major crackdown on criminals who have been terrorising Mombasa residents.

Twelve other suspects have been killed in the last two weeks.

Judiciary on the Spot Over Miguna Deportation