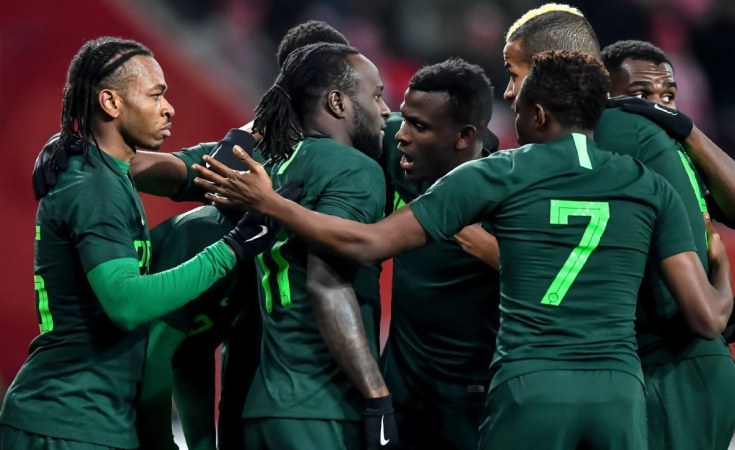 Iceland great, Eidur Gudjohnsen has predicted that the Nordic nation will qualify for the second round of the Russia 2018 World Cup despite the presence of Argentina, Nigeria and Croatia in Group D of the competition.

Nigeria opens its account at the World Cup with a game against Croatia on June 16, while Iceland will battle with Argentina in their opening game.

It is 72 days to the beginning of the biggest football event on the planet and teams are beginning to count their chickens even when the major leagues' seasons are still on. Gudjohnsen was one of the football icons at the arena when the Football Park opened its doors in Rostov-on-Don at the weekend.

The former Chelsea and Barcelona forward, who came to visit the city, where his compatriots will face Croatia in their final group match of the FIFA World Cup, told Fifa.com, "The most important thing for the Iceland team is that they return home after the World Cup with their heads held high, no matter what the result is. We have a tough group, but we're quietly confident."

Iceland, which was the surprise team of Euro 2016, where it beat England to record the major upset of the competition, will meet Nigeria in their second group game of the World Cup.

Meanwhile, Super Eagles' Coach, Gernot Rohr has described Croatia's midfield as the best among the four countries in Group D, saying it is one of the strongest in the world.

But Rohr is undaunted by the prospect of meeting the Eastern Europeans. "We have to be sure that our solidity in defense, our organisation is strong enough to resist Croatia, who has one of the best midfields going to the World Cup, so we must progress, we are at the beginning of something beautiful."

An optimistic Rohr told Omasports, "I hope it will be a beautiful adventure for us at the World Cup. But you see even if we won against Poland, I think we were lucky, we don't believe we are the favourite in the group. "We are number four in the group, When you see the other teams, even Iceland is better ranked than us, So let's stay humble and work."

Next Story
Tagged:
Copyright © 2018 The Guardian. All rights reserved. Distributed by AllAfrica Global Media (allAfrica.com). To contact the copyright holder directly for corrections — or for permission to republish or make other authorized use of this material, click here.