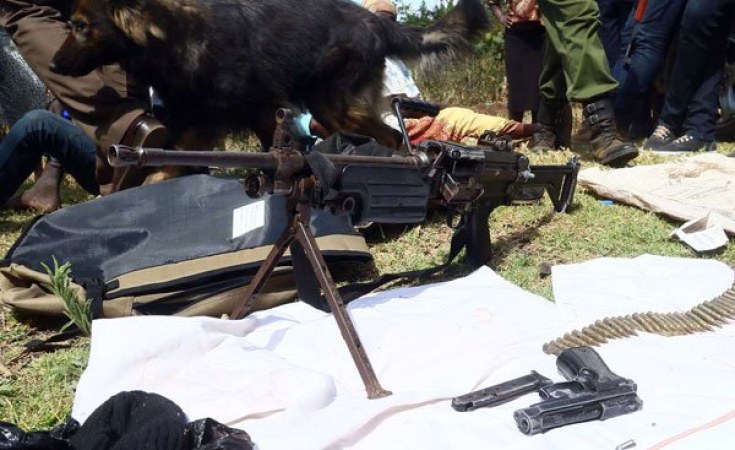 Photo: Daily Nation
Firearms confiscated by police at a homestead in Bahati, Nakuru County, on March 16, 2017.
The Nation (Nairobi)
By Eric Matara and Peter Mburu

Slums in Nakuru Town have now become hideouts for criminal gangs, independent investigations by the Nation have revealed.

The revelations emerged even as security agencies in the region talked tough and vowed to stop the re-emergence of any criminal gangs.

It has emerged that idle youth in the slums have joined dangerous gangs that have made some parts of the slums to be impregnable crime fortresses.

Interestingly, residents in some of the affected estates say some of the gangs work in cahoots with rogue police officers and have their protection.

The Nation established that rising populations in the informal settlements serve as an advantage to the criminals.

In Lake View estate for instance, a number of residents interviewed by the Nation revealed that a panga-wielding gang, which they claim has the protection of some rogue officers, has been terrorising them.

"A number of people have been attacked and left nursing serious injuries by the gangs, which also make away with their property.

"Nobody is spared including police officers. An Administration Police officer and a Kenya Wildlife Service officer in plain clothes were attacked by a section of the youth and forced to seek reinforcement from colleagues," a resident revealed.

Residents also say the youthful gangs are committing crimes in broad daylight and at night.

"Attempts to pass complaints to the police and the area chief have been futile since the culprits are released shortly after arrests are made," a resident said.

The residents say they have been forced to form their own security team to protect themselves as they cannot fully rely on the police any more.

Interestingly, Bondeni Police Station is located a stone's throw away from the slum.

Another victim narrated to the Nation how a group known as 'Confirm', which our investigations established has tentacles spread in various slums, has been terrorising residents and stealing their property.

'Confirm' was on December 2016 listed by former Interior Cabinet Secretary Joseph Nkaissery as one of the more than 90 outlawed gangs operating in Kenya.

"The gang operates even in broad daylight and has been attacking and harming residents without police action," the victim.

Residents say the group has mutated into a dangerous outfit that recruits idle youths to crime.

They further claim that the gang enjoys the protection of some politicians.

Many of the residents who spoke to the Nation painted a picture of a dreaded gang that has been terrorising them.

"The gangs have been operating but every time we report to the local police, nothing is done. Sometimes you go reporting and you are arrested and later released without any charges preferred against you. We have reported so many cases until we have lost hope," said another resident of Lake View estate.

A visit to Kivumbini slum by the Nation found groups of idle youth whom residents described as "young but dangerous".

A source disclosed to the Nation more criminal gangs are still emerging. These include Majaveli and Backyard.

But seniors security chiefs in Nakuru County defended their juniors, even as they appeared starved of information regarding the operations of the gangs.

"The only criminal gang we know is Confirm and we have arrested and charged many of its members in court.

"It is not true that police have not been acting on tip offs," Nakuru Police Commander Hassan Barua told the Nation.

He accused residents of protecting criminals by not reporting them to the police. 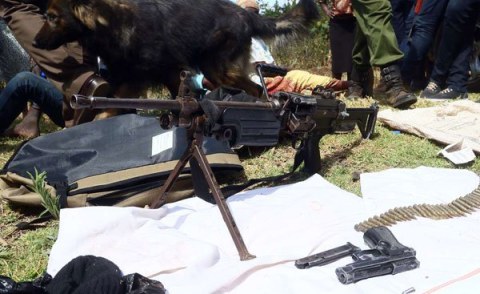 Violent Gangs Cause Mayhem as Kenyan Police 'Sleep'
Tagged:
Copyright © 2018 The Nation. All rights reserved. Distributed by AllAfrica Global Media (allAfrica.com). To contact the copyright holder directly for corrections — or for permission to republish or make other authorized use of this material, click here.