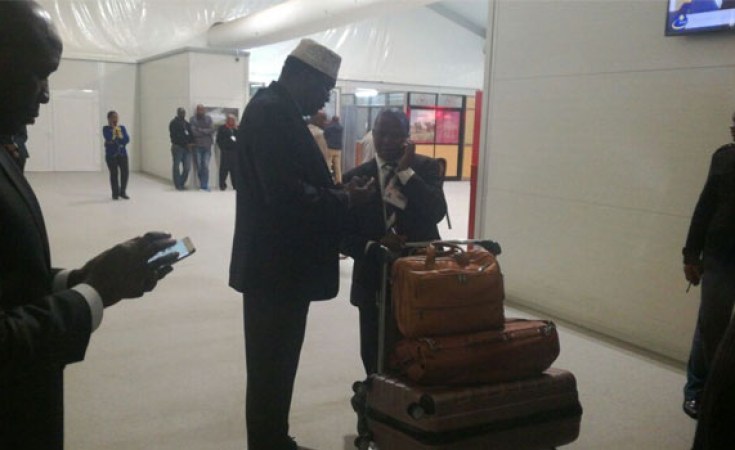 One of his lawyers, Nelson Havi, said Miguna left Dubai on his own violation and with the assistance of the Canadian Consulate in United Arab Emirates.

Through his twitter account, Havi said that he will undergo toxicology tests and treatment for the chemicals used to sedate and poison him and thereafter return.

"Miguna Miguna has, out of his own volition and with the assistance of the Canadian Consulate in UAE, travelled to and arrived in Toronto, Canada. He will undergo toxicology tests and treatment for the chemicals used to sedate and poison him. He will return thereafter," he said.

The plane carrying the self proclaimed General of National Resistance Movement departed Dubai at 12:50am for Canada.

Miguna accused NASA leader Raila Odinga of sitting pretty with his oppressors even though his tribulations began with him administering the controversial January 30 oath.

This is the third deportation Miguna is facing even as the court ruled in his favour that he be allowed entry into the country.

Previous Story
Why I Refused to Hand Over My Canadian Passport in Kenya - Miguna
Next Story
Cheers, Jeers as Kenyans React to Miguna's Return to Canada

Cheers, Jeers as Kenyans React to Miguna's Return to Canada