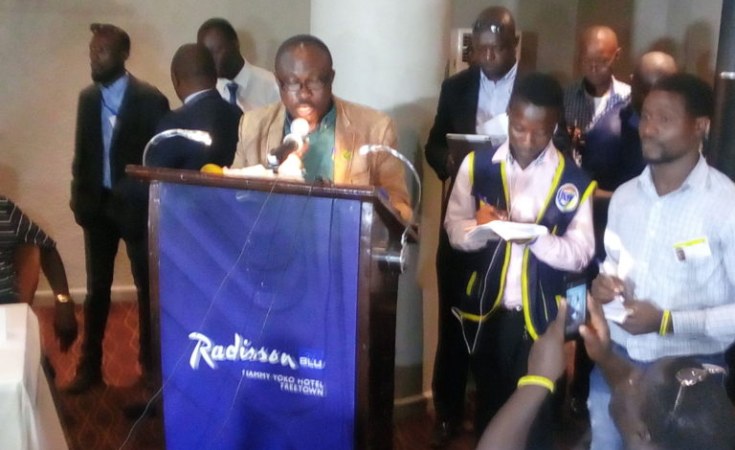 The opposition Sierra Leone People's Party (SLPP) said on Monday that its candidate Julius Maada Bio had won a presidential run-off election according to its own compilation of results, while the ruling party said it held a "comfortable lead". Maada Bio and All People's Congress (APC) candidate Samura Kamara are competing to replace outgoing

President Ernest Bai Koroma, who was not allowed to run for re-election due to constitutional term limits. Sierra Leone's National Elections Commission has not announced any results from the run-off election.

"Ladies and gentlemen, we are confident that retired Brigadier Julius Maada Bio is the next president of Sierra Leone," Jacob Saffa, the SLPP's election management chairman, told a news conference in the capital, Freetown.

According to a SLPP's tabulation distributed to reporters, Maada Bio took 54.11 percent of votes in the run-off with Kamara garnering 45.89 percent.

Maada Bio, who briefly ruled the West African nation as head of a military junta in 1996, eked out a narrow victory in the first round on March 7 with 43.3 percent of the votes compared to 42.7 for Kamara.

"I don't comment on what (the SLPP) say. I speak only on behalf of the APC," ruling party spokesman Abdulai Bayraytay said. "Our comfortable lead is based on 83 percent of the vote count."

The largely peaceful election process has come as a relief for the country of 7 million people, which endured a brutal, diamond-fuelled civil war in the 1990s.

But the winner will face pressure to revive a moribund economy that has been ravaged in recent years by low prices for its main export, iron ore, and an Ebola outbreak.

The run-off was delayed several days due to a complaint of fraud lodged by a member of the APC. A court injunction was lifted a day before the polls were due to take place last Tuesday, forcing the elections commission to push back the vote. Regional bloc ECOWAS said that overall it was satisfied with the run-off, though it stated that the presence of security forces at certain polling stations had intimidated voters and election workers.

Maada Bio said his Freetown home was targeted by gunfire from a security guard deployed to a neighbour's house shortly after polls closed on Saturday though no one was hurt. However, the neighbour, a government minister, denied any shots were fired. 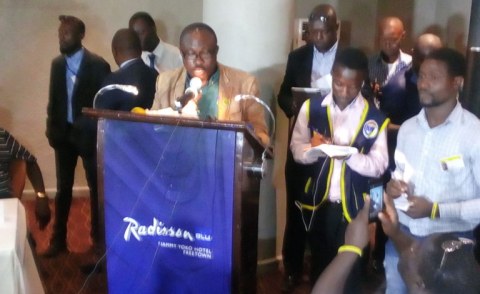 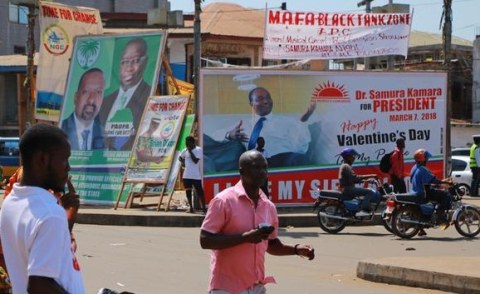 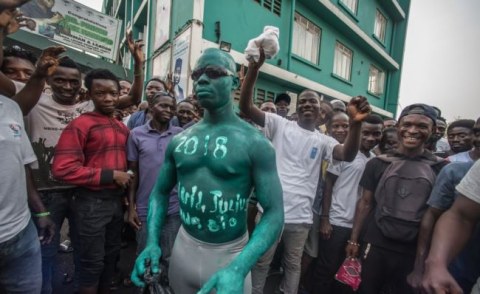 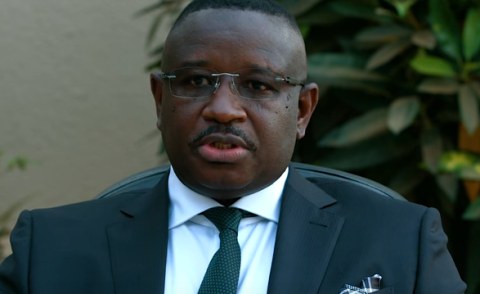 Sierra Leone's New President Sworn in
Tagged:
Copyright © 2018 New Democrat. All rights reserved. Distributed by AllAfrica Global Media (allAfrica.com). To contact the copyright holder directly for corrections — or for permission to republish or make other authorized use of this material, click here.