South Africa: Ajay Gupta 'Must Just Hand Himself Over' - Hawks 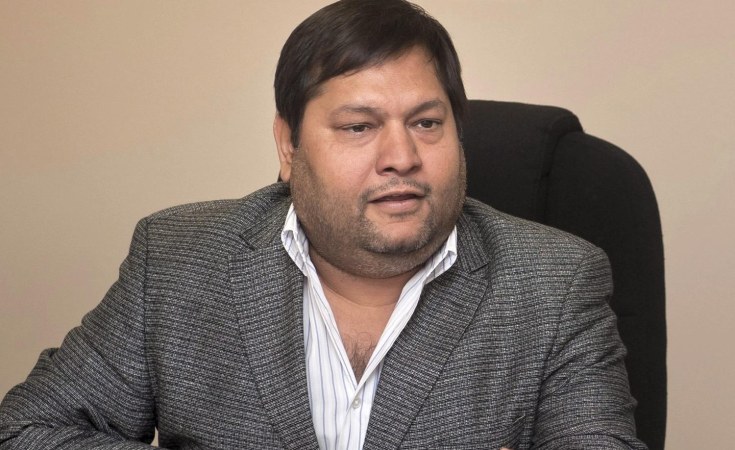 Ajay Gupta must "hand himself over", the Hawks have said.

Mulaudzi told News24 on Wednesday that it was up to the investigating officer to find ways to bring Gupta - who is considered a fugitive from justice - back into the country.

"He must just hand himself over," he added.

Gupta, who was captured on video, claimed that South African authorities had not yet given him "a reply".

"The day they give a reply, I'll go there," he is heard saying in the recording.

But Mulaudzi said: "His [Gupta's] lawyers said they wanted us to tell them why we are looking for him, and we told them that the warrant of arrest is against Ajay and not them.

"We received a lot of tip-offs and we have our eyes on the ground. It is up to investigations team on how to pursue the matter."

News24 has previously reported that there is no agreement between South Africa and the UAE.

But that does not mean that South Africa cannot apply to the UAE to have him extradited. The process, however, will just be slightly more complicated than if a treaty had been in place.

The Hawks have not yet made public the crime for which Gupta is being sought. Mulaudzi said Gupta was wanted for charges that were not related to the Free State Vrede dairy farm case.

On February 14, the Hawks conducted raids at various locations relating to the Guptas in connection with investigations into the Vrede dairy farm project.

Eight people were arrested by the Hawks during the raids and were later granted bail in the Bloemfontein Regional Court.

According to the charge sheet, the accused face 12 counts, including theft, fraud, conspiracy to commit theft and fraud.

Police ministry spokesperson Vuyo Mhaga previously said that they were working with the National Prosecuting Authority on the state capture investigations.

He said 13 warrants of arrest had been issued in Bloemfontein and Johannesburg.

He added that police were still looking for two suspects, while three others - including two from India, and one of Chinese origin - were believed to be outside of South Africa.

A reliable source previously told News24 that the police were looking for Atul Gupta and his wife Chetani, Rajesh (Tony) and his wife Arti, and their business associate Soo Young Jean.

Increased Scrutiny for South Africa's Suspended Tax Boss Moyane
Tagged:
Copyright © 2018 News24Wire. All rights reserved. Distributed by AllAfrica Global Media (allAfrica.com). To contact the copyright holder directly for corrections — or for permission to republish or make other authorized use of this material, click here.