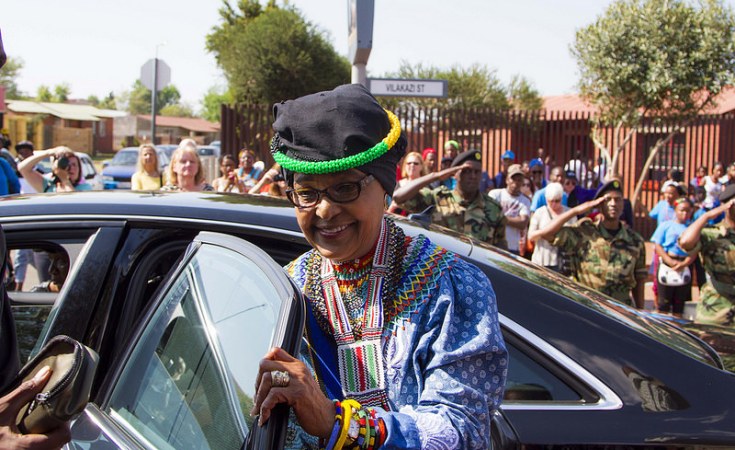 Abeokuta — A former Nigerian president, Chief Olusegun Obasanjo has described the late wife of a former South African President, late Nelson Mandela, Mrs. Winnie Madikizela as one of the greatest women to have walked the African earth.

In a condolence letter to the South African President, Mr. Cyril Ramaphosa, Obasanjo said the death of a leader of Mrs Mandela's stature "is a big loss, not only to her immediate family and country but to the whole of Africa."

The eight paragraph letter dated April 3, 2018, a copy of which was made available to newsmen in Abeokuta on Thursday, by his media Aide, Kehinde Akinyemi reads:

"It is with a profound sense of sympathy that I write, on behalf of my family and on my own behalf, to commiserate with you and the entire good people of South Africa over the painful transition of Mrs. Winnie Madikizela-Mandela, a frontline woman leader, an activist, an indomitable fighter for the liberation of South Africa from apartheid and oppressive racialism, a stateswoman per excellence, a tireless advocate of the preservation of the mystique of Africa's moral and cultural values, who had selflessly dedicated herself to public service for most of her life. Winnie was, without doubt, one of the greatest women to have walked the African earth.

"The death of a leader of Mrs. Winnie Mandela's stature is a big loss, not only to her immediate family and country but to the whole of Africa. History will record her vital contributions to the realisation of the dream of regional unity in Southern Africa, which would not have been possible without South Africa being free. By so doing, she has left a legacy of development and vision of unity which made the world a better place than she met it."

"It was Winnie's high profile that kept fuelling the anti-apartheid movement inside South Africa and for which she paid a high price. She was arrested, she was detained, she was harassed and molested. It needs no recounting that, early in her life, she was deprived of the companionship of her husband, Nelson Mandela, for 27 years. During this period, she was solely responsible for bringing up her two daughters. At the same time, Winnie displayed to the whole world a most admirable strength of character, as she valiantly stood for her husband and the African National Congress (ANC) Movement and, in the process, assumed the stature of an icon of resistance to the evil of apartheid.

"The world also watched with horror how Winnie, after the release of her husband from prison, suffered awfully in the hands of her detractors who relentlessly continued to assassinate her character. Consequently, not only was Winnie unable to savour the affection in resuming the companionship, her marriage was tragically shattered. It is clear that only the toughness of Winnie's personal constitution had sustained her from disintegrating into a nervous wreck.

"But Winnie's commitment to the ANC as well as her devotion to serving the cause of the underprivileged remained undiminished. She was one of the significant figures that met with the Eminent Persons Group (EPG), of which I was a member, on South Africa against apartheid, and her testimony to the EPG made a significant impression on the Group and the final report subsequently produced for consideration by the Commonwealth. No doubt, all of these impacted positively on the social stability and democratic progress recorded thus far in South Africa.

"On a personal note, I recall when Nelson Mandela came out of prison and I was in South Africa, Nelson Mandela invited me to his Soweto house where I spent a night and I had almost a whole night long discussion with him and Winnie, sharing reminisces with them. It was, indeed, a pleasant and memorable night.

"We mourn the death of this great lady and progenitor of contemporary Africa. We salute her legendary achievements in laying the foundation of modern day South Africa. As I urge you to take solace in the fact that Winnie lived a highly fulfilled life, rest assured that we stand with you and her family in this hour of great sorrow.

"We pray that the Almighty God will give you, the entire Mandela family and the good people of South Africa the fortitude to bear the irreparable loss and grant Winnie eternal repose in His bosom." 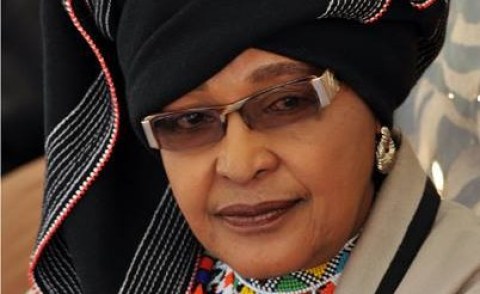 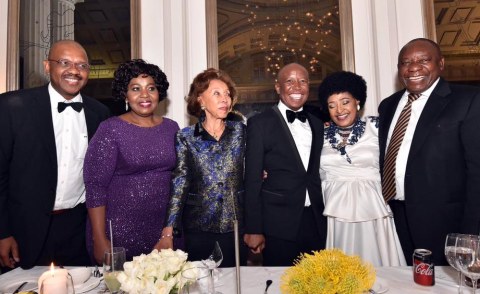 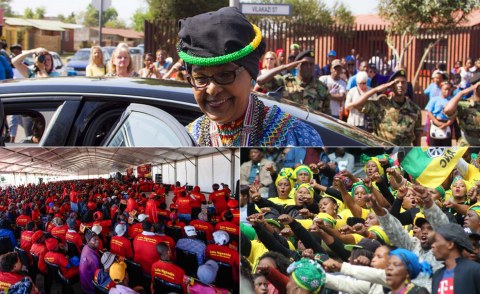 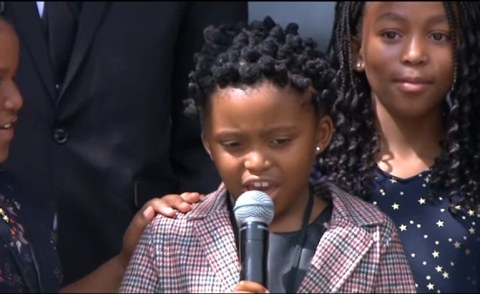 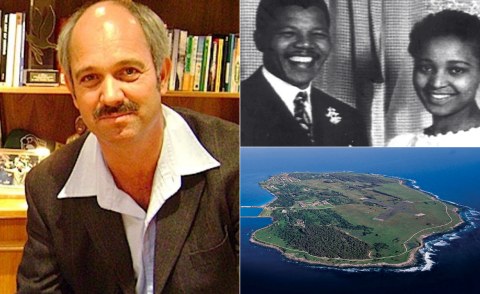 How Winnie Snuck a Grandchild Onto Robben Island for Mandela
Tagged:
Copyright © 2018 Daily Trust. All rights reserved. Distributed by AllAfrica Global Media (allAfrica.com). To contact the copyright holder directly for corrections — or for permission to republish or make other authorized use of this material, click here.