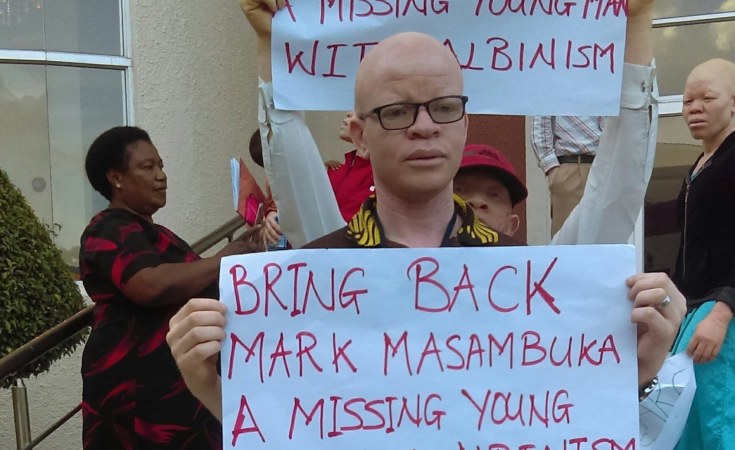 Lilongwe — HUMAN rights organisations have called for an end to attacks on persons with albinism in Malawi and the entire Southern African region. This follows the disappearance of Malawian, Macdonald Masambuka (aged 22), who was last seen on March 9 close to the border with Mozambique, where abductions of albinos are rife.

Two people have been arrested in connection with the case. During the week that he went missing, authorities in Mpumalanga Province, South Africa discovered a grave destroyed within two days of the burial of an albino.

Some of his body parts were missing. Research indicates that about 200 killings and more than 600 attacks on people with albinism have been recorded across 27 sub-Saharan African countries in the past decade.

Some 30 human rights groups condemned the trend. They noted that the attacks on persons with albinism violated their enjoyment of a range of rights enshrined in national constitutions as well as regional and international human rights treaties and standards.

"We therefore question why these attacks continue, given the protection guaranteed via the human rights instruments that place legal obligations on States to respect, protect, promote and fulfil their human rights," the groups jointly stated.

Albinism is a congenital disorder characterized by the complete or partial absence of pigment in the skin, hair and eyes. Rituals and spiritual ideas about albinism have led to brutal murders, especially children.

This is despite regional and international efforts initiated to curb the attacks on people with albinism.

Previous Story
Catholic Priest Arrested Over Murder Of Man With Albinism
Next Story
Could Death Sentence Curb Killings of People With Albinism?

Catholic Priest Arrested Over Murder Of Man With Albinism

Could Death Sentence Curb Killings of People With Albinism?

Killers of People with Albinism Deserve Death - Malawi Minister
Tagged:
Copyright © 2018 CAJ News Agency. All rights reserved. Distributed by AllAfrica Global Media (allAfrica.com). To contact the copyright holder directly for corrections — or for permission to republish or make other authorized use of this material, click here.