South Africa: Road Closed in Hermanus As Crowd Gathers for Protesters in Court 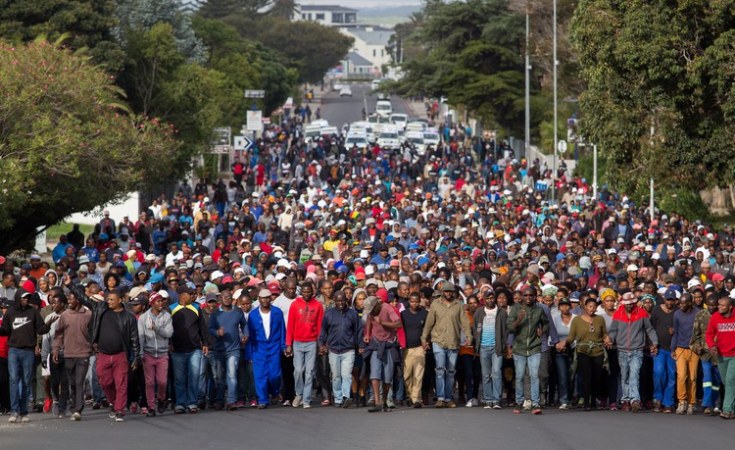 A portion of the R43 in central Hermanus was closed on Tuesday morning as a large crowd gathered ahead of the bail applications of residents arrested in recent protests.

Western Cape police spokesperson Sergeant Noloyiso Rwexana said around 1 500 people were protesting outside Hermanus Magistrate's Court for the release of the suspects.

She said they were monitoring the situation.

News24 reliably understands that 11 people are expected to appear in court on Tuesday on charges of public violence and malicious damage to property.

The accused were arrested during protests last month.

Police cluster commander Brigadier Donovan Heilbron said at the time that at least 79 people were arrested for public violence.

A library, a satellite police station, government houses, a municipal housing office, a recycling plant, a private vehicle and spaza shops were counted among the properties damaged, looted or torched.

A group of backyarders had last month pegged out plots for themselves on vacant municipal land near Zwelihle, on the outskirts of Hermanus, and refused to continue renting in cramped conditions.

The Red Ants eviction company, with the support of Overstrand municipality, removed them from the land.

After days of heated protest action, Western Cape Human Settlements MEC Bonginkosi Madikizela promised residents at a community meeting that land would be made available for Zwelihle backyarders.

Hermanus On Edge As Land Protesters Appear in Court 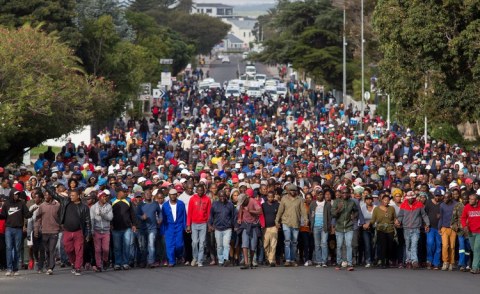 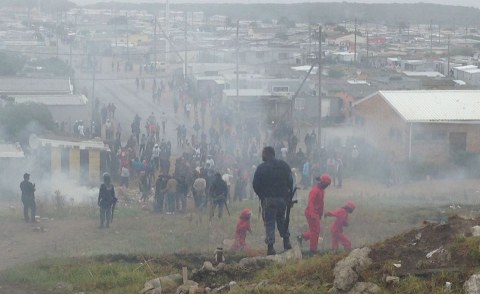