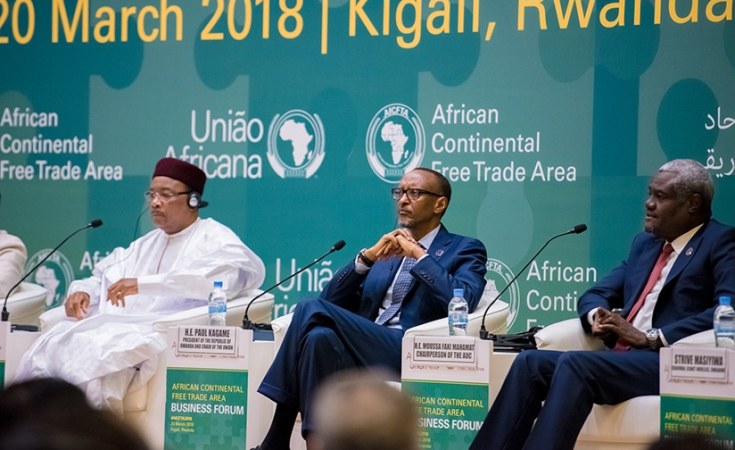 This comes barely weeks after majority African countries (44) signed in Kigali, the protocol that will see Africa becoming the biggest free trading bloc in the world.

The protocol was assented to during the just-concluded 10th Extraordinary African Union Summit of Heads of State and Government which was held in Kigali.

The cabinet meeting that was chaired by President Paul Kagame also gave a green light to protocols on trade in goods, trade in services, and one on rules and procedures for settlement of disputes, according to minutes signed by Cabinet Affairs Minister Solange Kayisire.

The instruments will now head to parliament for ratification.

During the Kigali meeting by continental leaders, it was agreed at with 22 ramifications, the protocol can go into force.

Meanwhile, in a boost to the newly created Rwanda Investigation Bureau (RIB), the cabinet approved an order by the Prime Minister

determining modalities of transfer of 463 personnel and assets related to criminal investigation from the National Police to RIB.

The bureau will operate as a specialised public organ under the oversight of the Ministry of Justice, just like the Rwanda National Police, Rwanda Correctional Services and the National Public Prosecution Authority among others.

Shake up at REB

Other major announcements from the cabinet include the sacking of some five heads of department in Rwanda Education Board and these included the following;

Dr. Joyce Musabe who was Head of Curriculum, Teaching and Learning Resources

Assessment Department; and Peter Mujiji who was relieved of his duties as Head of Corporate Division.

Others are Francis Karegesa, the director of finance and Rutaha Bagaya, the head of procurement unit.

What Next for Africa After Signing of Historic Trade Pact?
Tagged:
Copyright © 2018 The New Times. All rights reserved. Distributed by AllAfrica Global Media (allAfrica.com). To contact the copyright holder directly for corrections — or for permission to republish or make other authorized use of this material, click here.