The Archbishop, Enugu Ecclesiastical Province (Anglican Communion), Most Rev. Emmanuel Chukwuma, has said that re-electing President Muhammadu Buhari in 2019 would perpetuate suffering and evil in the country.

He, therefore, called on those fanning the embers of continuity to rethink their decision in the interest of the country and Buhari.

Chukwuma, who reiterated his earlier call on Buhari to quit at the expiration of his tenure in 2019, stated that accepting to re-contest the position might lead to his "disastrous end", as according to him, "he has brought more tears and weeping on the people."

Speaking with reporters yesterday in Enugu shortly after a service of songs in honour of the late Rev. Canon Chris Nwezi, held at St. John's Anglican Church, Idaw River, Chukwuma expressed shock that President Buhari could contemplate to re-contest, saying such decision was a mockery on Nigeria.

"He has expired. All those yearning for him to continue are the people benefiting from him. He has not done anything to warrant his coming back to office. The way things are, we need a new wine in a new wine skin. I am against people who are coming out to perpetuate sufferings of the people and Buhari has shown that he cannot solve our problems. We need good governance. It does not matter the party you belong. All the people yearning to become president have all expired. They have no new thing to offer and we cannot continue to perpetuate failure and evil."

Chukwuma urged Nigerians to intensify in prayers for God to intervene in the leadership of the country by removing all those who have continued to cause hardship and crisis, adding that it was not enough to release looters' list but to prosecute those involved if the government was sure they were corrupt.

In a related vein, Senior Advocate of Nigeria and constitutional lawyer, Chief Mike Ozekhome, has called on Nigerians to reject Buhari at the polls.

The lawyer, who stated although Buhari has the constitutional right to contest for a second term, said he had performed "abysmally and disastrously below average."

The SAN, in a statement yesterday, also stressed that the second leg of Buhari's campaign to stamp out insecurity did not happen.

His words: "At campaign rallies across Nigeria, he convinced gullible Nigerians that as a retired military General, he would lead from the front to crush Boko Haram. Indeed, he gleefully told a bemused country in December 2015 that Boko Haram had been 'technically defeated', and repeated it in 2016 that it 'had been beaten.' But, Nigerians know that Boko Haram is stronger today, more potent and more deadly than it ever was.

"He had promised to fight corruption. Three years down the line, he has not secured a single conviction of any high-profile politically-exposed person." 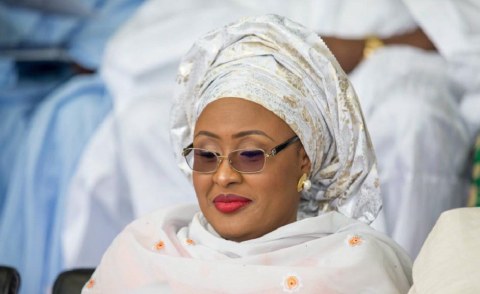