Uganda: Why We Went to Court Over Age Limit Law 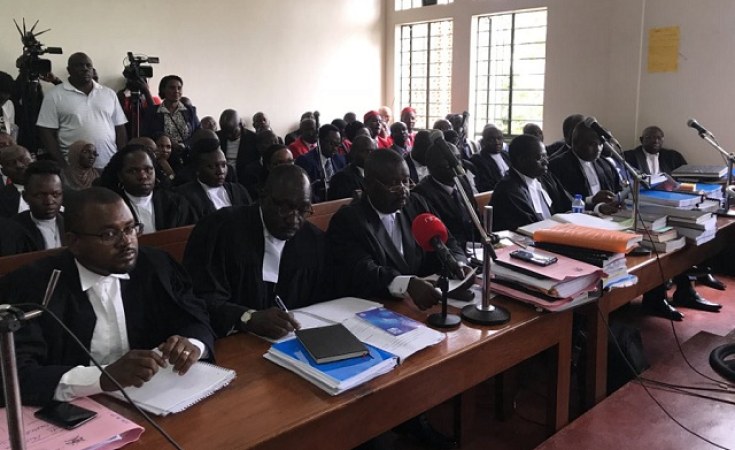 Photo: The Independent
The age limit petition hearing at the Mbale High Court in Eastern Uganda.
The Observer (Kampala)
By Ssemujju Ibrahim Nganda

The hearing of our petition challenging the constitutionality of the 'Raphael Magyezi/Yoweri Museveni' age removal law got underway on Monday in Mbale, over 170 kilometres from Kampala.

There are seven different parties challenging the legality of these constitutional amendments passed by parliament with the support of the 317 NRM MPs on December 20, 2017.

There are five other parties represented by different lawyers. Truth of the matter is I don't know why Deputy Chief Justice Alfonse Owiny-Dollo, decided to take us to Mbale for this historic case.

I really don't know whether this is going to be the standard procedure that such cases will be heard outside Kampala henceforth. The judges and their staff are certainly accommodated in a hotel, while drawing allowances.

And the Magyezi law is not the only business of the Constitutional court. Mind you, this same court doubles as the Court of Appeal. Owiny-Dollo has to perform other administrative duties as its head at the headquarters in Kampala. He has now decided to operate from Mbale.

It is a ridiculous decision, but that is what Uganda has become under Museveni. Coming to Mbale offers us an opportunity to interact with problems citizens in this part of the country are grappling with, such as the unattended-to Tirinyi road.

The last section of this road, about 20 kilometers to Mbale town, is the worst I have encountered almost in my entire adult life. Why? There has been war between various government departments over the contractor - Dott Services Limited. Uganda National Roads Authority (Unra), under its new leader Allen Kagina, was uncomfortable at one time with this company, and Gen Museveni agreed with her.

He recommended that Dott Services should not be given any other road construction contract. But using its lobbyists, the company got Museveni reverse his directive. Parliament, through various committees, recommended that this company is blacklisted, especially basing on their performance on Tororo-Soroti road.

The speaker of parliament, Rebecca Kadaga, somehow intervened on behalf of Dott Services. This is what has caused the deterioration of the road, especially the last section towards Mbale. Away from the road, there are three areas of interest for us challenging the law.

First, all known procedures of parliament were flouted by the parties involved. We drew the attention of the speaker to these procedures and practices, but she was adamant. She insisted on consultations, but at the same time called for the final consideration of the controversial bill before the committee on legal and parliamentary affairs had consulted.

Our prayer is that the whole Magyezi/Museveni law should be annulled. Second point is the violence used not only on the citizens, but their representatives as well.

The story of how we were dragged from the parliamentary chambers by presidential guards must still be fresh in the mind of those who follow Ugandan politics.

MPs such as Francis Zaake and Betty Nambooze Bakireke had to be flown out of the country for medical attention. The chief of defence forces, Gen David Muhoozi, one of the witnesses of Magyezi, now argues beating up MPs was proportionate force.

The third point which has made us unpopular at parliament is the smuggling into the already fraudulent bill the provision to extend MPs' term to seven years. This matter is unfortunately supported by some of our opposition colleagues.

Many of the MPs, especially those who 'ate' money to change the Constitution, have become fugitives in their own constituencies. They don't want to face elections in 2021. They, therefore, negotiated a package with Museveni. The package included Shs 200 million and extension of their term by two years.

These are the matters we have asked the Constitutional court to pronounce itself on. We must put everybody on test and must stay the course. You can't weaken dictatorship by folding hands. We must engage the dictatorship on all fronts, and this is what will give us victory. The Mbale hearing is now one of the fronts.

The author is Kira municipality MP and opposition chief whip in parliament. 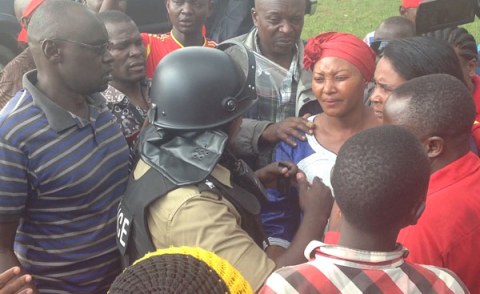 Ugandan State Lawyers Have Tough Day in Age Limit Hearing
Tagged:
Copyright © 2018 The Observer. All rights reserved. Distributed by AllAfrica Global Media (allAfrica.com). To contact the copyright holder directly for corrections — or for permission to republish or make other authorized use of this material, click here.