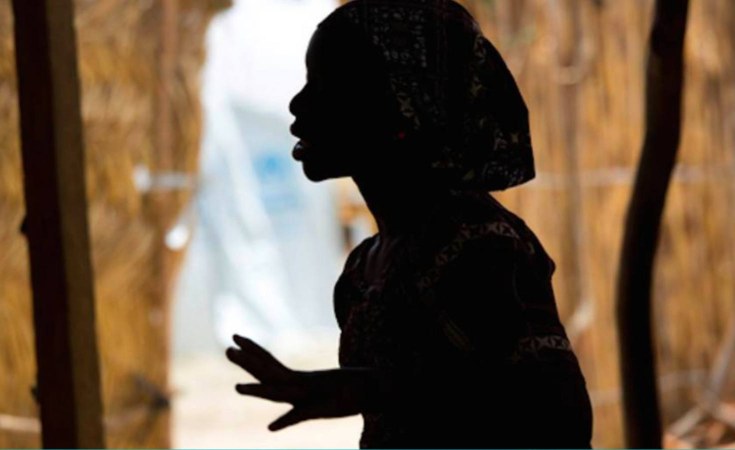 As the nation commemorated the fourth anniversary of the abduction, by Boko Haram, of 276 girls from Government Girls Secondary School, Chibok, in Borno State, saturday, the news came from Ahmad Salkida, a journalist known for his strong link to the terror group, that only 15 of the 113 girls still in the custody of the terrorists were alive.

"I regret to state here that only 15 out of the 113 Chibok girls are alive today, based on my investigations in the last three months," he was quoted to have said by News Agency of Nigeria (NAN).

There were, however, muffled reactions from the government yesterday. While the Presidency said it had no information on Salkida's claim, the Defence Headquarters dismissed it as the stereotype about the safety of the girls.

"I have no information on that," Shehu Garba, a media aide to the president, told THISDAY on phone.

But the Defence Headquarters' spokesman, Brig. Gen. John Agim, said it was not true, contending that it was the familiar speculation about the safety of the girls.

The disclosure dampened the hope of the girls' parents and relations, who had expected their return following the federal government's assurances that it was negotiating their release from the terrorists' enclave.

The 276 girls were abducted on April 14, 2014. While 163 had returned at various times in different circumstances, 113 remained in the custody of Boko Haram.

President Muhammadu Buhari had again on Friday assured the world from far away London that the federal government would not abandon the 113 girls, as it was negotiating frantically with the terrorists to secure their release.

"We are concerned and aware that it is taking long to bring the rest of our daughters back home, but be assured that this administration is doing its very best to free the girls from their captors," a Presidency statement quoted the president to have said.

Saying most of the girls died from cross fire between the terrorists and the Nigerian military, Salkida gave more depressing information about the remaining 15 girls, saying it was almost impossible for them to return home as they had been married off by the terrorists.

He said: "What is the status of the remaining 15 girls as far as negotiations are concerned? My investigations also revealed that they are no longer under the control of Abubakar Shekau. According to sources, they are now 'married' and only their 'husbands' can decide their fates.

"If they are divorced or the men are killed, that is when Shekau's decision takes precedence, and in this instance, since the girls have been indoctrinated, their leader has no right to negotiate for their release, no matter the ransom offered, reliable multiple sources said.

"The way out for these girls is a military rescue or negotiate with individual captors to release their 'wives' in return for some kind of deal, but this will mean death to these fighters because the terror group now sees the girls as part of their own and must be protected."

But DHQ spokesman, Agim, in an interview with THISDAY, dismissed the Salkida claim, saying it was not the first time that the girls would be said to have been killed or married off. He said in spite similar claims in the past, the federal government had been able to negotiate the release of some of the girls.

According to him: "Those people have never said anything good about the Chibok girls right from the beginning. They said they have been married out, but we were able to get the federal government to get some released.

"I feel that the girls are still alive, and we would get them back as soon as possible. I don't think anything has happened to them. They are only just saying that to discourage people."

The director added that efforts to free all the Chibok girls remained on top gear, both at the military and federal government levels. He maintained that the federal government was still leading the charge to ensure that all the girls were freed

Parents Ask FG to Bring Back their Children

Meanwhile, the parents of the abducted Chibok schoolgirls have asked the federal government to bring their children back to them, whether they are now married to members of Boko Haram, their abductors, or not. The parents were reacting to Salkida's claim that the only 15 girls still alive had been married off.

The representative of the parents, Dr. Allen Manasseh, who is also a member of the Strategic Team of Bring Back Our Girls (BBOG), told THISDAY yesterday that since no one asked for the blessings of the parents before the marriage of the girls, the marriage should be seen as null and void. Manasseh, who is also the Media and Communication Director of the Kibaku Area Development Association, a Chibok nation socio-political organisation, said: "No one asked for the consent of any girl before abduction, as such they should bring them back, let them look their parents in face and say they want to go back to the terrorists."

He said the assertions of Salkida in the media report could not just be wished away, stressing, "Salkida has been helpful with credible information, the FG and its agents refused to listen to his advocacy and credible contact information. We can all see where this has taken us."

In her reaction, an avowed authority on Boko Haram, Aisha Wakil, said it was still early in the day to comment on Salkida's claim. Wakil asked that she should be given time to crosscheck her sources within the group, to have a clearer picture of things.

Speaking through her associate, Prince Lawal Shoyode, the Media Director of Complete Care and Aid Foundation, Wakil said: "We are crosschecking. Once we get confirmation, we will call you."

She added that government was doing everything to see all the girls in captivity of Boko Haram released, and appealed to the parents to be patient and believe in government and God.

All efforts to get Borno State Government to comment on Salkida's claim, however, proved abortive. Inquiries sent to the state Commissioner for Information, Dr. Mohammed Bulama's mobile were not answered.

Equally speaking on the Chibok girls, Pastor Tunde Bakare of the Later Rain Assembly, yesterday said the abduction of the 276 Chibok schoolgirls four years ago by the Boko Haram sect remained a dark chapter that struck the entire nation. He spoke at the fourth year remembrance/commemoration of the adoption of the Chibok girls, in Abuja.

Bakare, in his speech, said: "It remains painful to reflect on that day, exactly four years ago, when the pages turned to a dark chapter in the history of our nation, as 276 precious daughters were carted away from Government Girls Secondary School in Chibok, where they sought an education. 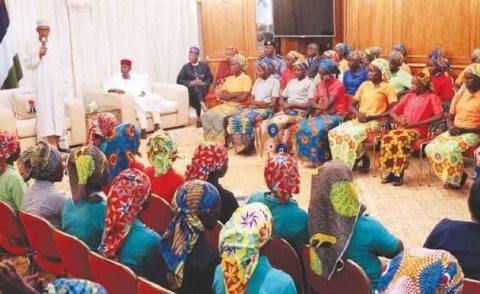 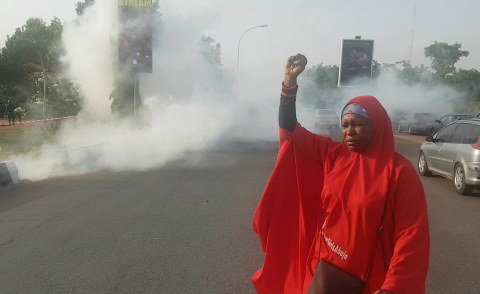 Police Disperse #BringBackOurGirls Protesters with Teargas
Tagged:
Copyright © 2018 This Day. All rights reserved. Distributed by AllAfrica Global Media (allAfrica.com). To contact the copyright holder directly for corrections — or for permission to republish or make other authorized use of this material, click here.