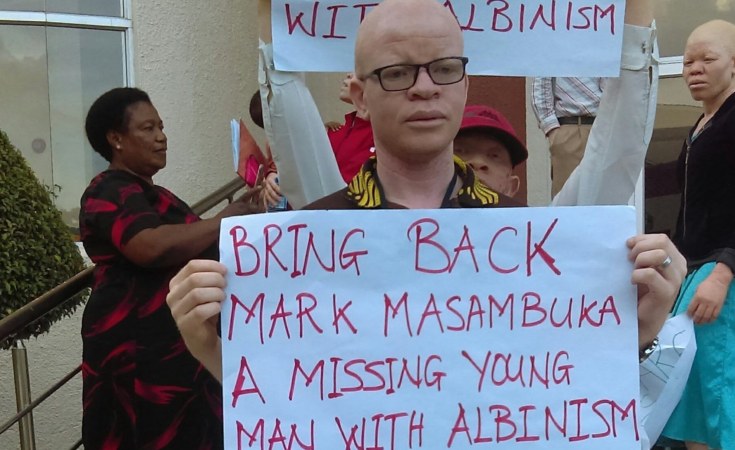 A Catholic priest at Zomba Diocese has been arrested over the recent abduction and murder of a 22-year-old person with albinism, Mcdonald Masambuka of Machinga, police say.

Masambuka's body was found on April 1 by police who traced the body following confessions from suspects arrested in connection with the crime.

The suspects under arrest include a police officer and a clinician at Machinga District Hospital.

Police confirmed the arrest of a priest.

It is understood that the arrested priest is Father Thomas Muhosha.

He was taken to Nselema police station for questioning after the arrested police officer reportedly mentioned him as the man behind the trade of albino body parts.

Zomba Diocese Bishop, George Desmond Tambala, said he was shocked with the arrest of the priest.

"The Catholic Diocese of Zomba has learnt with profound shock and shame the allegations against Reverend Father Thomas Muhosha, a priest of our Diocese linking him to the killing of albino, Mc Donald Masambuka," said Tambala in a statement.

Tambala said the Diocese, like the rest of the Catholic Church in Malawi, has always strongly condemned the killing of persons with albinism.

"In recent times, as a Diocese we have spoken out against the abduction and killing of persons with albinism. It is with much sadness that we have learned of these allegations against a priest of our Diocese," said the bishop.

The Diocese of Zomba has since expressed its full cooperation with the arms of the law to see that truth and justice for the victims is established in this case.

Such killings have declined in recent years, but this latest attack has prompted President Peter Mutharika saying all suspects implicated in the said cases will be prosecuted.

Mutharika said the depressing development is happening at a time government had made tremendous progress in efforts to stop such barbaric acts.

Said the President: "What is more disheartening is that preliminary investigations into the abduction and murder of Masambuka are showing leads to the effect that some wayward police officer and some members of the community in which the late Masambuka was residing, including a member of his immediate family, might have been involved in his abduction and murder."

However, the President commended police officers for working tirelessly to establish what had befallen the late Masambuka since his disappearance in February this year.

He said: "The investigating officers should continue on this path and no one implicated should be spared. The public should be assured that government will dig deep into Masambuka's abduction and murder to ensure that all suspects in the matter, regardless of their social status, are swiftly brought to book.

Masambuka's murder brought to 22 the number of people with albinism killed in the country since 2014.

At least nine cases of abduction of people with albinism have been reported this year.

Mutharika has since asked for an honest national dialogue on implementation of a death penalty for those convicted of murder.

Previous Story
Next Story
Outrage Over Continued Murder of Albinos

Outrage Over Continued Murder of Albinos

Killers of People with Albinism Deserve Death - Malawi Minister
Tagged:
Copyright © 2018 Nyasa Times. All rights reserved. Distributed by AllAfrica Global Media (allAfrica.com). To contact the copyright holder directly for corrections — or for permission to republish or make other authorized use of this material, click here.