Africa: Global Leaders Call on the Commonwealth to Halve Malaria in Next Five Years; Reigniting Progress Against Deadly Foe 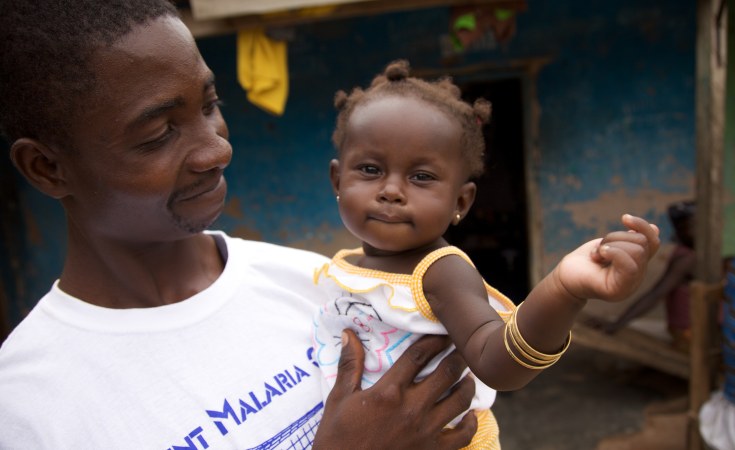 Today, the global malaria community will urge Commonwealth leaders to make a game-changing commitment to halve malaria across the Commonwealth within the next five years. This would prevent 350 million cases of malaria and save 650,000 lives, predominately children and pregnant women who are most at risk.

This call will be made by leaders attending the Malaria Summit London 2018, co-hosted by the governments of Rwanda, Swaziland and the United Kingdom. This global Summit takes place on the eve of the Commonwealth Heads of Government Meeting (CHOGM) as the Commonwealth and its citizens are disproportionally affected by malaria – accounting for more than half of all global cases and deaths, but just one third of the world's population. The call for leaders to be Ready to Beat Malaria at the Malaria Summit today is expected to profile significant commitments from governments, businesses and philanthropists ready to catalyse progress towards a goal of halving malaria.

The Malaria Summit is being held to galvanise renewed action on the disease as progress has stalled. In 2016, for the first time in a decade, the number of malaria cases in the world was on the rise and in some areas there is a resurgence, according to the World Health Organization[1]. Malaria is fighting back as the mosquito and the parasite develop resistance to the interventions we use to fight them. This has been compounded by a plateau in global funding for malaria since 2010, climate change, which intensifies incidences of malaria, and acute malaria outbreaks found in areas of crisis, war and conflict.

To accelerate the fight against this disease there needs to be better deployment of existing tools and development of new and innovative solutions. Today's commitments focus on three important areas to fight resurgence of the disease.

Renewed commitments to accelerate progress against this disease will include:

Our most effective tools (nets, sprays and treatments) in the fight against malaria are under threat from drug and insecticide resistance. The malaria parasite and the mosquitoes that carry it are evolving resistance to existing interventions - malaria is fighting back. The Malaria Summit will call for new tools to stay ahead of the disease, announcing commitments to invest in future innovations including:

Knowing where and when to target malaria interventions is critical to accelerate progress and help prevent resurgence.  Commitments will include:

Other significant pledges expected to feature at the Malaria Summit include commitments from a number of Commonwealth Heads of State and Government, private sector partners as well as international organisations and civil society partners determined to reignite the fight to end malaria for good.

The Rt Hon Theresa May MP, Prime Minister of the United Kingdom, co-hosts of the Malaria Summit said:

"The UK is a proud leader in the fight against malaria, which has seen deaths cut by 60% and saved 7 million lives since 2000. We have made a major contribution to that progress, including investing £500m each year over the next three years, developing new drugs and technologies and making life-saving solutions available to millions at risk from malaria.

"But the job is not yet done. Today there are millions still at risk, economies held back and a child's life needlessly taken every 2 minutes from this disease. This is why I am championing a new Commonwealth commitment to halve malaria across member countries by 2023.

"The UK, working in partnership across the Commonwealth and beyond, is committing to sustaining its leadership and investment in tackling malaria. We will support and incentivise others to invest in what is needed, from cutting edge research to ensuring access to malaria treatment and prevention for those most at risk."

Bill Gates, Co-chair of the Bill & Melinda Gates Foundation who are co-convening the Malaria Summit, said:

"History has shown that with malaria there is no standing still – we move forward or risk resurgence. The commitments made today, from the UK, country leadership and the private sector, show that the world is ready to beat malaria. It's a disease that is preventable, treatable and ultimately beatable, but progress against malaria is not inevitable. We hope today marks a turning point against the disease, and that the Commonwealth takes a leading role in saving lives and ending malaria for good."

"People living in Commonwealth countries are on the frontlines of the fight against malaria, a disease that sucks the lifeblood out of communities and economies, particularly in sub-Saharan Africa. Strong leadership and investment within malaria affected countries is fundamental.

A commitment by leaders to halve malaria in the Commonwealth would help drive dramatic progress in the next five years, putting the world back on track to end malaria for good. We hope today's Malaria Summit will mark the start of this new movement and pave the way towards ending history's oldest and deadliest killer and save millions from this preventable disease."

James Whiting, Executive Director of Malaria No More UK who are the Summit organisers, said:

"It's exciting to see the UK and the Commonwealth stepping up.  It's now time for the rest of the world to do the same.  The coming together of governments, the private sector, philanthropists and NGOs demonstrates the determination to beat malaria."

Seventy days before CHOGM, David Beckham launched a public facing global campaign - Malaria Must Die, So Millions Will Live - backed by a wide coalition of organisations and celebrities, to help build a public mandate for renewed global and collective Commonwealth action to prioritise the fight against malaria, or risk undoing decades of unprecedented progress.

Running in parallel with CHOGM 2018 and the Malaria Summit, the 7th Multilateral Initiative on Malaria (MIM) Pan African Malaria Conference will also be taking place this week in Dakar, Senegal. Thousands of scientists from more than 70 countries around the globe will gather to share the latest research in the fight against malaria and discuss best practices moving forward to end the epidemic for good.

More than 445,000 people die every year, mostly pregnant women and children under five.  Malaria is the world's oldest disease and today half the world's population is still at risk from malaria – a child dies every two minutes. It is a preventable disease that costs less than $1 to treat. Some 90% of the Commonwealth population live in malaria affected countries.

Fifteen Heads of State and Government from across the Commonwealth are due to attend the Malaria Summit together with senior ministerial attendance and leaders from the world of business, science, civil society and international organisations.

Co-Convenors of the Malaria Summit

The Bill & Melinda Gates Foundation works to help all people lead healthy, productive lives. In developing countries, it focuses on improving people's health and giving them the chance to lift themselves out of hunger and extreme poverty. In the United States, it seeks to ensure that all people—especially those with the fewest resources—have access to the opportunities they need to succeed in school and life. Based in Seattle, Washington, the foundation is led by CEO Sue Desmond-Hellmann and Co-chair William H. Gates Sr., under the direction of Bill and Melinda Gates and Warren Buffett. www.gatesfoundation.org / @gatesfoundation

The RBM Partnership to End Malaria is the global platform for coordinated action against malaria. It mobilizes for action and resources and forges consensus among partners. The Partnership is comprised of more than 500 partners, including malaria endemic countries, their bilateral and multilateral development partners, the private sector, non-governmental and community-based organizations, foundations, and research and academic institutions. www.rollbackmalaria.com / @RollBackMalaria

Malaria No More UK. A UK based charity determined to end malaria by inspiring the global public, businesses and governments to fight for a malaria-free world. www.malarianomore.org.uk / @malarianomoreuk

Malaria Must Die is a global campaign backed by a wide coalition of organisations and celebrities, who are calling upon leaders to prioritise the fight against malaria, or risk undoing decades of unprecedented progress. (Malaria No More UK is convening the campaign on behalf of the global malaria community). www.malariamustdie.com / #MalariaMustDie

Now or Never - Quashing Malaria Before It Roars Back 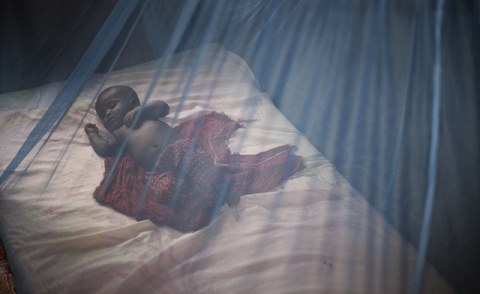 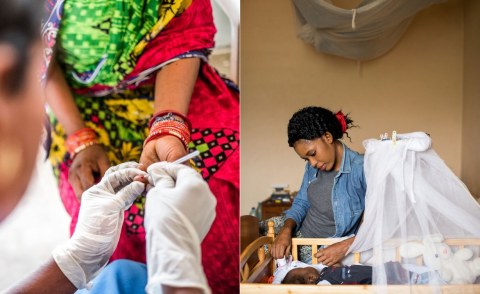 Malaria Summit Sees U.S.$4,1 Billion Committed to Fight Disease
Tagged:
Copyright © 2018 Malaria No More UK. All rights reserved. Distributed by AllAfrica Global Media (allAfrica.com). To contact the copyright holder directly for corrections — or for permission to republish or make other authorized use of this material, click here.