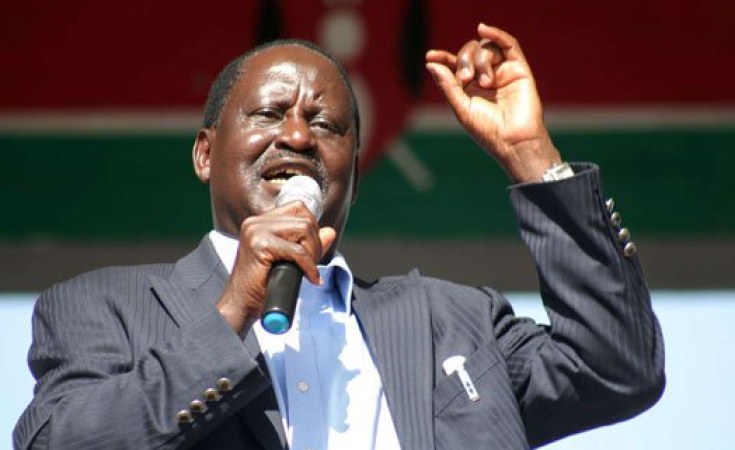 The National Assembly will look into a petition that calls for anyone above 70 barred from running for the presidency and other political offices, Speaker Justin Muturi said Wednesday.

Mr Muturi directed the Justice and Legal Affairs Committee to table a report in the House within 60 days.

Mr Mohamed Mohamud from Garissa wants Parliament to amend the Constitution and cap the age of candidates.

According to the petitioner, while other State officers retire when they reach a particular age, the political class is unrestricted.

Mr Mohamud says this has led to recycling of leaders "who are unwilling to surrender power to the younger generation".

According to him, a 70-year-old cannot discharge national duties and functions effectively.

However, many Jubilee and opposition MPs dismissed the petition, terming it a waste of Parliament's time.

Those opposed to the petition said it is an attempt to lock out opposition leader Raila Odinga from the 2022 General Election.

Endebes MP Robert Pukose said the petition will destroy the political mood in the country, especially after the handshake between President Uhuru Kenyatta and Mr Odinga.

"This petition is a waste of Parliament's time and should not have been admitted. It is mischievous and misplaced and should be rejected. We need to make laws for posterity and not those that target certain individuals," Mr Pukose said.

Mvita MP Abdulswamad Nassir said the petition should be given limited time "because it has no merit".

"When a petitioner brings something like this to the House, my only prayer to the committee is to give him three minutes. This will stop others from presenting dubious petitions to Parliament," Mr Nassir said.

"Nobody should use Parliament to gain political mileage. The petitioner could be an alias."

Majority Leader and Garissa Township MP Aden Duale said a Kenyan has a right to petition Parliament on any matter.

"The petition may not be good. It may be misplaced but let us not demean it as it will scare other citizens," Mr Duale said.

Mr Duale urged the committee to come up with a report that will give directions on such petitions in future.

Despite saying he had reservations about the petition, Minority Leader John Mbadi added that Mr Mohamud should be given space to argue his case.

"Let's give him time. He probably has problems with old people. The committee could counsel him so that he can appreciate that wisdom comes with age," the Suba South MP said.

He added that presidents Jomo Kenyatta and Mwai Kibaki assumed office when they were above 70.

"They performed well and their record was matched by President Daniel arap Moi when he was above 70," he said.

"This is a bold Kenyan who is speaking what the majority hold but are not able to come out publicly," Mr Ng'eno said.

"Some people want to remain in power even when they are beyond their productive age. We must bring this to an end." 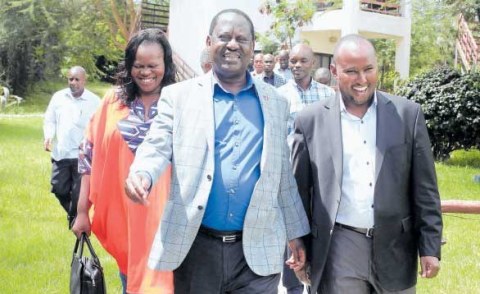 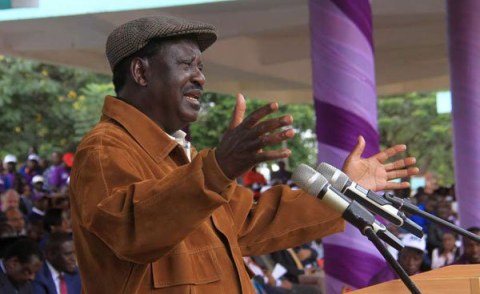 Kenyatta and Odinga's Newfound Friendship Strengthens
Tagged:
Copyright © 2018 The Nation. All rights reserved. Distributed by AllAfrica Global Media (allAfrica.com). To contact the copyright holder directly for corrections — or for permission to republish or make other authorized use of this material, click here.