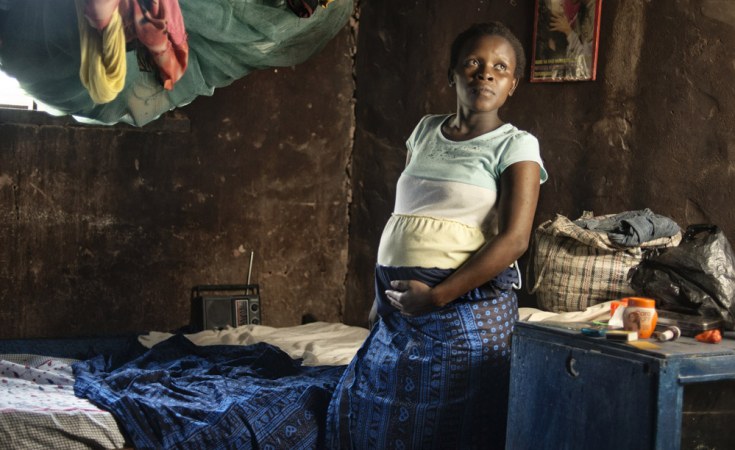 Kasungu 18 April 2018: Minister of Health and Population, Atupele Muluzi says Government is committed to ensuring that maternal and infant mortality come to an end by the year 2030.

Muluzi disclosed this at Kasungu community ground on Wednesday during a ceremony where InPATH project in partnership with PLAN International was handing over six ambulances to Kasungu District Health Office (DHO).

The minister expressed gratitude to InPATH Project for donating the ambulances to Kasungu district office which he said would help reduce maternal deaths.

"As Ministry of health we are very grateful to the InPATH project for donating these ambulances to Kasungu as these will help reduce the high numbers of maternal deaths which the hospital recorded in the previous year. As ministry we will make sure that expectant women and newborn babies receive the required treatment at the right time hence saving their lives," said Muluzi.

Team leader for InPATH, Tambudzai Rashid, said they are going to roll out various projects in some health centers in the two districts.

"InPATH project has got plans to renovate maternity wings both in Kasungu and Chitipa, and it will construct 14 guardian shelters,10 operating rooms, drill boreholes, install solar panels and construct good latrines so that expectant mothers should not find difficulties when giving birth to young ones," Rashid said.

The donation worth 350 million kwacha was realized with financial support from the Government of Canada.

Next Story
Tagged:
Copyright © 2018 Malawi News Agency. All rights reserved. Distributed by AllAfrica Global Media (allAfrica.com). To contact the copyright holder directly for corrections — or for permission to republish or make other authorized use of this material, click here.