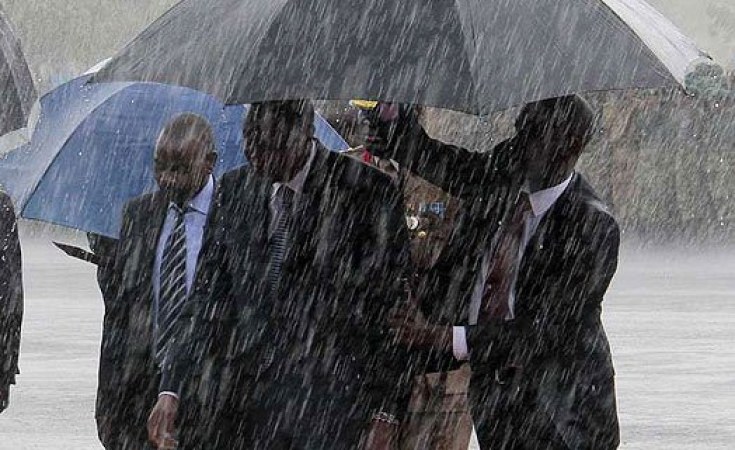 Photo: Nairobi News
President Uhuru Kenyatta being shielded from rain by bodyguards at a past event.
Nairobi News (Nairobi)

Uhuru Kenyatta has skipped the 5th Devolution Conference being hosted in Kakamega County due to bad weather.

The head of state will instead open the conference via a live televised link from State House, Nairobi, his communications team said.

@PresidentKE @UKenyatta will address delegates at the 5th Devolution Conference being hosted in Kakamega County via a Live Televised link from @StateHouseKenya," PSCU said in a tweet.

Sources familiar with the development told the < em > Nation </ em > that Mr Kenyatta’s flight plans were hit by bad weather.

Nairobi on Tuesday woke up rainy skies, floods and heavy traffic that affected thousands of commuters.

It was not immediately clear how the rains hampered the president’s travel plans.

At Kakamega High School, the venue of the conference, security chiefs had amassed all relevant protocol for his coming.

However, the programme was let to start without the Head of State as is tradition.

Ms Waiguru later announced while giving her speech that the president "has joined us via video link."

This was a moment after Kakamega Governor Wycliffe Oparanya said he was still hopeful the president would attend. 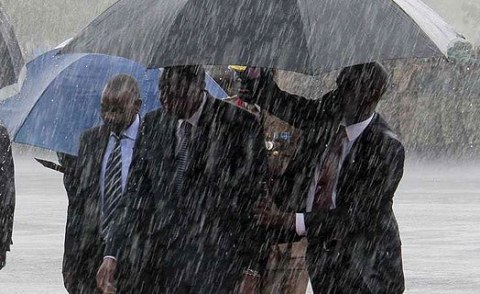 Deadly Floods - Anxiety as Kenya Schools Reopen
Tagged:
Copyright © 2018 Nairobi News. All rights reserved. Distributed by AllAfrica Global Media (allAfrica.com). To contact the copyright holder directly for corrections — or for permission to republish or make other authorized use of this material, click here.