Nigeria: Buhari and Trump - a Chance to Reset Nigeria's Relationship With the U.S. 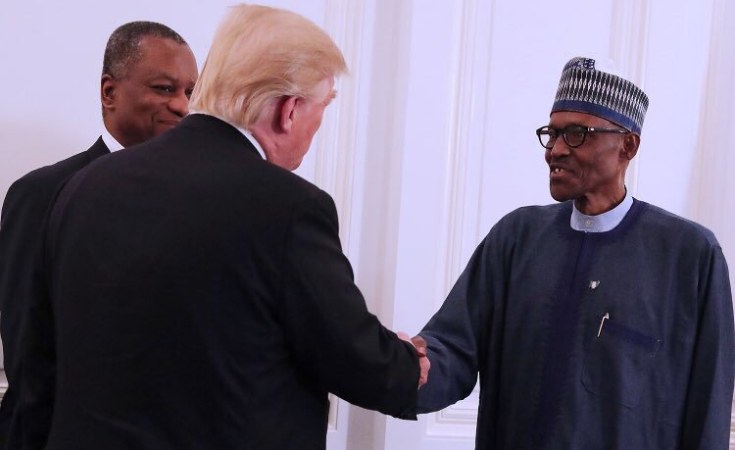 Nigerian President Muhammadu Buhari is scheduled to meet US President Donald Trump next week. His visit comes less than four months since Trump made the comment about "shithole" countries in Africa. Trump's comments were followed by a swift denial and a lukewarm attempt to mend fences.

But his lethargic attitude to the continent is undeniable. This was underscored by the fact that the president sacked former Secretary of State Rex Tillerson when he was on an African tour, forcing him to cut his trip short. Further evidence of his perceived indifference is the fact that he has not appointed substantive senior leadership within the state department to handle African affairs. As a result, his African policy is driven by a makeshift team that has shown no real desire to mediate Africa's strategic interests and aspirations.

So how does Nigeria, one of Africa's largest economies, fit into America's unclear vision for the continent? With a population of more than 180 million people, Nigeria is an African power house. And because of its complex religious, ethnic and regional dynamics, it presents both a challenge and an opportunity for the US.

Perhaps Buhari's trip to Washington will be used to reset Nigeria-US relations, particularly after the fallout from Trump's shithole comment. The comment was particularly disturbing in Nigeria because over 700,000 Nigerians were found to be following Trump's tweets - that's more than 2% of his 32 million followers. This shows just how interested Nigerians are in the American president and his policies.

The official line from the Trump administration is that Buhari's visit is an opportunity for the two leaders to discuss issues of mutual importance like economic growth, reforms and trade, terrorism, peace and security, and Nigeria's role as a leader in Africa.

But it's also worth remembering that Nigeria remains one of the most corrupt countries in the world. Levels of corruption have even diluted the country's efforts in the war on terror.

Nigeria has been unable to deal decisively with the Boko Haram menace despite buying military equipment worth millions of dollars from the US. Its inability to wipe out Boko Haram has destabilised the West African region and caused a widespread refugee crisis.

Beyond the twin challenge of corruption and terrorism, Nigeria has been unable to fully benefit from America's special economic growth and development initiative, the African Growth and Opportunity Act. This is because of structural bottlenecks like insecurity, sluggish economic growth, weak local capacity, and infrastructural problems.

The act gives selected sub-Saharan countries easier access, tax and duty free exports of selected products to the US market. But Nigeria's performance has been dismal. Buhari's wish list should therefore include support for private sector capacity building to meet international trade and export standards.

It should also include enhanced security cooperation and support and increased foreign direct investment.

In fact, the lowest point in US-Nigeria relations came in 2014 when Nigeria cancelled a joint military exercise because the US refused to equip its military with helicopters.

From "shithole" to "deep respect"

Despite its challenges, Nigeria has long been a continental and regional power house that has supervised a vast security apparatus through the Economic Community of West African States (ECOWAS). Under Nigeria's stewardship ECOWAS ensured that the Gambian strong man Jammeh Yahya was forced to step down in favour of his challenger who had been validly elected.

Nigeria's role in the Gambia proved that, while it has a lot of other problems, electoral injustice is not one of them. Successive administrations have respected the constitutional norms that require an incumbent to step down after fairly losing an election. This kind of democratic leadership is strategically important to the US.

And as one of Africa's largest economies Nigeria can boost economic growth in the region. The country is in a strategic position to take advantage of Trump's promise to "increase free, fair and reciprocal trade" with Africa.

Finally, as Africa's largest oil and gas producer Nigeria could become an important ally in Trump's efforts to control the volatile oil prices fronted by the Organisation of Petroleum Exporting Countries.

Benefits to both parties

In the final analysis, what should Africa make of Buhari's visit to Washington? Is it a just reward for Nigeria's continental leadership, or a carefully choreographed opportunity to make Trump popular again?

I argue that it is both. Despite claiming that he has a "deep respect" for Africa, Trump is still believed to be indifferent towards the continent.

This visit has the potential to reset the US-Nigeria dynamic. And at the end of the day, Buhari will have a White House photo op that will come in handy now that he intends to run for a second term.

And Trump will have the opportunity to showcase his "deep respect" for Africa.

What Buhari and Trump Stand to Gain From Washington Visit
Tagged:
Copyright © 2018 The Conversation. All rights reserved. Distributed by AllAfrica Global Media (allAfrica.com). To contact the copyright holder directly for corrections — or for permission to republish or make other authorized use of this material, click here.