Sierra Leone: Are Brawls in Parliament a Sign of Things to Come? 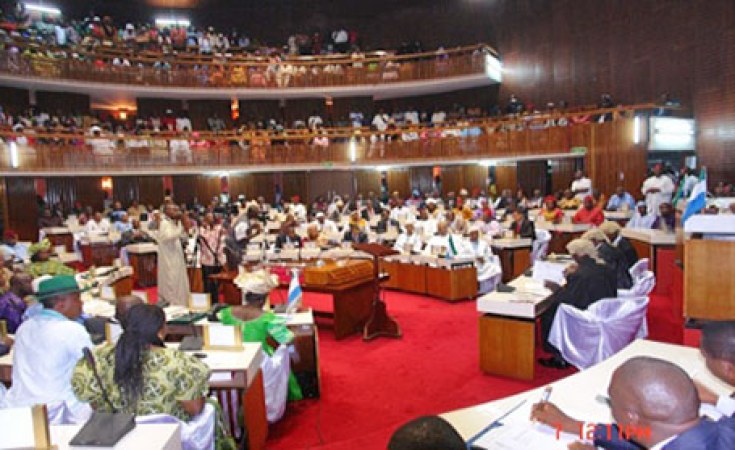 How will the new ruling party govern when the opposition significantly outnumbers it in parliament?

In what could be a sign of things to come, Sierra Leone's parliament descended into unruliness yesterday as parliamentarians brawled both literally and politically.

As new MPs were being sworn in following last month's general elections, members of the opposition All People's Congress (APC) disrupted proceedings after 16 of their MPs were told to leave due to high court injunctions against them. The named parliamentarians refused to leave and their colleagues physically protected them as they sang their party anthem. The police were called in leading to some scuffles, before all 68 APC MPs eventually left the House.

Following this, a vote was held on who should be the Speaker of Parliament. This had been a point of contention between the opposition APC, the biggest grouping in the parliament, and the significantly less well-represented ruling Sierra Leone's People Party (SLPP). Now in the absence of the opposition and with the House half empty, Dr Abass Chernoh Bundu of the SLPP was controversially elected unopposed.

The SLPP may be pleased to have ensured the Speaker of Parliament is one of their own. But yesterday's drama could be a worrying forewarning of the struggles it will face in government.

On 4 April, the SLPP's Julius Maada Bio was declared the winner of the closely-fought presidential run-off with 51.81% the evening before. He was sworn in just hours later.

This was the country's second transition of power since the return to multi-party democracy in 1991. As in 2007's changing of the guard, this turnover was driven by popular discontent with the government of the time. Many voters in these elections took to the ballot box to express their disappointment in the APC's decade in power and its handling of the 2014-15 Ebola crisis, 2016 Freetown mudslide and high-level corruption.

The SLPP's Maada Bio thus emerged victorious in the presidential vote. However, winning by just 90,000 votes was hardly a ringing endorsement of the former military leader. Moreover, in the first-past-the-post parliamentary elections, the SLPP made very little headway.

In an expanded parliament now with 132 rather than 112 elected seats, the SLPP won just 49 places, up from 42 in 2012. The APC won 68 seats, down from 70. Of the remaining positions, eight went to the Coalition for Change (C4C), four to the National Grand Coalition (NGC) and three to independents.

What this means is that Sierra Leone's new president now faces a challenge not yet seen in West Africa's democratic history: how to govern effectively without controlling parliament.

The meaning behind the figures

The APC's sustained success in the parliamentary elections can be attributed to a couple of factors.

To begin with, the party's performance was helped by changes to the electoral boundaries. In 2017, 20 additional parliamentary seats were created, mostly by dividing up large districts in the north where the APC dominates. These additional constituencies in its stronghold helped the party offset defeats in Kono district, where it lost eight out of nine seats to C4C, and Kambia, where it lost four seats to the NGC.

The APC's relative success can also be explained by the fact that voters' calculations differ in the parliamentary and presidential polls. People may care more about a constituency candidate's personality, identity and background than which party they represent, while other tactical considerations can also come into play.

The SLPP's minority means that it could face an uphill challenge in passing bills and budgets. Unlike under the previous APC government, which had a healthy majority in parliament, Maada Bio will have to rely on multi-party consensus to get his agenda implemented.

In his first two weeks, the new president appealed for cross-party cooperation. He entreated the APC to drop its legal challenge against the election results, while his meeting with defeated candidate Samura Kamara led to the establishment of a joint commission to investigate post-electoral violence. These developments suggested that the SLPP could make further concessions to the opposition in the interests of moving forwards, including over political appointments. It is unclear how SLPP supporters who were promised a clean break with the past would regard this.

Yesterday's events, however, challenge these early signs of cooperation and show what a lack of it could look like. APC figures had previously vowed to make Sierra Leone ungovernable if they lost the elections, and with their considerable presence on parliament, they have a way to do so.

Nonetheless, Maada Bio will need to build some consensus going forwards if the country is to avoid an ongoing impasse. This could benefit APC MPs, who might use their leverage to deliver benefits to local constituencies. If the opposition becomes overly obstructive or the SLPP tires of compromising, however, the government may fall back on using the extensive powers of the executive to force through measures. This would not be unheard of in Sierra Leone's recent history, but overuse of executive orders would likely damage the party's democratic reputation.

It should also be noted that the opposition is far from united. There are significant divisions within the APC, and its shock at losing the election will only intensify internal concerns over its leadership and amplify intra-party disagreements. This disarray could make it easier for the SLPP to generate cross-party support on issues that have attracted controversy in recent years, such as the constitutional review processes and foreign investment.

The NGC's leader Kandeh Yumkella, formerly with the SLPP, has vowed to create an effective opposition in collaboration with civil society. The party's four MPs abstained in yesterday's vote for Speaker, with Yumkella warning: "We cannot replace APC unconstitutionality with junta democracy".

This development could lead to more scrutiny over the government's policymaking. Sierra Leone's new parties will not necessary reject all the proposals put forwards by the SLPP, but the diversity and size of the opposition should mean it is taken more seriously and that calls for government accountability and transparency will be louder and more sustained than under previous parliaments. 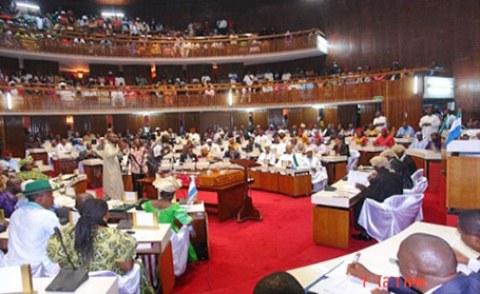 Chaos in Sierra Leone's Parliament
Tagged:
Copyright © 2018 African Arguments. All rights reserved. Distributed by AllAfrica Global Media (allAfrica.com). To contact the copyright holder directly for corrections — or for permission to republish or make other authorized use of this material, click here.