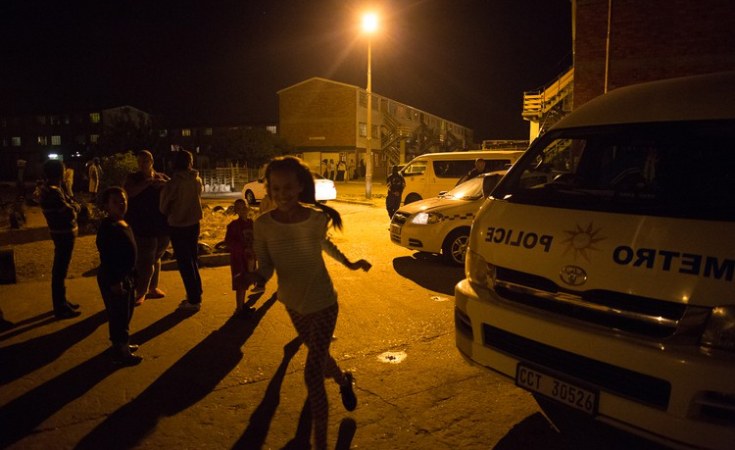 Fourteen-year-old Zinadene Pelton was walking to his grandmother's house after school one day when gunfire erupted.

"I just heard the gunshots, and I heard somebody shout, 'It’s Zinadene!'" his grandmother, Maureen Johnstone, recalled days after the shooting in Cape Town's Hanover Park township.

Standing at a street-side memorial to the boy, Johnstone added, “A group of us rushed over here. He was lying with his backpack still on his back. We picked him up and rushed him to the hospital. But, even as he lay here, I could see he was already gone.”

Police said Zinadene, shot in the chest, had gotten caught in gang crossfire.

Last year, Cape Town recorded 62 homicides for every 100,000 people – double that of almost any other in the country, according to the South African Cities Network, which promotes best practices in urban development and city management.

The epicenter of that violence is the Cape Flats, a cluster of impoverished neighborhoods – on the outskirts of Cape Town's affluent city center – where mixed-race or "colored" people were forcibly resettled in the 1960s during apartheid rule. The displacement fractured communities, fueling joblessness and poverty. Gangs sprang up, offering vulnerable youths a sense of belonging and control.

Today, authorities estimate some 130 gangs operate in the Western Cape Province, which encompasses Cape Town. The gangs support themselves through weapons smuggling, contract killing, drug and human trafficking, prostitution and more, recruiting children as young as 9 into the trade.

The largest and most notorious gang is the Americans, whose factions include the Young Americans, the Ugly Americans and the JFKs – short for Junky Funky Kids, not John F. Kennedy, the 35th U.S. president.

To set themselves apart from rival gangs such as the Hard Livings or Sexy Boys, the Americans wear red, white and blue, sometimes adorned with stars and stripes. Or they flaunt clothes emblazoned with logos – legit or counterfeit – of U.S. brands.

Some sport tattoos with the Americans’ motto, “In God We Trust,” a phrase borrowed from U.S. currency.

But gang violence can make the Cape Flats feel like a forsaken place.

Outside the building where Zinadene Pelton’s funeral was taking place, Hanover Park resident Fatima Blankenberg circulated a petition asking the mayor or other government officials to halt the bloodshed.

"This is an innocent child who got killed. We want government to do something about it," said Blankenberg, who said she has lost relatives and neighbors to shootings.

Some residents, and advocacy groups such as Gun Free South Africa, have asked parliament to enforce existing gun laws or enact tougher ones in a country where at least hundreds of thousands of illegal weapons circulate.

Some guns have come from corrupt police. In 2016, a former Cape Town senior officer was sentenced to 18 years in prison for selling confiscated weapons to gangsters in the Western Cape. As Eye Witness News reported, Christiaan Prinsloo and some of his colleagues stole 2,400 guns over eight years.

To counter what they see as a gang war on their doorsteps, some Cape Town residents have urged bringing in soldiers. Last October, Fikile Mbalula, then national police minister, said he had requested the deployment of army troops to the Western Cape to combat "the large groupings and military training of some of the [gang] perpetrators," the News 24 website reported him as saying.

But no troops were sent. The current police minister, Bheki Cele, said he has no plans to seek troops' aid in fighting gangs in the townships, South Africa's Eye Witness News (EWN) reported in March.

While gangs such as the Americans perpetrate crime on the Cape Flats, American technology and American-style interventions are being used to confront it.

Cape Town authorities have turned to ShotSpotter, a real-time gunfire detection system developed in the United States. Audio sensors pick up the sound of gunfire on the streets. GPS technology pinpoints where the shots were fired.

That information gets relayed to a 24-hour monitoring center in California, where it's processed. The center promptly feeds details – about the precise location and shooting context – to Cape Town police.

ShotSpotter technology, originally brought to South Africa to tackle rhino poaching, isn't a magic bullet. But Smith, Cape Town's security chief, said its use coincided with a decline in shootings in gang hot spots such as Hanover Park.

Quick law-enforcement response brings "a suppressive element, a disincentive to shoot," he said.

Cape Flats community leaders say boots on the ground are just as essential as technology.

Pastor Craven Engel says he runs a special kind of ministry: Project CeaseFire, an intervention program that deploys former gang members to Hanover Park's streets as "violence interrupters." They act as mediators in helping gangs work out their differences, by using words instead of bullets. They also head off retaliation after shootings – and try to keep kids out of gangs in the first place.

"Our job is to get to the shooter, to quarantine him and alter his behavior for him not to shoot. That is our job," Engel said.

Introduced in Hanover Park in 2012, the project is modeled after CeaseFire, a violence prevention program launched in 2000 in a tough neighborhood of Chicago, in the U.S. state of Illinois. It reduced shootings there by 67 percent in its first year, according to Cure Violence, the nonprofit group responsible for the health program.

The CeaseFire model has been adopted by at least 50 other U.S. cities as well as international sites.
Interrupters have "beats," gathering information about potential conflict including planned shootings. The work requires the "street cred" that can only come from being an ex-gang member, Engel said.

"They come out of prison, they understand the gang language," the pastor said of his team. An interrupter "cannot go talk to the gangs about sugar and tea. He’s got to talk to them about the issues at hand. On the other hand, he needs to act like a normal community member, so I’m expecting this double life of them."

The Cape Flats CeaseFire project has come under criticism. A 2015 report by local law enforcement members called it ineffective and complained its members refused to work with police, South Africa's Independent Media reported that year.

But security chief Smith was quoted as defending the program, citing "a 31 percent reduction in murders compared to the period in the preceding years” in Hanover Park.

If interrupters associated with police, Smith added, they would lose gang members' trust and "would no doubt be killed very quickly."

The death toll already is too high on the Cape Flats. There, families like young Zinadene's console each other and press for change, hoping for an end to the gang violence that has left so many with little more than memories. 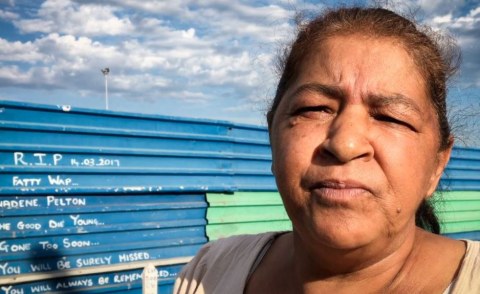 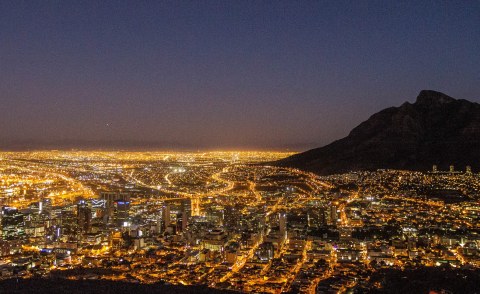 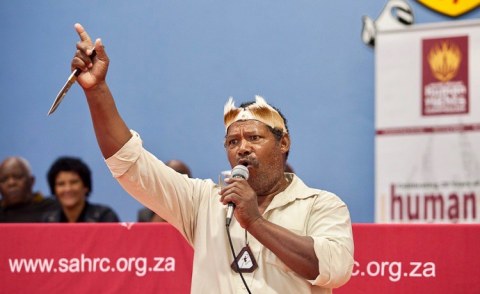 'Children in Cape Flats Gangs Are Child Soldiers'
Tagged:
Copyright © 2018 Voice of America. All rights reserved. Distributed by AllAfrica Global Media (allAfrica.com). To contact the copyright holder directly for corrections — or for permission to republish or make other authorized use of this material, click here.