Zimbabwe: Cannabis Not for Recreation, Gvt 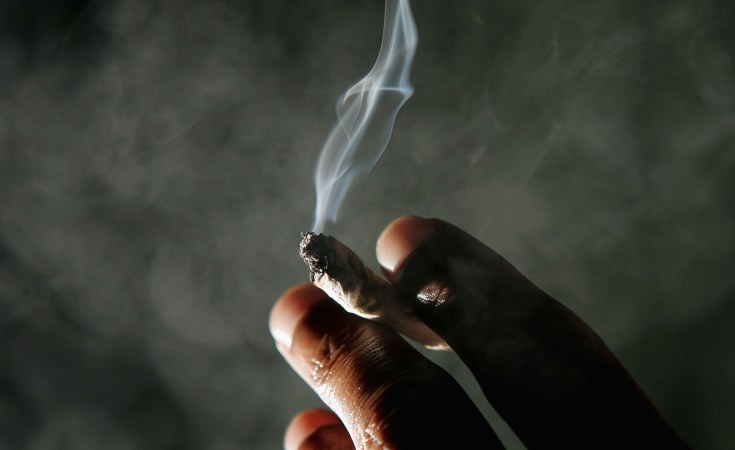 The use of cannabis, also known as hemp, for recreational purposes, is still illegal in Zimbabwe and the reason for legalising its production is specifically for medicinal and industrial purposes, Health and Child Care Minister Dr David Parirenyatwa has said.

Recreational activity involves the smoking of cannabis to get high. In a statement to journalists last night, Dr Parirenyatwa said Government was looking forward to harness the immense benefits of the plant in a legal and well-regulated environment.

"Possession of cannabis, other than for medicinal or scientific purposes, is therefore still illegal in Zimbabwe. For emphasis, licencing is imperative for medicinal or industrial cannabis use," said Dr Parirenyatwa.

Dr Parirenyatwa said those licenced to grow cannabis would operate under strict regulations which include cameras to ensure that they do not abuse their trust by using the drug for any other purposes other than those stipulated in the law. In Zimbabwe, cannabis, the plant and the products are controlled under the Dangerous Drugs Act (Chapter 15:02) and the Criminal Law (Codification and Reform Act (Chapter 9:23) and is treated as a prohibited drug for recreational purposes.

The two acts regulate the importation, exportation, production, possession, sale, distribution and use of dangerous drugs. However, Dr Parirenyatwa said gazetting of Statutory Instrument 62 of 2018 on production of cannabis for medicinal and scientific use describe in detail the requirements needed for one to be licenced and sets the conditions that have to be fulfilled to grow, process and export the plant and its products.

He also added that the type of cannabis that Government was promoting is called sativa, which has enormous benefits both industrial and medicinal but less narcotic. Dr Parirenyatwa said Government values contributions from all stakeholders and will continue consulting on the issue as the industry grows.

"Government will use a multi-sectoral approach to coordinate and regulate this industry as it develops. This will include health, industry, agriculture, home affairs, customs, academia and the private sector among others. These regulations do not therefore mean that it is now a free for all in growing and processing hemp. You have to be licenced," he said.

Asked on the rationale behind the $50 000 licensing fee for one to grow hemp, Dr Parirenyatwa said Government considered the potential of revenue to be generated in the industry. In a separate interview, the Zimbabwe Industrial Hemp Trust founder Dr Zorodzai Makovere asserted that cannabis sativa was different in narcotic properties from cannabis india, commonly referred to as mbanje here in Zimbabwe.

Dr Makovere said sativa had none or little concentration of Tetrahydrocannabinol (THC), which is narcotic and is therefore of no benefit to drug users. She said sativa was actually a 'cousin' to the popular cannabis india and cannabis rudelis, which is less popular.

"Sativa is the strongest fiber in the plant kingdom. It is harmless for it cannot be used as a recreational drug because it contains very little to none of the psychoactive compound THC, therefore it is not useful to drug users," said Dr Makovere.

She said cannabis sativa was unjustly criminalised as it was associated with its narcotic cousins resulting in its ban. Dr Makovere said before its ban, hemp was common for canvas paper and rope making in ancient civilizations like Egypt, China, Greece and Europe. She said considering that cannabis sativa was not a 'dangerous drug', her organisation was still engaging the relevant authorities on legalisation of its production in Zimbabwe.

"We are still liaising with Government regarding the latest announcement to see if hemp will also be subjected to the same regulations," she said.

She said there is current ambiguity in legislation of cannabis sativa and her organisation will continue seeking for clarity.

Zimbabwean Govt Approves Marijuana Investors
Tagged:
Copyright © 2018 The Herald. All rights reserved. Distributed by AllAfrica Global Media (allAfrica.com). To contact the copyright holder directly for corrections — or for permission to republish or make other authorized use of this material, click here.