This Day (Lagos)
By Obinna Chima

The Central Bank of Nigeria (CBN) has signed a $2.5 billion bilateral currency swap with the Peoples Bank of China (PBoC).

Governor Emefiele of the CBN and Governor Yi of the People's Bank of China signing the currency swap agreement between both countries.

The transaction which is valued at Renminbi (RMB) 16 billion, or the equivalent of about $2.5bn, is aimed at providing adequate local currency liquidity to Nigerian and Chinese industrialists and other businesses, thereby reducing the difficulties encountered in the search for third currencies, said the statement.

Among other benefits, this agreement will provide naira liquidity to Chinese businesses and provide RMB liquidity to Nigerian businesses respectively, thereby improving the speed, convenience and volume of transactions between the two countries.

It will also assist both countries in their foreign exchange reserves management, enhance financial stability and promote broader economic cooperation between the two countries.

News on the swap comes at a time Nigeria's foreign reserves have inched up to $48 billion on higher oil prices, giving the country leverage in its negotiations with the Chinese central bank. 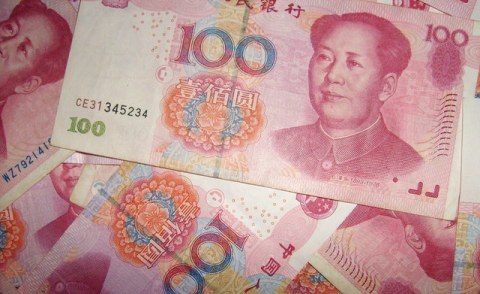 Chinese Yuan to Become Reserve Currency of Lesotho?
Tagged:
Copyright © 2018 This Day. All rights reserved. Distributed by AllAfrica Global Media (allAfrica.com). To contact the copyright holder directly for corrections — or for permission to republish or make other authorized use of this material, click here.