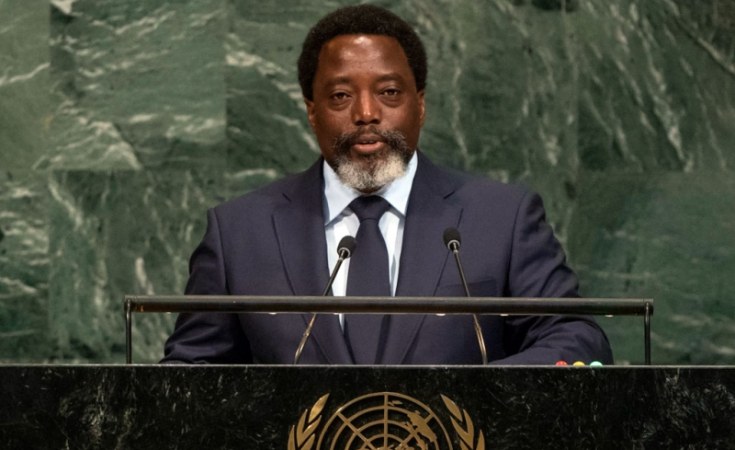 Newly uncovered evidence published today by The Sentry reveals that BGFIBank DRC, a Congolese bank run and partly owned by members of President Joseph Kabila's family, maintained accounts up to at least 2016 for companies with ties to terrorists.

The Sentry's investigative alert, "Bank Scandal in Congo," details how the bank maintained those accounts for Congo Futur, a company under U.S. sanctions, despite repeated warnings from employees, other banks, and the U.S. government.

Joshua White, Director of Policy and Analysis at The Sentry, said: "The new information stemming from this investigation should raise further red flags for banks and regulators charged with implementing international anti-money laundering and counterterrorism financing standards. This case perfectly exemplifies the ties between corruption, terrorist financing, and compliance risk in one of the world's most volatile regions."

John Prendergast, Co-founder of The Sentry and Founding Director of the Enough Project, said: "Banks in Congo that have been infiltrated by corruption need to clean up their act to counteract pervasive money laundering and illicit financing. The findings from this investigation call into question the credibility that the banks and businesses identified in this investigation have to justify their access to the international financial system. This case should send chills down the spines of correspondent banks wanting to continue to do business with banks controlled by the Kabilas in Congo."

Documents uncovered by The Sentry show that BGFIBank DRC maintained accounts of significant value in 2016 for companies owned or controlled by Congo Futur, a company placed under sanctions by the U.S. Department of the Treasury's Office of Foreign Assets Control (OFAC) for being owned or controlled by financiers of Hezbollah.

Sasha Lezhnev, Deputy Director of Policy at the Enough Project, said: "The U.S. sanctions implications for working with Hezbollah financiers well after they were blacklisted couldn't be more clear. This crosses counter-terrorism lines. The Treasury Department should also urgently investigate and use its authorities to sanction and undertake measures pursuant to the Patriot Act against those responsible for this heinous activity, now that ample evidence has come to light. The U.S. government, particularly the Office of Foreign Assets Control and FinCEN, should take a deeper look at the case here."

The Sentry reviewed and analyzed the documents in partnership with the Plateforme de Protection des Lanceurs d'Alerte en Afrique, an NGO focused on protecting African whistleblowers. Account ledgers from BGFIBank DRC reviewed by The Sentry and PPLAAF indicate that, in 2016, the bank maintained a total of 15 accounts for five reported subsidiaries of Congo Futur.

Documents obtained by The Sentry indicate that the following companies maintained accounts at BGFIBank DRC in 2016:

Kin Trading, a company described in correspondence between BGFIBank DRC employees and confirmed by OFAC as a Congo Futur subsidiary, held two accounts at the bank.

Glory Group, a company described by a Congolese government research center and in several Congolese media reports as a successor entity of Congo Futur, held six accounts at BGFIBank DRC.

The report calls for urgent action to investigate these banking relationships and to protect the integrity of the U.S. financial system.

Click here for the Alert in French | En français

The Sentry is composed of best-in-class financial forensic investigators, policy analysts, and regional experts who follow the dirty money and build investigative cases focusing on the corrupt transnational networks most responsible for Africa's deadliest conflicts. By creating a significant financial cost to these kleptocrats through network sanctions, anti-money laundering measures, prosecutions, and other tools, The Sentry aims to disrupt the profit incentives for mass atrocities and oppression, and creates new leverage in support of peace efforts and African frontline human rights defenders. The Sentry's partner, the Enough Project, undertakes high-level advocacy with policy-makers around the world as well as wide-reaching education campaigns by mobilizing students, faith-based groups, celebrities, and others. Co-founded by George Clooney and John Prendergast, The Sentry is an initiative of Not On Our Watch (NOOW) and the Enough Project. The Sentry currently focuses its work in South Sudan, Sudan, the Democratic Republic of Congo, Somalia, and the Central African Republic.

Tagged:
Copyright © 2018 ENOUGH Project. All rights reserved. Distributed by AllAfrica Global Media (allAfrica.com). To contact the copyright holder directly for corrections — or for permission to republish or make other authorized use of this material, click here.