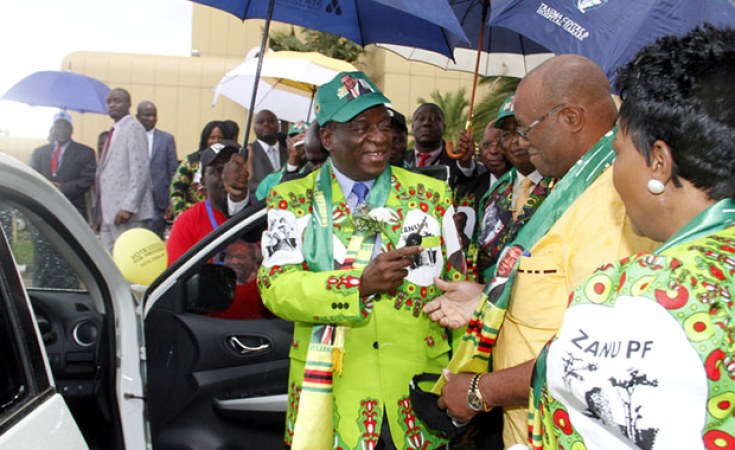 Photo: The Herald
President Mnangagwa hands over keys to one of the vehicles bought for the election campaign to Manicaland provincial chairman Mike Madiro after the launch of the party’s election manifesto in Harare. Looking on is First Lady Auxilia Mnangagwa
New Zimbabwe (London)

Most of the party members who turned up were donning the "ED scarf" depicting the national flag. The scarf has been made famous by President Emmerson Mnangagwa.

Among those who attended the event at the Harare International Conference were Politburo and Central Committee members, Zanu PF MPs, Cabinet ministers, delegates from the country's ten provinces as well as foreign diplomats based in Harare.

Bishop Mutendi said the Zanu PF manifesto should be a product of the people for it to be acceptable adding that the launch should be totally different from what has gone before.

"The just ended ZANU-PF primary elections were a test of patriotism. Success is not final, failure is not fatal," he added.

Addressing the crowds, Mnangagwa said he was honoured to be the party's presidential candidate in the elections to be held in two months-time. He also told the crowd that VP Kembo Mohadi was unwell.

"He (VP Mohadi) is not feeling too well. We wish him a speedy recovery. I am honoured to stand for you as the party's Presidential candidate. I am joined by many esteemed men and women who have answers to serve Zanu PF and people of Zimbabwe as candidates in upcoming elections," he said. 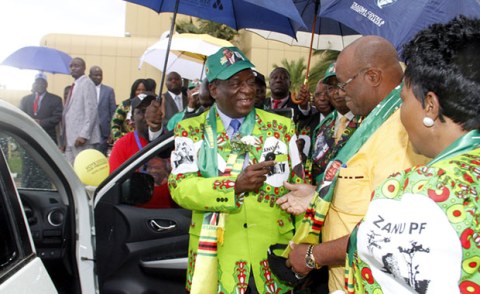 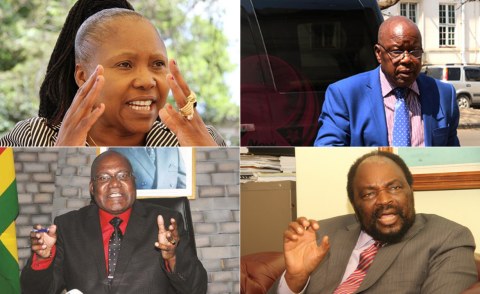 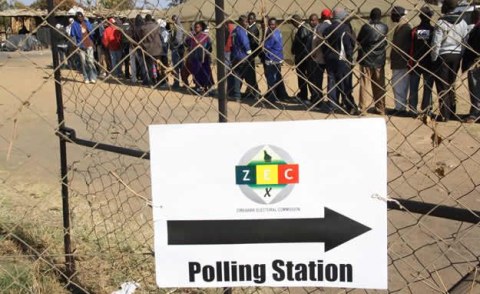 Support Opposition to Destroy Mnangagwa, Exiled Moyo Tells Mugabe
Tagged:
Copyright © 2018 New Zimbabwe. All rights reserved. Distributed by AllAfrica Global Media (allAfrica.com). To contact the copyright holder directly for corrections — or for permission to republish or make other authorized use of this material, click here.