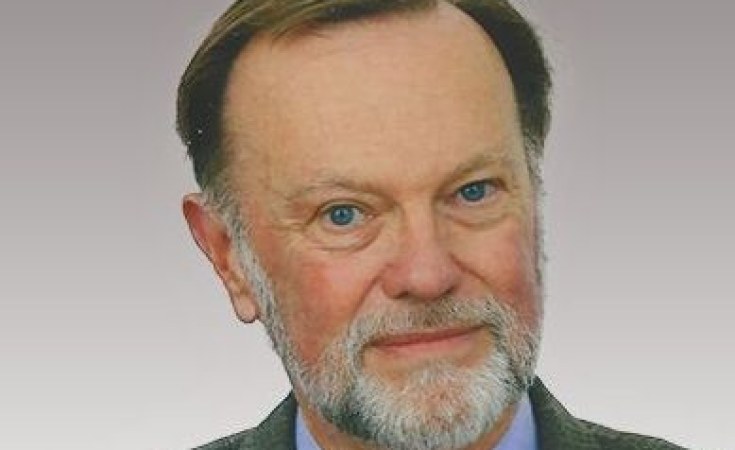 Washington, DC — A career diplomat who was U.S. ambassador to Guinea and Ethiopia under Presidents Bill Clinton and George W. Bush has been chosen for the top Africa policy post in the State Department, it is understood.

Although no White House announcement has been made, the selection of Tibor P. Nagy, Jr. to be Assistant Secretary of State for African Affairs has been approved by the President and the new U.S. Secretary of State, Mike Pompeo, according to several sources who have direct knowledge of the Trump administration's somewhat murky vetting process.

UPDATE: The White House said in a statement that the Nagy nomination was sent to the Senate on May 10. Also announced was nomination to be U.S. Ambassador to #Kenya : Illinois Republican State Senator Kyle McCarter, who with his wife Victoria founded the Kenya-based charity each1feed1 :

His nomination has been anticipated for a number of weeks but - after Rex Tillerson was dismissed on March 13 - was apparently delayed until after Pompeo took office.

According to his university biography, he was born in Hungary and came to the United States at age eight as a political refugee. Nagy has spent most of the past 15 years in Lubbock, Texas where he was vice provost for international affairs at Texas Tech University.

"I'm pleased they picked someone with experience in diplomacy," Ambassador Linda Thomas-Greenfield said in a telephone interview. "Tibor knows how the Department functions."

Thomas-Greenfield, as the Africa assistant secretary during the second Obama term, worked with Nagy when he was temporarily recalled from retirement.

In 2016, Nagy served for a month as the interim U.S. ambassador to Nigeria while the current ambassador, Stuart Symington, was awaiting confirmation and Secretary of State Kerry was scheduled to visit. "We needed someone with experience in that critical post," Thomas-Greenfield said. "He knew how to operate as chief of mission."

The senior Africa job at State has been vacant since Thomas-Greenfield stepped down in March 2017. In September, another career ambassador, Donald Yamamoto, was named to direct the Africa Bureau at State serving in an acting capacity.

The first choice of the Trump team for the Assistant Secretary job was J. Peter Pham, an African security expert who is vice president and director of the Africa Center at the Atlantic Council, a leading Washington, DC think-tank. But his selection was opposed by Senator James Inhofe (R-OK), who criticized Pham's lack of government experience and his friendly stance towards Morocco. Inhofe has criticized Morocco's human rights record and expressed support for Western Sahara, the former Spanish colony occupied by Morocco.

There was also a delay last year filling the highest Africa-related position in the White House. Two picks were rejected before Cyril Sartor, a CIA analyst, was installed as senior director for Africa at the National Security Council (NSC).

Nagy resigned from his post at Texas Tech in October. "There is a possibility that I will return to the U.S. government," he told the Lubbock Avalanche-Journal.

During his tenure in Texas, Nagy maintained an active voice in foreign policy deliberations. During the 2004 and 2008 Presidential campaigns, he was part of a group of volunteers advising Democratic candidates John Kerry and Barack Obama on Africa matters.

In 2012, Nagy and Peter Pham co-chaired the Africa advisory group working for the Republican nominee, Mitt Romney. During the 2016 Republican primaries, Nagy said he "contributed policy advice" to one the candidates contesting their party's nomination and was part of a group that worked on Africa policy after Trump won the nomination.

In 2014, Nagy wrote a lengthy response to a Houston Chronicle editorial that was critical of the Ethiopian government. In an article for the Chronicle, republished in The Reporter, an Addis-based newspaper, he said that instead of focusing only on human rights violations, "It would be much fairer to view where Ethiopia is today in relation to where it has come from, and especially to where it is headed." And he advised that public criticism of the country's leaders was "counterproductive".

In February, he wrote an opinion piece examining the "foreign aid conundrum" in which he extolled "America's international generosity" while decrying "development dependency" in many countries and the ineffectiveness of most development assistance.

Previous Story
Next Story
Ethiopia's Improvement Should Allay Its Critics

Ethiopia's Improvement Should Allay Its Critics