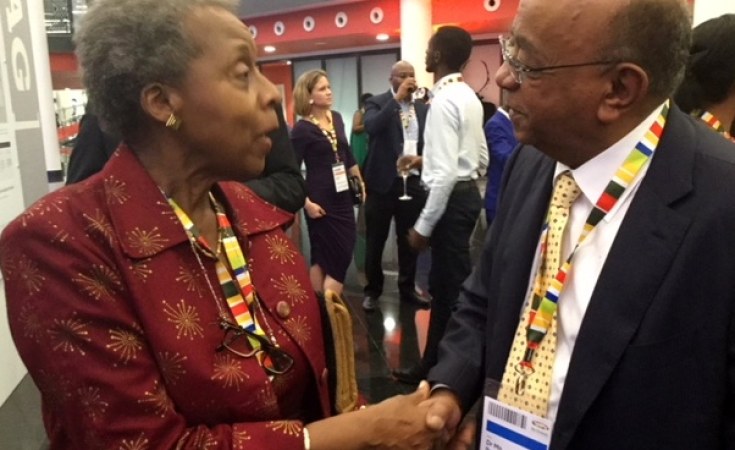 As Mo Ibrahim rounded the corner to the Radisson elevator on his way to the democracy award ceremony, I greeted him and declared that the Africanist community should give him an award.

After all, through the Mo Ibrahim Foundation (MIF) he has focused relentlessly on sustaining democracy in Africa for more than a decade. He laughed away my suggestion as we got into the elevator with Mo Ibrahim Prize Committee Member and former German President Horst Kohler and his wife.

I wasn't joking:  Mo Ibrahim deserves recognition for his pioneering work to strengthen democracy in Africa.   Democracy is under assault worldwide as nations reduce basic freedoms and shrink the space for civil society. In Africa, in the past three years fully eight countries have attempted to change constitutions to ensure that incumbents can legitimately hold power for up to 20 years or, in one case, indefinitely.  Absent the U.S. voice as moral exemplar for liberal democracy and faced with the anti-democratic, populist movements sweeping across eastern Europe and parts of Asia, Mo Ibrahim, through MIF, is filling a global void.

The prize is important, but Mo's efforts are a multi-pronged set of initiatives that go far beyond the prize.  Mo is the force behind the conception and implementation of the Ibrahim Index of African Governance (IIAG), an instrument of one hundred indicators ranging from economic development to the rule of law to civic participation and human rights that is updated annually for 54 countries. A respected reference, it can laud democratic advances or trigger an unassailable indictment of moves toward tyranny.

The annual conference is another part of Mo's ambitious effort to expand and deepen the democracy space on the continent.  He uses the weekend to showcases democratic institutions and their interplay with civil society. This year the major forum topic was public service, an often overlooked key to good governance.  In addition to the main forum, participants were introduced to other democracy-focused organizations in more than 15 separate workshops where they were encouraged to rub elbows with and express their widely divergent points of view with senior African leaders.

In the Africa Report debate, "Is the African Union a Necessity?," the free-wheeling discussion gave opportunity for civil society to delve into the continent's economic reform in the Continental Free Trade Agreement; debate China's growing role on the continent;  and probe the AU's broader reform plan.  The session provided ample space for young people to express their concerns, but it also exposed major tension between the millennials with their language of metrics and technology, and current leaders who speak of state sovereignty and strengthening current structures.

In the Open Government Partnership (OGP) session, the MIF showcased an important NGO dedicated to civil society/ government partnership to promote transparency, battle corruption and improve governance. In the session, die-heart civil society advocates examined data that showed growing stresses on democratic institutions and shrinking of basic freedoms and human rights.  OPG is a strong democratic force of 84 countries including the U.S., U.K., France and Brazil as well as many other European, Asian and Latin American countries subscribing to its commitment to government/civil society partnerships.  African countries are noticeably absent from OPG membership, with South Africa as the only financial member from the continent in 2017.  I suspect that MIF was trying to gently nudge more African participation in the global democratic governance movement.

Beyond the careful architecture of the meeting, Mo further stirred the pot by holding the Annual Governance Weekend in Rwanda, forcing participants to acknowledge the clean streets, efficient service and broad-band saturation as Rwanda aims to be the IT hub for East Africa and a middle-income country by 2020.  Human rights skeptics  demur, but for the third time in three years, Rwandans have assured me that at  this stage of their development they need guided democracy and they crave the order and sense of well being that accompanies that regimented life.

But programs and venue aside, the jewel in the crown of the Mo Ibrahim democracy enterprise is the democracy award, more formally the Abraham Prize for Achievement in African Leadership.  Given for the first time in three years, the award was all the more notable because it was given to Africa's only elected female president.

In his opening remarks, Mo Ibrahim Foundation Board Chair and former Secretary General of the Organization of African Unity Salim Amed Salim said that the Prize Committee was unanimous in its decision to give former Liberian President Ellen Johnson Sirleaf the award this year.  While her tenure certainly wasn't perfect, she brought post-conflict country Liberia through twelve years of steady sustainable development and maintained peace.  Ivorian President Alassane Ouattara reinforced the Sirleaf selection and praised her steady support in the Ivorian crisis and throughout the ebola outbreak. The agreement of the board, prize committee and former prize recipients confirmed Ellen's exemplary leadership of a post-conflict democracy.

In accepting the award, Ellen delivered a blockbuster tutorial on democracy, noting the need to strengthen and support the foundational institutions of democracy, promote civil society, protect the sanctity of the rule of law, reform political parties and ensure the peaceful transfer of power. She underscored that there are no other elected women presidents and challenged the group to remedy that failing.

She didn't recount her accomplishments of reducing Liberia's debt, or strengthening sub-regional institutions, or her forceful role as ECOWAS chair in installing lawfully-elected Adama Barrow as president in the Gambia.

But the former president did tackle head-on the corruption issues that bedeviled her administration, acknowledging the institutional and systemic culture of corruption deeply embedded in the fabric of Liberian life over decades. She noted that the fight against corruption had to carry over from administration to administration and, in a gracious nod to now-President George Weah, she cited his commitment to continue the battle to rid Liberia of the corruption scourge.

A standing ovation at the end of her remarks confirmed that the Committee had made the right decision: Ellen delivered.  Substance and glitz.  Amid ululating Liberian supporters, women ruled.

In the gala after-party, I talked to Mo again, applauding Ellen's speech, thanking him for giving her the Mo Ibrahim seal of approval and affirming her place in African history. We bantered back and forth. I worried about the continuing shrinkage of democratic space, especially for civil society; Mo focused on the rule of law and building a bigger constituency for democracy.  We both bemoaned the lack of women political leaders and agreed on the looming challenge of making space for the new generation pressing to step forward. I applauded his new Next Generation Forum to work with young leaders.

We were in sync on everything except an award for Mo himself.   Mo, who uses his fortune generously to advance a way of life that empowers citizens, improves lives and advances human progress.  Mo - the most ardent supporter, sustainer and champion of African democracy--deserves recognition.  Next year! 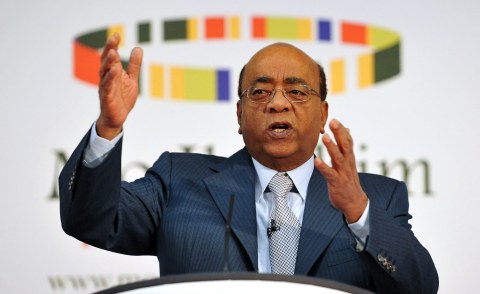 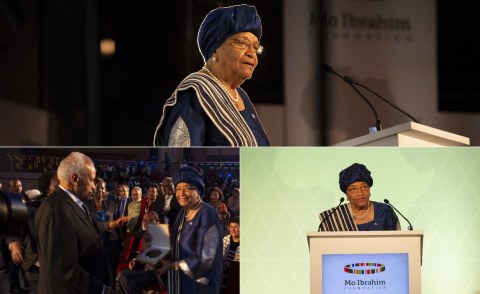 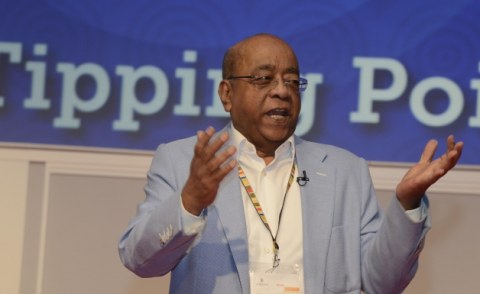 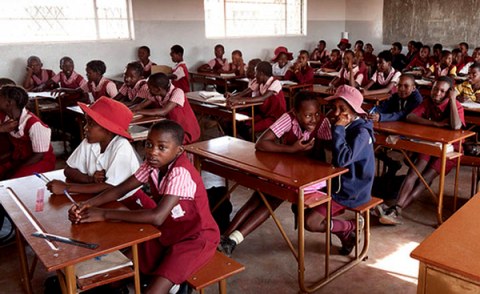 Africa Records Huge Mismatch Between Education, Job Prospects
Tagged:
Copyright © 2018 The Bridges Institute. All rights reserved. Distributed by AllAfrica Global Media (allAfrica.com). To contact the copyright holder directly for corrections — or for permission to republish or make other authorized use of this material, click here.

Get Us Out of Here - U.S. to Evacuate Citizens Out of Africa
Energy