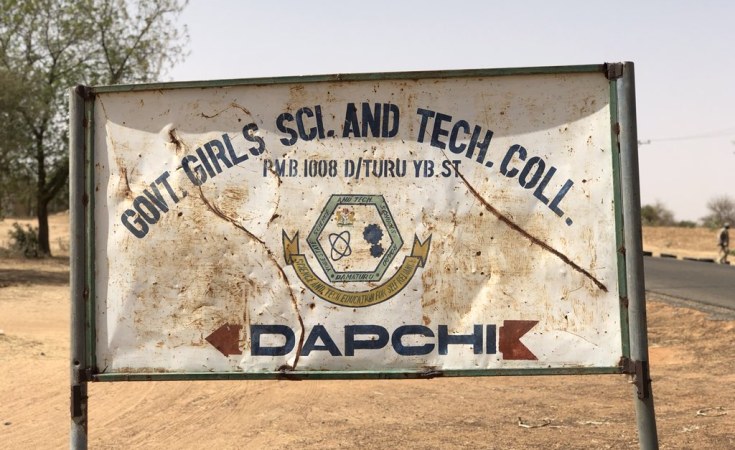 Seventy-seven days after the abduction of Dapchi schoolgirls with one, Leah Sharibu, still in captivity, the freed girls have returned to the school, according to a fact-finding report by Washington DC, USA-based US/Nigeria Law Group.

Worried that harm could still befall the girls, the group, in its report released, yesterday, urged the Nigerian government to shutdown GGTS and other vulnerable schools immediately and relocate students to other safer locations.

It also urged the government to secure the freedom of Leah before her birthday on May 14; account for $22 million Safe School Initiative, SSI, donors funds; ensure optimal utilisation for purposes intended; provide support and updates to families of unrecovered girls; investigate collusion in the abductions .

"We note that some of the Dapchi students are orphans whose parents had previously been killed by Boko Haram. Government should provide financial support and scholarships to these double standards.

"The report read in part: "We are alarmed at reliable reports that students of GGTS, who escaped the Boko Haram abduction in February have recently been returned to the school even as several schoolgirls remain unaccounted for.

"In such a climate of uncertainty and lack of clarity as to the misfortunes of the students who didn't return alive, it is traumatic and insensitive to say the least for the government to return the girls to Dapchi after they were initially moved to a different town to conduct their exams.

"The decision to bring them back to Dapchi is a classic reinforcement of failure and an invitation to tragedy for a number of reasons. Under indicators and parameters established by the Safe Schools Initiative during the prior administration, vulnerable schools such as GGTS were meant to be closed down.

"However, the Buhari administration disrupted the operations of the SSI and under the false narrative of a 'technically defeated' Boko Haram created an enabling environment for the Dapchi abductions."

Nigeria's Freed Dapchi Girls Too Scared to Return to School
Tagged:
Copyright © 2018 Vanguard. All rights reserved. Distributed by AllAfrica Global Media (allAfrica.com). To contact the copyright holder directly for corrections — or for permission to republish or make other authorized use of this material, click here.