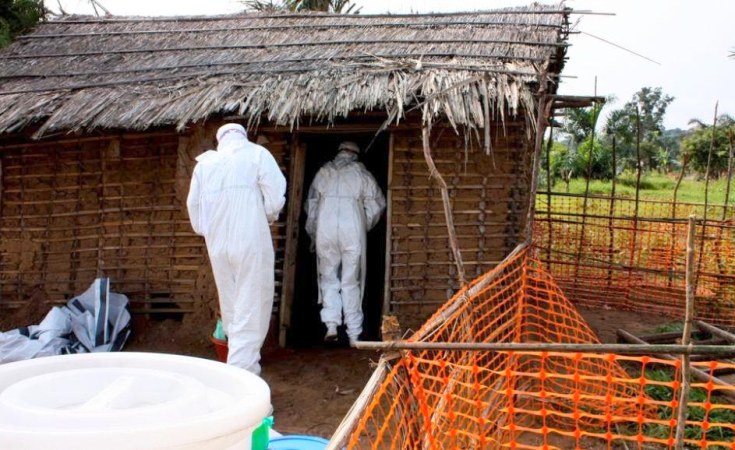 Medical teams from the World Health Organization arrived in the Democratic Republic of Congo to combat a new Ebola virus outbreak, as government officials in the region put plans in place to contain the outbreak.

The World Health Organization announced Tuesday that DRC is suffering a new outbreak in its Bikoro area in Equateur Province and said it has released $1 million from its emergency fund to support response to the crisis. The announcement came after 17 people died of suspected cases recently and health officials confirmed that at least two of the dead were infected with Ebola.

Nigeria's Health Minister Isaac Adewole said Wednesday that Nigeria is stepping up its screening of visitors from DRC and will consider sending health teams to Congo help manage the outbreak.

The WHO said it is deploying epidemiologists, clinicians and infection prevention and control experts to DRC.

The last Ebola outbreak in DRC was in 2017 in Likati Health Zone, when 4 of 8 infected people died. This is the ninth Ebola outbreak since the virus was discovered in 1976 and named for a local river, the Ebola.

None of the Ebola outbreaks in DRC were connected to the massive outbreak that took place recently in Guinea, Sierra Leone and Liberia. It lasted from 2014 to 2016 and killed more than 11,000 people. The WHO was criticized for its slow response to that outbreak.

The Ebola virus can transfer from monkeys and bats to humans, among whom it can spread rapidly. In many cases, the hemorrhagic fever resulting from the Ebola infection is fatal.

A new, experimental vaccine has been shown to be effective against the virus, although supplies are limited.

10 Countries on High Alert Over DRC Ebola Outbreak
Tagged:
Copyright © 2018 Voice of America. All rights reserved. Distributed by AllAfrica Global Media (allAfrica.com). To contact the copyright holder directly for corrections — or for permission to republish or make other authorized use of this material, click here.