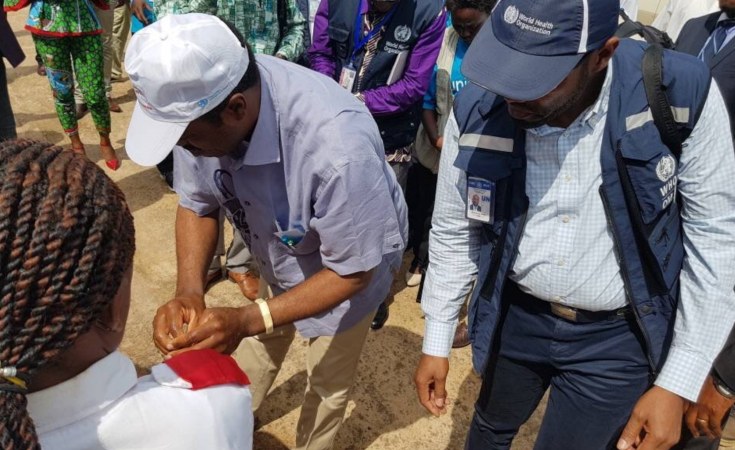 WHO
Responding to the DR Congo's latest Ebola outbreak.
allAfrica.com

The World Health Organization's director-general, Dr Tedros Adhanom Ghebreyesus, flew into the Democratic Republic of the Congo at the weekend to visit an area hit by an outbreak of Ebola.

He also held talks on the situation with  President Joseph Kabila.

His rapidly-organised visit comes against the backdrop of strong criticism of the international agency over its slowness to act in response to the West African Ebola outbreak of 2014, under the watch of his predecessor as WHO chief.

WHO reported on Friday that Dr Tedros was visiting the DR Congo "to take stock of the situation and direct the continuing response in support of the national health authorities."

He met the DRC's Minister of Health, Dr Oly Ilunga on Saturday, and President Kabila on Sunday. He tweeted that he had a very productive meeting with Kabila and was "glad to witness the Government's leadership".

"We are now on our way to visit the affected areas and assess the situation first hand," he added.

WHO said on Friday that 34 cases had been reported in the Bikoro health zone of Equateur Province - two confirmed cases, 18 probable cases (the victims had died) and 14 suspected cases.

The area is 250 km from Mbandaka, the capital of Equateur Province.

WHO Reports on Ebola Outbreak in Equateur Province