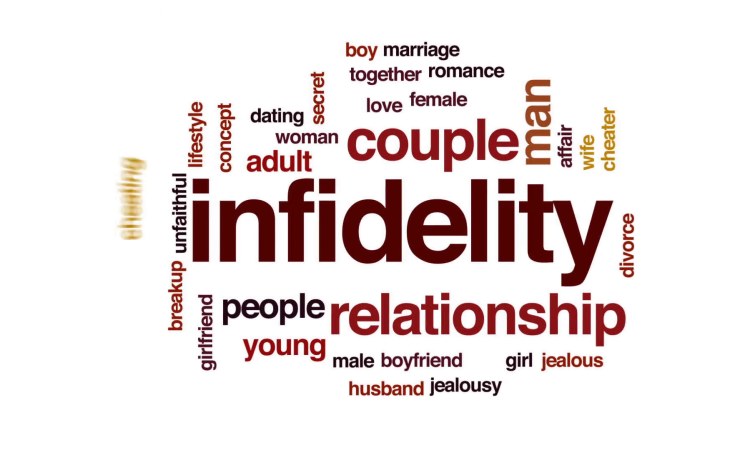 The hapless woman at the heart of the dispute, Precious Kgaje, asked the High Court, Francistown, for a damages order against Oreneile Mhotsha, saying the other woman had been having an affair with her husband.

In her defence, Mhotsha said it was no longer appropriate to allow a damages claim for adultery. Such a claim was invasive and violated her rights to privacy, among others.

The decision of High Court Judge Lot Moroka – at 48 pages it is one of the longest I have seen coming out of Botswana – goes through the arguments for and against the position taken by the two women and in doing so summarised the history of adultery.

It is a history that still riles, however many times I read it in judgments such as this. Just for one, the Romans, as the judge pointed out, 'were notorious for the double set of moral standards' they observed. While a wife had no action available against her husband's 'extra-marital escapades", the husband had a range of options if his wife had an affair, ranging from sending her back to her parents, to killing her.

By contrast, Moroka said, in present day Botswana marriage was seen as sacrosanct and its protection was part of the country's international obligations. Not only was Botswana bound by the African Charter on Human and Peoples' Rights to protect 'the family', but it had also set up structures to adjudicate marital disputes.

His international survey of the matter showed that more than 80% of the states in the USA had either abolished or restricted the delict, so had several European countries including France, the Netherlands, Germany and Austria.

The question was more complicated in Africa, however, because while adultery was a criminal offence in Cameroon, for example, Seychelles had abolished both criminal prosecution and the civil claim.

What about Botswana? To decide the question before him, he had to consider whether there had been any fundamental shift in the views of society in Botswana that would warrant abandoning the delict. Other countries had made decisions on this issue, but Botswana was a sovereign state with its own norms and values, and the court had to consider the question 'purely from the perspective' of Botswana.

Botswana had not criminalised adultery, and by its tradition of restricting adultery to the sphere of private law it recognised that it was the 'quality of the citizen, his or her integrity and voluntary respect for the marital institution, and not the fear of sanction, that sustains tranquility in the marriage'.

The court identified some of the challenges to modern marriage, with Moroka saying a judge could not look at the issue of adultery 'wearing 18th century goggles' but had to 'step out of the capsule of time which the law books have become and look at contemporary Botswana'.

Among these contemporary influences was the high literacy and education level of most people in the country, which led to the assumption that the Batswana respected the law 'not out of fear of sanctions but out of self-respect'.

Marriage today was a 'contract of equals', Moroka said, with many women being highly educated and working in highly-placed positions. Married men and women interacted at work and while away from home. 'Because marriage does not end attractiveness, the woman becomes exposed and attracted to third parties. So (does) the man.' Whether this led to adultery did not depend on a legal threat but rather 'on the health of the marriage and the resolve of the parties to fidelity'.

'How does the actio injuriarum in adultery assist a man whose wife engages in a cyber-romantic relationship with a man based in Brazil and is emotionally elsewhere,' he asked. How would it help a woman whose husband's attention had been 'stolen by romantic cybersex with a phantom woman in Abuja?' Against this background, the legal remedy allowing a damages claim for adultery was 'out of the step with the realities faced by modern families'.

Rather than trying to deal with the problem via legal threats, 'moral regeneration' was needed and 'respect for sacred institutions' rather than threat of sanctions.

These days, he said, when adultery made the newspapers, the details were 'more a source (of) amusement, tabloid headlines and social media gossip than opprobrium'.

'There is no longer any turpitude attached to adultery,' he said.

The concluding section of the judgment made clear his personal views, but also indicated what he believed was the appropriate way forward for Botswana. '(A)dultery … will always be objectionable conduct. From a religious perspective it remains a sin. It is important, however, to observe that adultery is not possible without the willing participation of the guilty spouse. The absence of the remedy of damages is no licence to adultery. There are alternative remedies available to protect the family from third party intrusion.'

I'm no expert on the law in Botswana, but I question this section of Moroka's judgment. First, it does not follow logically from what has gone before. His judgment is based on the premise that integrity, rather than legal threat, ensures fidelity in relationships, yet here he suggests replacing one threat – a damages claim – with another – an interdict against the continuing relationship followed by imprisonment for contempt if the interdict is not obeyed. It is a contradiction that just doesn't make sense. The second reason his suggestion will not work, certainly not in SA, is that the courts have already considered and discarded such an idea. (See Wassenaar v Jameson and RH v DE in the SCA at 34 c)

Assuming Moroka was flying a kite with his interdict suggestion, what is the status of the rest of his decision, particularly in view of the fact that he decided the matter – and made new law for Botswana in the process – as a member of the High Court, rather than of the country's superior judicial forum, the court of appeal?

An expert on Botswana's legal system explained: the judge's declaration that the delict of adultery was no longer available because it was not 'consistent with the boni mores of contemporary Botswana', was now law 'until appealed against'. If there was no appeal, it would remain the law of the land.

Moroka's decision is to be welcomed – the delict for adultery is peculiarly archaic – but it is a great pity the judgment was marred, in my opinion, by the interdict suggestion: I can only hope someone will appeal so the highest court has a chance to deal with it.

Tagged:
Copyright © 2018 Legalbrief. All rights reserved. Distributed by AllAfrica Global Media (allAfrica.com). To contact the copyright holder directly for corrections — or for permission to republish or make other authorized use of this material, click here.