Cape Town Mayor Patricia de Lille, who was on Tuesday temporarily restored to her position, says she will appeal to the DA to work together with her in the meantime after the party indicated that her return would be ceremonial.

The Western Cape High Court on Tuesday granted De Lille's urgent request for the temporary suspension of the DA's decision to cease her membership, pending a full review of the decision next Friday.

The DA released a statement immediately after stating that the court's decision was not in the best interests of the people of Cape Town, and that governance decisions would in any case be made by the DA caucus in the interim.

It was "inconceivable" to expect the party to work with a mayor who had lost the confidence of two thirds of her caucus on two occasions, the statement read.

Responding to the DA's statement, De Lille said she simply wanted to work together with the party for the next 10 days for the sake of the City.

"Yes I am aware. I am still making the appeal that for the sake of the people of Cape Town, let us work together," she told News24 on Tuesday.

"Let us rise above these differences that we have, just for the sake of the people of the City of Cape Town. We must put the City first."

She repeated that she was exhausted from what was a grueling bout with the party in court, and that she was still "worried about the impact of all of this on the people of Cape Town".

Nonetheless, she returned to her office on Tuesday afternoon and took up her position again with her staff.

She did not want to elaborate further on the day-to-day functioning of the City for the next 10 days.

Deputy Mayor Ian Neilson on Tuesday told News24 that De Lille would be a "lame duck" mayor, with the DA caucus calling the shots in the City.

"She can sit in the office and drink tea, and drive around in CA1 but she's just not going to be able to do anything other than ask for oversight, because the DA caucus is essentially going to call the shots," said Neilson.

DA federal council deputy chairperson Natasha Mazzone told News24 outside court that one of the instructions from the court was that De Lille subject herself to internal party discipline and procedures, while her membership is reinstated.

That now also applies to the party's decision regarding the governance of the City for the next 10 days, she said.

The ANC in the Western Cape was critical of Mazzone's statement that the judgment was "not in the best interests of the City of Cape Town".

"Ms Mazzone must respect the decision of the court instead of accusing the judge of making a ruling which 'is not in the best interests' of ratepayers," said ANC provincial secretary Faiez Jacobs.

"On the contrary, the DA's haste in attempting to remove Patricia de Lille as mayor via a shortcut, without following a proper disciplinary process, shows contempt for the rule of law which the DA so often claims to be the champion of."

He said the ANC maintained that the "desperate trial-and-error" approach to fire De Lille, "looking for loose and thumb-sucked reasons, misunderstood contexts, and underhanded, targeted and abusive party constitutional changes", would not hold constitutional muster.

He called on Nielson, Mazzone and DA leader Mmusi Maimane to respect the decision of the court.

De Lille - 'Back At Work for the Sake of the People' 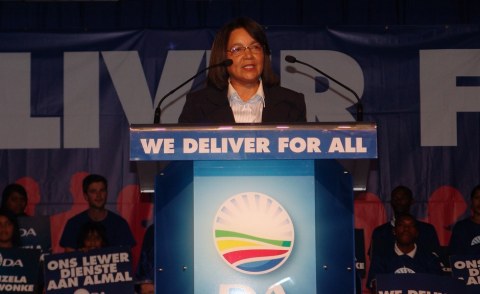