Africa: Palestine Opts for AU, Ethiopia to Mediate Israel Quandary Instead of U.S. 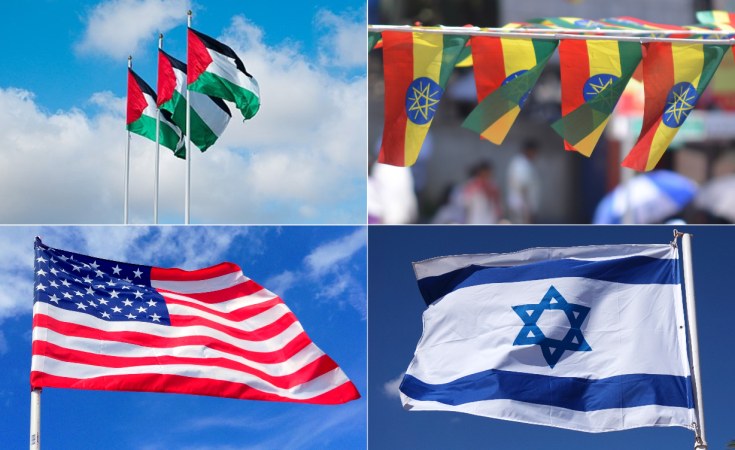 The Palestinian Ambassador to Ethiopia, Nasri Abujaish (PhD), called on Ethiopia and the African Union to engage in peace talks with Israel, as his country will no longer accept the US as a neutral negotiator after the US Embassy opening in Jerusalem.

The Ambassador announced this during a press conference held on the 15th of May 2018, to condemn the opening of the US embassy in Jerusalem.

"Ethiopia's relation with the Arab world as well as being the seat of the African Union and the political capital of the continent; we accept Ethiopia as a negotiator in the peace talks," Abujaish said.

"We thank Ethiopia for every support it has been providing since the early days at the UN and we expect them to carry-on their support in the future," Abujaish said.

Abujaish also indicated that the measure of the US to recognize Jerusalem and move its embassy was in full transgression of the UN resolutions that provided for the fate of Jerusalem be solely decided upon by an agreement between Palestine and Israel.

"We consider the act by the US as a colonial occupation of a sovereign nation and it is against all the UN Security Council and General Assembly resolutions," he said.

To the maximum, the UN resolutions acknowledge that Jerusalem can serve as a capital for both Palestine and Israel given the two nations agree to sit on the eastern and western part of the city of Jerusalem.

But, as the western part of the city is rich in historical sites; Islamic, Jewish and Christian and a walled ancient city, both claim belongingness of that section of Jerusalem. And Israel's continuous settlement programs in west bank and Gaza have sparked conflicts and death of innumerable number of civilians.

In its meeting held following the decision of the US to move its embassy from Tel Aviv to Jerusalem, the Arab League condemned the decision by the US. Speaking at the League, King Salman of Saudi Arabia also condemned the act by the US and pledged USD 150 million for the restoration of Islamic heritages in Western Jerusalem.

Previous Story
Next Story
A History of Africa-Israel Relations

Which African Countries Attended the U.S. Jerusalem Embassy Bash?
Tagged:
Copyright © 2018 The Reporter. All rights reserved. Distributed by AllAfrica Global Media (allAfrica.com). To contact the copyright holder directly for corrections — or for permission to republish or make other authorized use of this material, click here.

Jesus Visited Africa This Weekend, And There's Video to Prove It!
Transport