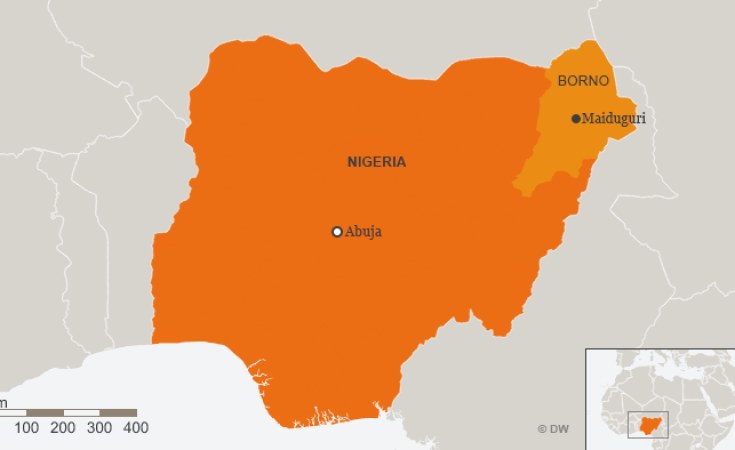 People in two of northeastern Nigeria's six states say militants with ties to Boko Haram are still in control of areas despite the federal government's unwavering stance that it has defeated the Jihadist militant group.

In Borno and Yobe states, residents told DW that militants of the so-called Islamic State in West Africa (ISWA) - led by Musab al-Barnawi - held sway over a territory spanning an estimated 100 miles (160 kilometers). Boko Haram rebranded itself as ISWA when it aligned with Islamic State in 2015, the year President Muhammadu Buhari pledged to defeat the group.

"Definitely Boko Haram is very much present in our area. They even mount roadblocks, conducting stop and search operations the way the military does. Luckily they don't kill people in this area," said Ahmad Muhammad, who lives in Damboa, Borno State.

Residents also told DW the militants were collecting taxes from citizens in return for what they said was "protection". The Nigerian military has refuted the claims, insisting that no territory was under ISWA control.

Mohamed Ibn Chambas, the UN Special Representative of the Secretary-General for West Africa and the Sahel said he was not surprised by the accounts of the residents because it was wrong to assume Boko Haram is totally defeated.

"Unfortunately, this kind of struggle is difficult to eliminate completely in the short-run. What is not in doubt is that good progress has been made against Boko Haram. Most of their territory has been taken away and they have been pushed to remote areas and are being pursued there," Chambas said.

In 2015, President Muhammadu Buhari pledged to defeat Boko Haram and officials insist this has been achieved. The conflict, now in its tenth year, continues. At the time he also told media outlets that Nigeria had "technically won the war" against Islamists Boko Haram militants.

Despite offensive attacks launched by the multinational task force, the Islamists still pose a threat to countries in the Lake Chad basin.

"Narratives can always be created by anybody for whatever purpose but you also need to verify. We have troops in Gaidam, in Gashua and even in Babban Gida. So, Were do they control?" Irabor said.

Political analyst Umar Baba Kumo suggested the army may need a new approach in the face of a continued Boko Haram presence in the states.

"This is a very devastating development and a serious threat. People are becoming very apprehensive and disturbed that, despite the gains recorded, the militants are trying to revert to the situation we had faced. I think there is a need for the military to become more strategic and focused," Kumo told DW.

More than 20,000 people have been killed and hundreds of thousands displaced in the ten years of insurgency by Boko Haram in Nigeria, Chad, Cameroon, and Niger.

Arrest, Punish Those Responsible for Killings, U.S. Tells Nigeria
Tagged:
Copyright © 2018 Deutsche Welle. All rights reserved. Distributed by AllAfrica Global Media (allAfrica.com). To contact the copyright holder directly for corrections — or for permission to republish or make other authorized use of this material, click here.