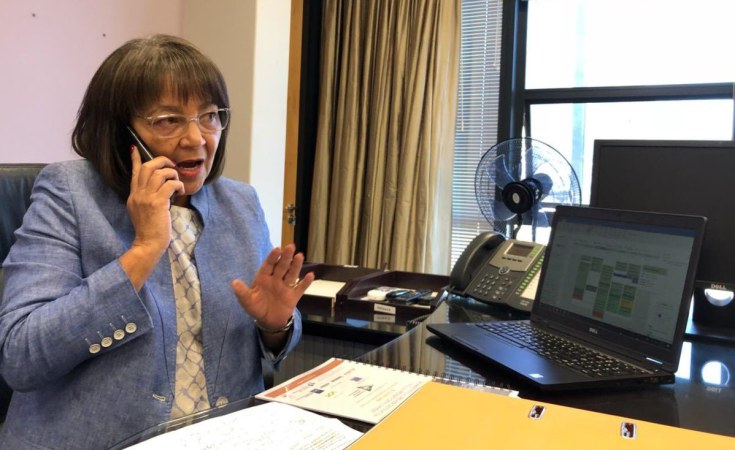 Photo: Supplied
Mayor of Cape Town Patricia de Lille at work after a court ruling in her favour.
allAfrica.com
By Andre van Wyk

Provincial campaign manager Anthony Benadie said the letter campaign will be taken around the Western Cape to ensure voter confidence, noting that the issues of De Lille and Cape Town's mayorship may arise during planned question and answer sessions.

"It remains important, though, that our message in this regard remains clear: the DA's mission in Cape Town is to put the people of the City first. That's why we are resolute in keeping maladministration and misconduct out of the City. Patricia de Lille is clinging on to power and putting herself before the people. Our promise to the people of Cape Town in Election 2019 is to keep corruption out and continue to deliver better services. Our actions in respect of Patricia de Lille honour this promise by putting service delivery and the people of Cape Town first," he said.

According to Times Live, De Lille slammed the pamphlets and the DA's statements, calling them misleading and an attempt at "spin doctoring" a High Court ruling that suspended the cessation of her membership with the Democratic Alliance.

Previous Story
Next Story
DA Caucus vs De Lille - Business As Usual in the City of Cape Town?

DA Caucus vs De Lille - Business As Usual in the City of Cape Town? 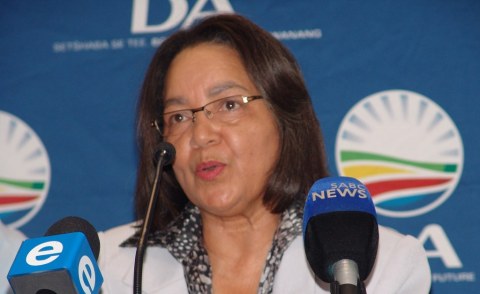 Cape Town Mayor's Axing Like 'Killing a Fly with a Hammer'
Tagged:
Copyright © 2018 allAfrica.com. All rights reserved. Distributed by AllAfrica Global Media (allAfrica.com). To contact the copyright holder directly for corrections — or for permission to republish or make other authorized use of this material, click here.