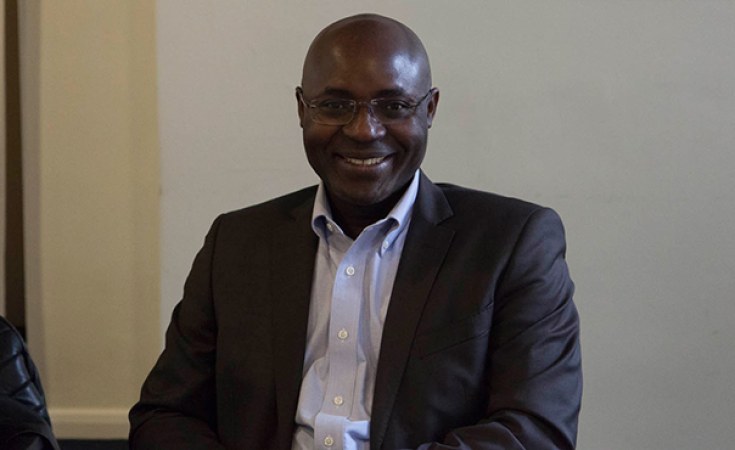 Finally, on May 21, 2018, the plaintiff appeared in court, some three months after the scheduled start of the trial. The former attorney general of the Republic, General João Maria de Sousa (2007-2017), had one condition: The trial had to be held in camera during his testimony. It would no longer be in the office of the attorney general, as he initially petitioned.

Judge Josina Falcão explained that it would be impossible to keep the plaintiff's testimony a secret, because the two journalists on trial would reveal it to the public. She stressed that the General would have to sit on the witness stand like anyone else. No special chair for him.

As he entered the courtroom, he told his security detail to take their seats. His lawyer signaled him to keep them out, and he obliged. He was in an uncomfortable position, his hands trembled throughout the proceedings.

The plaintiff presented three points by way, apparently, of substantiating his case. First, he confirmed that he signed the contract and deed for the land. Second, he claimed to be dogged by my writings - he argued that he did not understand why other state officials were not similarly exposed. Finally, he insisted I should pay for calling former president Dos Santos "the godfather of corruption".

I stand accused of two crimes: insult to public authority, under the Portuguese Imperial Penal Code of 1886, and of outrage against a body of sovereignty, under the Crimes Against State Security Law.

The first accusation was for exposing, in 2016, the attorney general's acquisition of three acres of land, under his name. He requested the land to build a for-profit residential condominium in the coastal town of Porto-Amboim.

In the same article I described how the attorney general often merged his public duties with his private business interests. I demonstrated how, when he was attorney general, he had simultaneously been a managing partner of some of the companies in which he was a significant shareholder, such as Imexco and Prestcom. This clearly violated the Constitution and relevant laws. I explained that I had written to the president exposing these conflicts of interest but received no answer. I concluded that President José Eduardo dos Santos (1979-2017) protected General de Sousa because, as his boss, he was himself the "godfather of corruption." For this, the public prosecution, under the supervision of General de Sousa, charged me of committing a crime against state security.

1. The land was free

With this brief background to the case, we can unpack the plaintiff's testimony.

First, he admitted that he received the land deed free of charge. He acknowledged that he signed the deed and the contract with the provincial government of Kwanza-Sul, in his office (the attorney general's) in Luanda. He claimed to have returned these documents to the province of Kwanza-Sul, through his aide de camp, without keeping a copy.

Furthermore, he said that after signing the deed, he realized that the land was not as close to the beach as he wanted, and the soil was poor, so he abandoned it. He claimed he thus "naturally" lost the right to the land. My exposé of his acquisition, he therefore argued, was defamatory.

The judge reminded him that the process that led to him obtaining a deed under his name was so fraught with irregularities that it was "sickening". How could he have signed the deed without paying, as required by law, to cover some of the initial administrative procedures? How could the process have gone so far if critical documents required for the concession had not been produced? Moreover, the public edict on the land concession lasted only 13 days contrary to the 30 days established by law for people to contest. And what of the peasants removed from the land without compensation? Within two months from his request, the then-attorney general had received the deed. The judge asked him directly "did you benefit because of your position?", "did you bribe?"

General João Maria de Sousa asserted that any citizen would have been pleased with a swift resolution from the public administration. According to him, blame for anything else, including any illegalities in the process, should be placed on the local administration, as he only acted as a citizen.

General João Maria de Sousa, after his testimony in court.

Next, he said that I had singled him out and "persecuted" him, as there were a number of state employees blurring the lines between their public duties and private interests. As an example, he alleged, without naming the person, that a certain public official was simultaneously CEO of a private bank. He also alleged that there were magistrates and ministers who remained engaged with the law firms they owned. He attacked me as unfair for not exposing them all!

In 2013, as a matter of fact, I filed a complaint with his office, requesting that the then vice-president Manuel Vicente be investigated for unconstitutionally holding a directorship in the China-Sonangol International Holding Limited. On December 5, 2016, I lodged another complaint with his office identifying the Minister of State and head of the president's Intelligence Bureau, General Manuel Hélder Vieira Dias Júnior "Kopelipa", as simultaneously holding directorships in his own companies in Macau, China, including "Consultadoria Baía Limitada". Then attorney general, General de Sousa, ignored these complaints and many others.

Even as regarded the land case, I had sent him a questionnaire. In his testimony he claimed to have answered, but that I did not give him enough time and that he did not know where to send his responses, despite my questionnaire including my contact details. He then claimed to have torn up his answers in shock. I only published the article about the land two weeks after being met with silence.

3. The crime against state security

The plaintiff's main strategy took a different course. He insisted that I insulted then President dos Santos, by calling him the "godfather of corruption" for the protection he had afforded General de Sousa.

In 2009, I wrote to President dos Santos detailing General de Sousa's business activities and explaining how they contravened the law. I attached copies of the official daily gazettes in which the articles of incorporation stated clearly that General de Sousa was the managing partner of Imexco and Prestcom. I received no reply.

General de Sousa, however, made an astounding revelation. He said the president had ordered an investigation at the time, and he was called in to justify his activities. He claimed that the president's advisor for legal affairs, Francisco Queirós, had written a legal opinion that exonerated him of any wrongdoing. My lawyer requested that a copy of this opinion be brought to court. The former advisor is the current Minister of Justice.

Two witnesses came from the province of Kwanza-Sul to testify. The first, Alberto Boaventura, was in charge of the local branch of the Geodesy and Cartography Institute, when it processed General de Sousa's application. His line of defense was simple: He claimed to be unable to explain how critical procedures for granting land title were not followed.

Bernardo Maneco, the current head of the same institute, was straight forward: "The process was facilitated because of his [General de Sousa] status [as attorney general]."

After General de Sousa revealed his strategy of focusing on the accusation of the crime against state security, my lawyer complained. At the beginning of the trial the judge made it clear that the trial's focus would be exclusively on the land question. She did not allow us to present any evidence we had gathered or wanted to submit to prove that Dos Santos had protected the corrupt, nor to make any oral arguments about it.

Now, suddenly, the judge was paying attention and focusing on the second crime. My lawyer, Horácio Junjuvili, argued that the two accusations should not have been bundled together in the first place.

The first one, the alleged insult to public authority, merited the police court procedure (or simplified form procedure) under which I am being tried. It only required the public prosecution charges for the trial to proceed, because it carries a maximum sentence of up to one year in prison.

For the second accusation, on crimes against state security, it must be treated as a common criminal procedure, as it carries a maximum sentence of up to four years. It therefore required a preliminary hearing indictment by the judge. Both accusations had only the charges laid by the public prosecution.

The public prosecutor concurred with my legal counsel, while the plaintiff's lawyer contested it.

After informal consultations, the judge authorized my lawyer to file a motion requesting the separation of the charges, so I could be tried separately for the crime against state security. "It eases my burden", she said smiling, stating that she did not want to see me in her courtroom ever again after this case - "too much trouble".

The trial was adjourned until June 15. The saga continues. 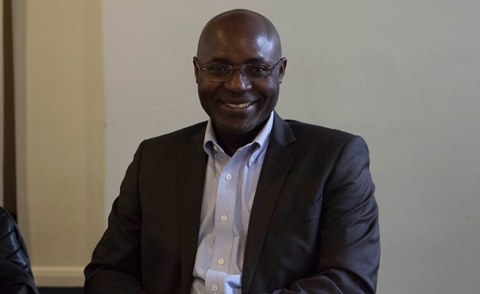 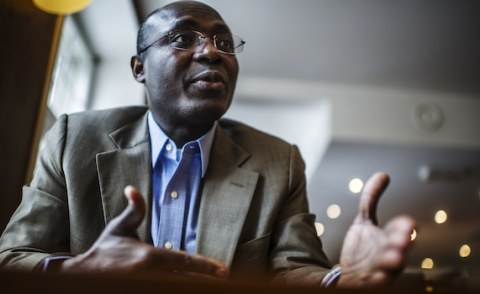 Angolan Govt Passed Law to Allow Money Laundering - Marques
Tagged:
Copyright © 2018 Maka Angola. All rights reserved. Distributed by AllAfrica Global Media (allAfrica.com). To contact the copyright holder directly for corrections — or for permission to republish or make other authorized use of this material, click here.