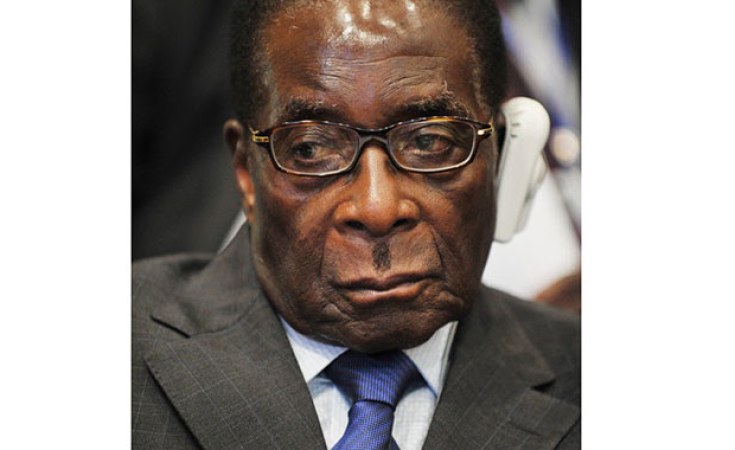 THE Parliamentary Portfolio Committee on Mines and Energy has resolved to issue another invite to former President Mr Robert Mugabe after he failed to appear before it yesterday to give oral evidence on diamond leakages at Chiadzwa.

Mr Mugabe claimed in 2016 that Zimbabwe had lost $15 billion through diamond leakages.

The committee chaired by Norton legislator Mr Temba Mliswa yesterday waited for over two hours for Mr Mugabe at Parliament Building, but he did not show up.

The committee then deliberated and resolved to defer the hearing to next Monday.

This was after conferring with the administration of Parliament.

Addressing journalists, Mr Mliswa said: "In view of the time we have resolved that we will write to him again to appear before the committee on Monday next week at 2pm. The committee is of the view that perhaps 0900hrs that we had given him was too early considering that he used to start Cabinet at 1200hrs," said Mr Mliswa.

"If we do not get cooperation from him as Parliament we have powers to take action, but we would not want to get to that. Our expectation is that he will attend."

He said Parliament would make a determination on a decision by Home Affairs Minister Obert Mpofu to refuse to testify before the committee.

Several photojournalists had gathered outside Parliament to capture Mr Mugabe's appearance before the committee.

The decision to summon the former Head of State and Government follows a claim he made in February 2016, that the country could have been prejudiced of over $15 billion in diamond revenue from Chiadzwa.

'Action' to Be Taken If Mugabe Snubs Parliament