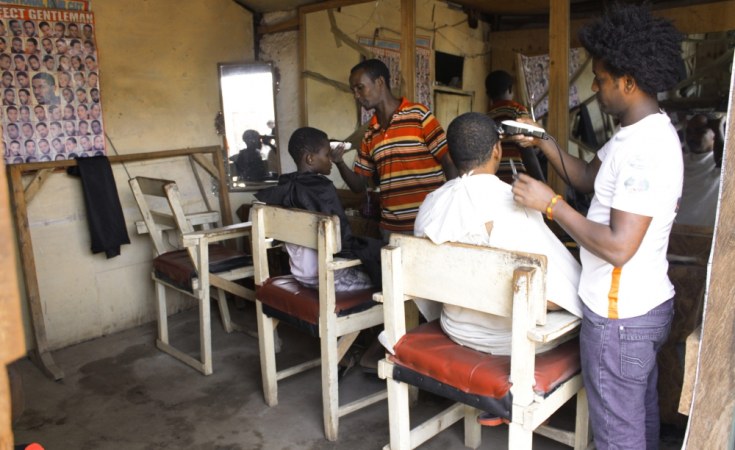 On June 9, Kakuma Refugee Camp will host the first-ever TEDx event at a refugee camp.

The event will take place under a tent at a school in the camp, with an audience of refugees as well as a number of high-profile guests from Nairobi and beyond. It will also be livestreamed on large screens at Kakuma and Dadaab refugee camps.

Currently, the small city of thatched roof huts and mud-brick shelters hosts over 185,000 refugees from countries affected with conflict like South Sudan, Somalia, Ethiopia, Burundi, the DRC, Eritrea, Uganda and Rwanda. Children are the most affected in conflict. Over 76% of the forcibly displaced are reportedly women and children. Nearby, an innovative model settlement - Kalobeyei - is being built, where refugees share services, engage in farming and incubate businesses together with the host community.

In October, 2017, refugees at the camp were reportedly facing hunger after the World Food Programme halved food rations resulting in a double tragedy as more than 400 refugees were also diagnosed with malaria after an outbreak claimed at least 30 lives in several parts of the country.

Kakuma has its share of success stories and surrounding communities such as the Turkana have a good relationship with the camp dwellers. Supermodel Ajuma Nasenyana brought the runway down to Kakuma Refugee Camp a few months ago. She trained 50 refugee models from various nationalities, as well as models from the Turkana host community, where she comes from, to take part in the pageant.

What is a TEDx Talk?

TED is a non-profit devoted to spreading ideas, usually in the form of short, powerful talks. It began in 1984 as a conference where Technology, Entertainment and Design converged, and today covers almost all topics - from science to business to global issues - in more than 100 languages. Meanwhile, independently run TEDx events help share ideas in communities around the world.

A TEDx Talk is a showcase for speakers presenting great, well-formed ideas in under 18 minutes. It demands the audience's attention for a short period of time, decreasing the chance of minds wandering or daydreaming about lunch. Local teams organise events modeled on the TED format (short talks focused on groundbreaking ideas). TEDx has spread like wildfire, and there are currently thousands of TEDx events every year across the world.

It offers a different lens into the reality of life as a refugee, away from the images of devastation and suffering. Stories that uplift and inspire not just the communities that host them but the entire world. The theme, Thrive, supports our belief that empowered refugees can shape a peaceful and tolerant future of our world.

Where is Kakuma Refugee Camp?

Kakuma Camp lies in the heart of Turkana County, in northwestern Kenya. It was established in 1992 to serve Sudanese refugees and has expanded ever since to take in people fleeing war from across Africa. It hosts around 185,000 refugees from South Sudan, Somalia, Ethiopia, Burundi, the DRC, Eritrea, Uganda and Rwanda.

Speakers will include current and former Kakuma Camp refugees as well as international experts and artists who wish to make the world a better place for people forced to flee their homes.

Some of the international speakers that will be present include Halima Aden a Somali-American model, Pur Biel a South Sudanese athlete, Nomzamo Mbatha a South African actress, only to name a few.

The event is made possible by the generous support of organisations like Safaricom, H&M Foundation, UNHCR and many others.

Previous Story
TEDx Comes to the Refugee Camp (AKA Think Your Way Out of Oppression!)
Next Story

TEDx Comes to the Refugee Camp (AKA Think Your Way Out of Oppression!)