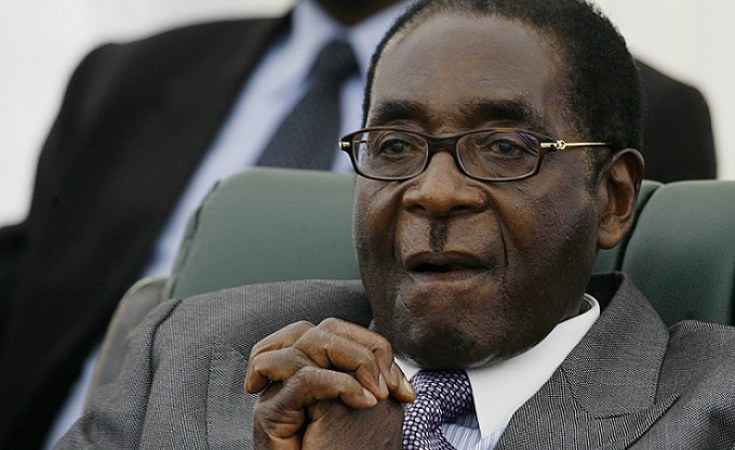 Former president Mr Robert Mugabe faces contempt of Parliament charges if he fails to attend a hearing set for today on alleged leakages of diamonds at Chiadzwa during his reign which he is on record as saying amounted $15 billion. Mr Mugabe failed to show up on Wednesday last week.

Mr Mugabe has been keeping Parliament guessing after he failed to confirm whether or not he would attend the hearing .

He was served with letters inviting him to appear before the committee and clarify claims he made in 2016 that Zimbabwe had lost $15 billion through diamond leakages.

Clerk of Parliament Mr Kennedy Chokuda yesterday said they had been making frantic efforts to get confirmation on Mr Mugabe's attendance.

"We have not got anything as yet. Our expectation is that he attends tomorrow's hearing as agreed by the committee," said Mr Chokuda.

Mr Mliswa said they remained optimistic that Mr Mugabe would attend today's hearing given that the former Head of State and Government understood the Constitution and the role of Parliament.

"I think he will comply because he is a man who understands the Constitution and he is our statesman."

He said Parliament had been magnanimous for Mr Mugabe by arranging that he comes in the afternoon and not in the morning as initially scheduled.

"In view of the time, we have resolved that we will write to Mugabe to appear before us at 2pm, taking into cognisance the fact that 9am was too early because when he was in office, he would do Cabinet meetings late in the afternoon at 2pm," he said.

The decision to call Mr Mugabe followed a claim during an interview to commemorate his birthday in 2016 in which he said Zimbabwe had lost $15 billion through diamond leakages.

The committee waited for over two hours for Mr Mugabe's arrival before dispersing.

Mr Mugabe resigned in November 2017 after Parliament had instituted impeachment proceedings against him over a litany of allegations.

It read as follows: "The purpose is for you to brief the committee on the alleged loss of $15 billion in diamond revenue and the context in which you are alleged to have said that statement. The mines committee believes you may have useful information for the committee to conclude its report."

'Action' to Be Taken If Mugabe Snubs Parliament