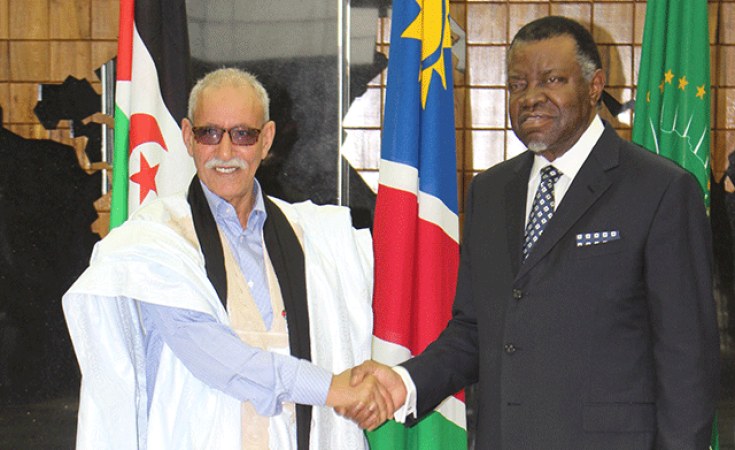 Geingob made the call at State House yesterday during the official visit of the president of Western Sahara, Brahim Ghali, to Namibia. Ghali's three-day state visit will focus on enhancing bilateral relations between the two countries.

The two presidents will also look at the latest developments on the Sahrawi issue at African and international levels.

Western Sahara remains one of the world's last major non-self-governing territories. Morocco controls most of the territory as its southern province.

However, Morocco's rule over the territory is not internationally recognised and is disputed by the Polisario Front, which has claimed independence for the territory. Namibia is among the countries which have supported Western Sahara in its struggle for independence.

During Ghali's visit, Geingob said the two countries enjoyed "outstanding relations", rooted in the struggle for freedom and independence.

He added that the Western Sahara had supported Namibia's liberation struggle.

"The fact that we have accorded you full state honour means that we have a commitment to the Sahrawi people as it happened to us to have a right to self-determination and independence," he said.

"Namibia continues to reaffirm its solidarity with the people of Western Sahara, and calls for the full implementation of the UN settlement plan for that country," Geingob stated.

He said Namibia would continue to contribute to the UN committee tasked with bringing about independence to "colonial countries and people".

Other African Union member countries would also work to "encourage the Kingdom of Morocco and the Sahrawi Arab Democratic Republic" to engage in direct talks.

Ghali, for his part, expressed disappointment at the slow pace of implementation of the UN resolution that was passed in 1991 to pave the way for his country's independence.

He, however, said his country was committed to resolving the conflict through diplomatic means.

"Now, it is time to get rid of the last case of colonisation in Africa by allowing the Sahrawi people to complete their sovereignty over the part of its country that is still under Moroccan occupation," Ghali stressed.

"We call on the international community to assume their responsibility by urgently playing a role in the decolonisation process," he said. 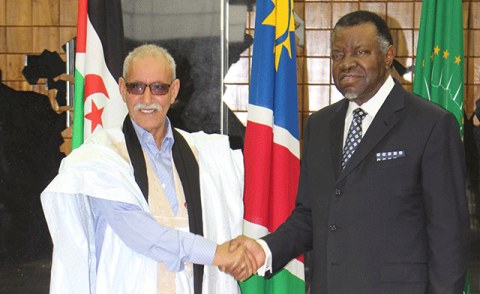 UN Talks on Western Sahara Ended Well - Envoy
Tagged:
Copyright © 2018 The Namibian. All rights reserved. Distributed by AllAfrica Global Media (allAfrica.com). To contact the copyright holder directly for corrections — or for permission to republish or make other authorized use of this material, click here.